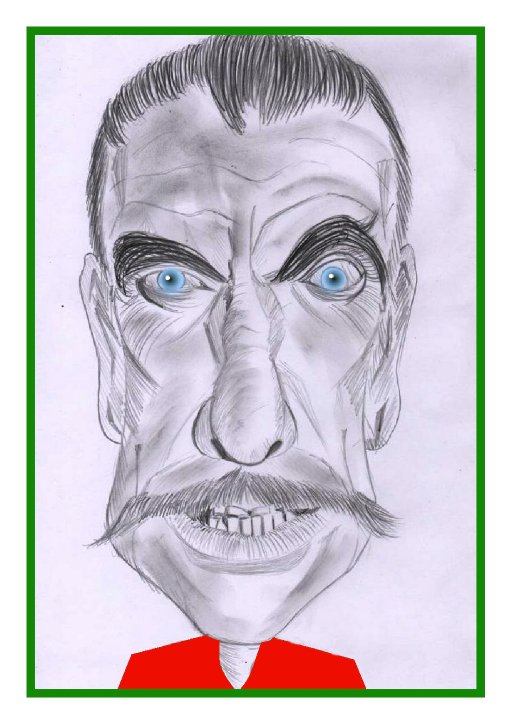 As its July 4th may I be the first to congratulate the people of The United States for keeping my colony in good order for the last couple of hundred years or so.

I was just checking the deeds and I see that your lease is up on December 12th 2015. I never had a great opinion of my forebears but great great great grandpapa Rowley Whistleton Thynne had a whiz of an idea when he bought America for a hand full of shiny farthings back in the days when a farthing was worth something.

By my estimation the return on such a small investment is going to be astronomical. I was just pouring over the US GDP figures for the last decade and I must say even given the odd trillion or so that seems to have been wasted my coffers look like expanding to gargantuan proportions.

Before you start remonstrating that I dont deserve such returns let me put your minds at rest. I AM A GOOD LANDLORD. As my tennents I will care for your every need. Of course as time passes we as a communal ongoing concern will gradually revert to a feudal system of government where I and my lineage the boy Tarquin is very excited about this will become Kings of America. By the by please be assured that in addition to shipping in an impeccable English aristocratic class to run things as twere I will also offer positions of prestige to natural born Americans with an eye for the main chance. Titles such as Duke of Tennesee and Earl of Biloxi will be made available to those with suitable sums of money or daughters of a marriageable age. Im particularly looking forward to handing out the title of Prince of Las Vegas.

Please dont attempt to thank me for my beneficence because as you Yanky chappies would undoubtedly say Thats the kind of guy I am .

Now look here my American chums. You may or may not have heard of the fine game of Rugby Union. Suppose you would be apropos with the notion of unionism as I cant for the likes of me think of anything called Rugby Confederacy but thats by the by.

Rugger is a fine manly game where one can push against another mans buttocks without fear of reprimand of any kind and indeed great admiration is often heaped upon those who indulge excessive physical contact. ( Often wondered why there taint mixed rugger teams though. I would personally volunteer to play in the scrum at no 8 or second row - just to steady the fillies bent over either side of my noddle of course.

But I digress. There is a rumour circulating in the fair valleys that that one time Mr Charlotte Church known to many as Gavin Henson has returned to the Welsh rugby team after many absences; the reasons for absenteeism are varied and wonderful I believe including everything from a lack of appropriate hair gel to the wrong type of toast being served at breakfast. Even more wonderful than the reasons for his absence are the reasons for the blighters return. I cant for the love of all things patrician imagine why this popinjay has returned. It seems to be because he has shown a remarkable lack of prowess in cornering the Canary of Cardiff - a gel with fantastic mineral resources and wealthy to boot and being the recipient of excessive publicity revealing himself as a fellow who couldnt dance his way out of a paper bag.

This is what passes today, it seems, as a sound grounding for taking on the cream of World rugger.

I believe I shall repair to Tahiti in disgust for a month. I have set up a hostel there with Madam Pom Pom of Mayfair in order to help poor good lookin gels get on the straight and narrow. The Memsahib is taking a Spring sabbatical with her personal beautician and gardener called Delroy.


By Quentin Whistleton Thynne, 2010-09-10
GOOD LORD! Having recently recovered from an attack of the vapours I glanced at the Thunderer this very morn only to discover that someone called Roon has been planting his wick in Pakistani bungs whilst intending to burn books of some eastern order.

In my day we'd have none of this flibberjibbery; sportsmen were always gentlemen and devil dodgers were kept at arms length, given a stiff G and T and sent to Calcutta.

Bye the bye - I don't know if anyone has noticed but Blighty is being run ( albeit on a superficial level ) by a bunch of jumped up hooray Henry's who wouldn't know how to organise a two car funeral. Bloody liberalism masquerading as oligarchical bull in a china shoppery just isn't on don't cha know.

What we need is a return to some good old fashioned social prejudice based on money; I have enough lucre to bribe William Gates Esq several times over and indeed have done in the past - he would draw the line at Whistleton Windows however and Memsahib Microsoft was also passed over. ( Memo to self - release another 100 Billion from funds to surpress Google ).

Time to go now my colonial chums. I can here the gin man putting the Gordon's on the patio.

The Hun and I

My man Geoffrey informs me that The Hun has risen its Teutonic head in fair Bloemfontein and the only thing to defend us from Nazi tyranny are eleven stout lads from blighty. Let's hope they have the stuff of Empire to stamp out the jackbooting sausage eaters once and for all.

I remember a tussle or two with Fritz in my time - mostly when I was a member of SOE ( Special Operations Executive ). I was dropped into Baden Baden in 43 in order to create chaos in the Fatherland by starting a spy brothel ring. Couldn't trust the frau and fraulines of course so had to ship in some nice gels from Rodean.

There was Penelope Dimple - Bottom who had a nice line in sado masochism, - Lady Felicia Simpering who could extract more from a man in 30 seconds than a auto da fe full of inquisitors and my own dear Memsahib; the Mem's speciality concerned a bratwurst sausage and two pounds of butter- extraordinary. The point is we taught the Hun a thing or two about ball play.

This brings me back to my original exhortation; England expects every man to thrash the Krauts to within a pfennig of their lives this a'rternoon. Failure to do so will prompt me to cancel the promised Madam Pom Poms soiree at Dave's place SW1.


By Quentin Whistleton Thynne, 2010-06-05
The Boer has landed.The Zulu and Dutch farming stock have dared to set foot on God's own once again. I take this as akin to planting their flag on my front lawn. INVICTUS MY DERRIERRE.Back in the days when men were men and assegai were returned in the best possible manner - at the end of a bayonet - your Sarth African was a reasonable chap. As a friend of mine Lord Chelmsford once said "The only good Boer is a dead Zulu". But then that was in the days of Iswandlhana when we rused the entire Zulu nation into a trap. Only lost some 1200 men but showed them some stuff at Rorke's Drift where the Taff masquerading as soldiers did the English Empire proud.Once knew a gal from Natal called, oddly enough, Tierra del Veldt who could knock a man's balls out of the stadia she played to. Er! That's just not er cricket. Coming dear.QWT
Posted in: default | 0 comments