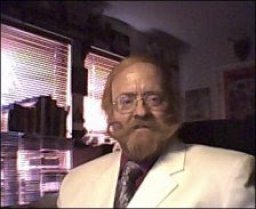 Dr. J. Marshall (Jack) Bevil is a native of Houston, where he also currently lives. He is both a string music educator and a musicologist (B.Mus. with honors, Oklahoma Baptist University , 1970; M.Mus. - Musicology, University of North Texas , 1973; Ph.D. - Musicology, University of North Texas, 1984) with specialization in the history of bowed string instruments, oral-aural musical transmission, British and British-American folk music, and British popular and academic music of the late nineteenth and early twentieth centuries. His doctoral dissertation on the centonate, or oral-aural transmittive, process in Southern Appalachian folksong has been published by University Microfilms, International ( UMI No. 8423854, "Dissertation Services"), and he has published post-doctoral studies in professional journals and presented papers in his areas of specialization, including computer-assisted musical analysis, at regional, national, and international academic convocations in both the United States and Great Britain. He also is the author of encyclopedia articles on John Avery Lomax, Alan Lomax, and Percy Aldridge Grainger; and he has published on the Internet. In addition to his pedagogic and academic pursuits, he is a performer on the crwth, a composer and arranger for string and vocal ensembles (publications on www.sibeliusmusic.com from December of 2004), and a forensic musicological consultant and expert witness in copyright and intellectual property misappropriation disputes.

The Music
play
/
The Interview

1.What prompted you to make the decision to study Celtic music, and why did you specialize in the Crwth?

"I have been aware of my predominately Celtic roots almost ever since I can remember. As a small child, I used to listen to my great-aunt, who was born in 1871, sing some of the old ballads. She and my maternal grandparents, with whom I spent many idyllic childhood summer days, had a lot of the old-country expressions in their speech, even though they were born and raised in the American Midwest. My grandfather Marshall, while not a practicing musician himself, was a lover of fiddle music and owned several shellac-disc recordings of the Irish fiddler Patrick Gaffney in performance. I still remember playing “Green Grow the Rushes, Oh!” over and over, on my grandparents' “wind-up” 1915 Victrola that I now own along with the collection of records, most of which have survived several moves.

My investigation of the crwth started in 1965-1966, during my senior year in high school (S.P. Waltrip, Houston), when my studies in English focused on British literature. I volunteered to find out what Dylan Thomas was speaking of in “Under Milk Wood” with his reference to the crwth and also to parchs (ministers). Already being a violinist, I was fascinated with what I learned about the crwth, gathered more than enough information to mightily tax the patience of the classmates to whom I subsequently discoursed, but personally was left with far more questions than answers. Even from that quick, cursory investigation, I became aware of the many conflicting views about the crwth’s origin, its development, its function, and its place within the large and diverse chordophone, or string, family. Demands of college kept all the questions largely on the back burner for the next four years, except in the case of a research project that I did in my senior year, in connection with which the crwth came up again as a tangential issue. Unable to get it out of my mind and, frankly, being more than a little irritated over being unable to answer a lot of nagging questions to my own satisfaction, I took up the matter in earnest the following year in graduate school at the University of North Texas (1970-’71), as a semester project in my first musicological research seminar. The result was what even then I felt to be a less than satisfactory, seventy-page study that presented the often diametrically opposed views of earlier investigators such as John Hawkins, Anthony Baines, Kathleen Schlesinger, Hortense Panum, Karl Geiringer, Arnold Dolmetsch, and others. While my professor commended me heartily, I was still far from satisfied, so I deliberately spent an extra year and summer on my master’s degree in order to bring closure to something that had been bedeviling me for years. My research took me far beyond the University of North Texas Music Library and other American repositories to the British Museum, the National Library of Wales, Durham Cathedral Library, the library of Trinity College in Dublin, the Welsh Folk Museum in Sain Ffagan, numerous sites where important icons exist such as Worcester Cathedral and St. Mary’s Church in Shrewsbury, and the homes of a number of live informants across the water. The final product was a thesis that, even with substantial cuts, reached dissertation proportions before wrap-up and nearly drove me mad but, at the same time, was a pleasure to prepare. For a number of years after its presentation in 1973, I maintained a running, annually updated volume of addenda that took into account studies that came out after the completion of my thesis, until doctoral study and both teaching and research fellowships forced me, after more than a decade, to lay the matter aside. I still perform from time to time on the crwth, and I still occasionally run across something new in the way of valuable information, such as iconographic evidence. I have no illusions (or delusions) of having answered all questions once and for all, so it’s something to which I plan to return after retirement from teaching, probably sometime within the next couple of years."

2. How widespread was knowledge of the crwth when you began your studies? How difficult was it to obtain information/source materials?

"There was a fairly large amount of superficial knowledge, along with a huge volume of often contradictory theory about both the crwth’s origin and its place in the string family, particularly with regard to its relationship to the violin and its kin. Source materials were rather plentiful, but many of them were both brief and dated, even in 1966. Further, most of them treated the crwth as a side issue, relegating it to the category of curious anachronisms among string instruments. It wasn’t until I located the Meredydd Morris monograph, in the Welsh Folk Museum, that I found a whole book-length document on the subject; and even it, while of enormous value in terms of the place of the crwth in Welsh folk culture, was of limited usefulness in terms of technical matters. My reconstructions of both the genealogy of the crwth and the playing techniques were dependent on an understanding of the entire string family in general and fiddles and fiddling in particular.

As one who was still something of a novice investigator, I had to learn quickly how to pull the necessary strings to obtain access to materials that were in closed-stack holdings, which most of the British repositories were. Fortunately, my major professor had anticipated that and prepared for me a letter of introduction that helped greatly everywhere except the British Museum, where one stickler of a bureaucrat informed me that they did not accept recommendations from American professors, and that I needed to get a recommendation from, perhaps, Thurston Dart at King’s College, London. When I told him that such was quite impossible in light of Professor Dart’s rather recent demise (eliciting a giggle from a pretty girl behind the desk who did not care for the bureaucrat and later told me that she was so glad that he’d been caught in an error), I was told to go to the American Embassy. I later learned that such shenanigans were not official museum policy, but merely reflective of one small individual’s prejudice. At any rate, armed with my letter from the American Embassy, I ultimately gained entrance to not only the reading room but also the special manuscripts room of the British Museum, where ink pens are verboten and even turning a page with a pencil in one’s hand is a cardinal sin.

The Welsh Folk Museum was wonderfully accommodating, not only furnishing sources that I requested but also assigning two staff members to assist me during the several days that I was working there. Assistance with translating the archaic colloquial Welsh in a number of documents was of enormous help, and my assistants even tracked down some material that I had previously known nothing about, including the Morris monograph. In addition, I was allowed to examine, photograph, and measure each of the original instruments and reproductions in the museum’s holdings.

I would have hit an unyielding, insurmountable wall at the National Library of Wales in Aberystwyth had it not been for the assistance of a librarian who aided me with documents written not only in the characteristic backhand script of the fifteenth century but also in late medieval Welsh."