THE WELSH MORMONS’ ADVENTURES IN THE AMERICAN WEST 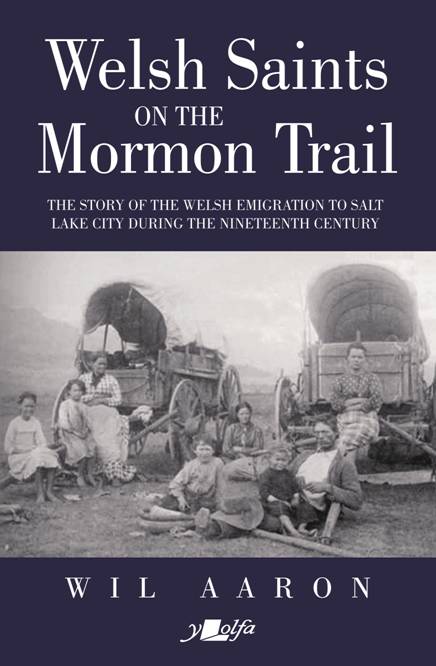 Between the mid 1840s and late 1860s about 5,000 Welsh people, inspired by the Mormon faith, left Wales to start a new life in the far west of the United States. In  Welsh Saints on the Mormon Trail  (Y Lolfa), written by Wil Aaron, the story is told of their journey by ox-carts and on foot from the Mississippi and the Missouri to Salt Lake City, and of their subsequent lives in Utah.

The book explores a little-known episode of Welsh history. The Welsh Mormons were crossing a continent at a particularly dramatic time in American history. The ‘49ers’ and the Pony Express shared the trails with them. They were passed by the first trans-continental stagecoaches. They saw the beginnings of the Indian Wars and the end of the Civil War. Buffalo Bill and Wild Bill Hickock rode the same trails and Calamity Jane and Crazy Horse have a place in their stories. Part of the Mormons religious responsibility was to keep diaries, and hundreds of these documents describing their adventures are now kept in the Church archive of the Mormon Church History Library in Salt Lake City. Wil Aaron has made good use of this rich resource and of the Welsh journals and memoirs collected on ‘ welshmormonhistory.byu.edu ’.

“This is a book about the grit and steadfastness of ordinary men and women whose remarkable tale deserves a place in the history of the Welsh people,” says author Wil Aaron.

Professor Jerry Hunter of Bangor University writes, “Here is a volume I shall return to time after time, and I know that others will do likewise. The author has consulted extensive historical resources and has discerningly deciphered them, arousing anew an interest in the story.”

Wil Aaron’s career has been in television. He has made documentaries and factual programmes for the BBC and HTV in Cardiff and in London. His production company,  Ffilmiau’r Nant , produced many of S4C’s early successes.