'Reclaim Our Heritage And Stamp It With The Red Dragon!' - An Interview With Dafydd Prys

AmeriCymru » Blog » Mabinogion » 'Reclaim Our Heritage And Stamp It With The Red Dragon!' - An Interview With Dafydd Prys 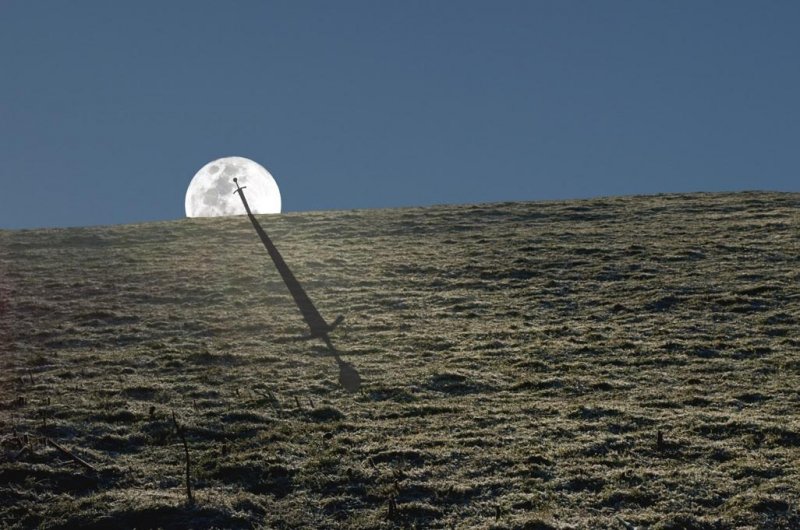 AmeriCymru: Hi Dafydd, care to tell us a little about your Welsh background and the reasons for your move to Seattle?

Dafydd: Hello, and thank you very much for letting me write a little bit about my time here in Seattle, and hello to everyone reading.

I was brought up in Wales in an idyllic fashion just outside Aberystwyth, there must have been something about the place as I stayed there to study theatre at the University of Wales. Since graduating I’ve worked in the fields of theatre, TV, and mostly publishing and content creation.

The reason for moving to Seattle must be ingrained in my work, somewhere in the cracks where those creative industries meet, loose like brethyn, clanking around in my head. I guess it starts with storytelling, as all good stories do! Stories are tremendous and good storytellers are among my absolute favourite people, but I’ve also been inspired by that void in the centre between story and person where descriptions, narrative and dialogue become manifest in the minds’ eye. Which is a long way to write that I’ve come to develop interactive products, or more specifically video games, that seek to celebrate, promote and bolster Wales’ vast mythology and history. I am going to create a video game that places our folk tales, history, culture and mythology centre stage. Which is, if you ask me, about time we present our own stories to the world rather than having other cultures wrap them up and show them back to us, busted up and malformed.

How many of us have had to grit our teeth through yet another Hollywood extravaganza that shred the sails of our mythology? The Hollywood Reporter posted an article detailing that Disney are considering revamping their animated ‘classic’, The Sword in the Stone , in the same manner as the recent Beauty in the Beast i.e. as a live action flick, and genuinely, a little piece of my heart floated away like one of Terry Gilliam’s animated suicidal leaves. But it’s not just Disney, it’s other film companies, the BBC , and renowned authors that are knowingly using the mythologies to their own ends, usually uncoupling them from their cultural history. But specifically The Sword in the Stone is an absolute travesty to the legacy of the Mabinogi and seriously questions how mythologies should be treated by those that do not sympathise with that culture.

AmeriCymru: Was it that bad?

Dafydd: For anyone that doesn’t know, the film follows the story of the young ‘king’ Arthur but portrays him in the manner that English Revisionists and French Romanticists portrayed him: Camelot, the sword in the stone and being king of England and all that guff. In itself, that’s not too troublesome, Arthur was a cool dude, many have borrowed him. The problem is within the film they entwined whole sections of the expanded Mabinogi, for example the shapeshifting chase of Taliesin, or Gwion Bach. None of this would be a problem if general audiences were aware of the Mabinogi and where they came from and what they represent but they don’t. And all of a sudden there it is, right in front of you, Arthur is king of England and parts of the Mabinogi are English, or worse, British in the modern political sense. A massive part of our culture and mythology are wiped out, our stories, they’re gone, assimilated by cinema, a drive-by culturing. If you have no stories, you have no past; where do you come from, what do you dramatise for your children? The words and sounds that vibrated your geography thousands of years ago, none of that is connected to you anymore, you are voiceless.

AmeriCymru: Do you have a plan to ensure that those voices are heard?

Dafydd: The third rule of thermo dynamics will tell you that everything that exists will one day perish: I’m fine with the end of existence, I just draw the line at theft. That’s what myself and some very talented friends are going to do (I call them friends , they are decades-old veterans of the video game industry, amazing musicians and extremely talented artists), we’re going to stop the (mostly unknowing) leaching of our heritage, we’re going to reclaim it, stamp it with the red dragon, celebrate it, share it and we are going to make people curious. We’re going to make new games and new friends.

You might be able to tell I’m somewhat passionate about this stuff...

AmeriCymru: How do you think that the medium of video games can be used to promote an awareness of, and interest in, Wales and Welsh Mythology?

Dafydd: Video game enthusiasts are extremely comfortable when devouring content that ascribes to fantastical elements or narratives that allow flights of fancy, or in other words, to walk in another person’s shoes. They are also however an extremely sophisticated bunch, when they want to be, as people generally are, and are very open to new histories and mindsets. Add to that a voracious audience who can never seem to have enough of fantastical elements (just look at the bestseller lists and TV such as Game of Thrones ) and you have a ready-made bed of support for our mythology. So you’re already looking at a sizeable number of people that would be interested, crumbs, if Disney are looking at reinventing their fantasy genre you KNOW you have the numbers for it.

My intention is to fully bake our culture and our history into this experience, not just the characters of our legendary past but the people of our present. I want people to hear the real voices behind these characters, I want them to see the little corner of the planet that Wales rests and the men and women on top of that, and I want it to play a full part in reclaiming our own heritage. When you own a history then your future can be as bright as you want it to be. Now I’m not claiming for one second that Bendigeidfran , for example, is historical, but he represents a history of a people, and of storytelling, like an arrow through time straight into your head or my heart. With Easter coming up I fully sympathise with Christians when they imagine the body and blood of Christ in the Communion, it’s a direct line, in a way, through time to something that is precious to them. That’s how I view the Mabinogi and all the glorious characters within, it doesn’t just call out through history, it lives today in the way that I think about things and view the world. If it doesn’t exist then we are different people, which is no bad thing in and of itself, but as I have a view of it from personal development, as many Cymry do, then it is imperative.

When people are knowledgeable on any given subject they make better decisions around that subject. If more people know about Wales, that’s good for Wales. We’ve got to increase visibility and tap into this enormous market, especially considering our tourism industry is pushing the Year of the Legend .

Also, speaking plainly, there would be no Western video game RPG experiences (such as Dragon Age , Skyrim , The Witcher ) without the Mabinogi. In all but name those things are The Mabinogi, that is a cast iron fact and it’s about time we started getting some credit.

Add onto that that Wales literally looks like most fantasy tropes: mountains, frozen lakes, caves, rolling upland, staggering beaches, some trolls in the pubs. We should rebrand Gwynedd as Mabinogiland! So I’m certain the tourism people will be (very) happy with me. I will be baking in real world locations into the experience.

I expect a bronze leek, signed by Carwyn, on my mantelpiece.

AmeriCymru: Do you have any initial ideas/concepts that you would be willing to share with us?

Dafydd: I can certainly tell you that our finest storytellers will be utilised as vocal artists and really exciting musicians from Wales will be involved, parts will be live action, with documentary-like elements. We have some solid ideas, but the problem is – and it’s a really great problem to have – where do you start?

The Mabinogi is awesome, right? One minute there’s a space/time conundrum with Pwyll unable to catch Rhiannon on a horse, she consistently stays the exact same distance away (the answer: just ask her to stop, a none too insignificant vision of gender relations) the next she’s forced to carry guests into their home on their back because she’s been framed for the murder of their son (spoiler alert).

We will be isolating the elements appropriate for a sophisticated interactive experience, otherwise it would be a MASSIVE undertaking. But foremost it absolutely has to be fun, it cannot be slow and sluggish and it can’t be too difficult to navigate. Then you look to reduce the components: does the narrative drive the experience or does the interaction unpeel the story? Will the visuals call out to recognisable elements that users are comfortable with or comb against the grain and arrest those expectations. These are among the many major questions we are looking at as interactive artists.

Thankfully I am currently under the wing of some amazing people who have such drive, enthusiasm and grace and they are helping me navigate these early few years in a new industry. They have worked on similar projects in the past and know what they’re doing. I will owe them a great debt. Literally. They’re very expensive. (If they are reading this is a joke of course.)

The easy answer to that was ‘no’.

AmeriCymru: Of course there is an online game ( Mabinogi ) which at least nods its head in the direction of Welsh Mythology. What do you think of this game? Will your project be in any way similar?

Dafydd: While it’s called Mabinogi it has nothing whatsoever to do with Welsh mythology. You’ll have to ask Nexon (the publishers) why they decided to use that name. They dip into Irish mythology somewhat, but that’s as close as it gets. And this is one of the problems that I’ve recognised, developing video games is a very narrow field, you have to have a range of skills, training and experience to even consider it. It’s highly unlikely that anyone in that field will have sufficient knowledge to be able to treat subject matter such as under-represented cultures’ mythology with the sophistication that matter deserves. Hopefully that’s where people like me come in. I may have to have a conversation with Nexon regarding that branding.

AmeriCymru: Over what time scale do you hope to bring this project to fruition?

Dafydd: Yes we are looking for investors, I have some detailed financial profiles for anyone looking to invest in our project. If you want to be a part of reclaiming, celebrating and making visible Wales’s heritage and culture in the minds of millions then please do give me a call. Video games cost money but are lucrative in the long-term. I am not ashamed of the fact that along with our lofty goals, profits will follow based on competitive benchmarks for similar products.

'Reclaim Our Heritage And Stamp It With The Red Dragon!' - An Interview With Dafydd Prys https://t.co/MlsPflvcc1 pic.twitter.com/4tTEIFUM90