Cawl - The National Dish of Wales

Most visitors to this site will have been tempted to experiment with traditional Welsh cuisine. Some may have been frustrated by the difficulty of establishing precisely what constitutes a traditional recipe or by the perceived difficulty of recreating old Welsh cooking methods.

The recipe below solves both these problems. It is easy to prepare (you will not need a three legged cauldron) and it is entirely traditional. It is also cheap (about $25 for ten servings or more) and highly nutritious and delicious.

This recipe is inspired by, and very similar to, one recorded by Mati Thomas for her 1928 National Eisteddfod Entry - A Collection of Welsh Recipes . For more about Cawl and traditional Welsh cuisine please see the article after the recipe below. 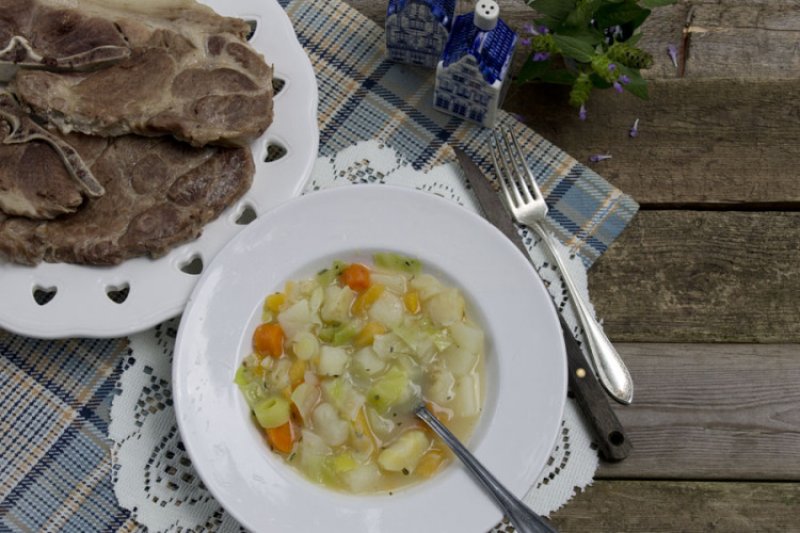 Traditional Welsh cawl made with blade steak shoulder of pork. 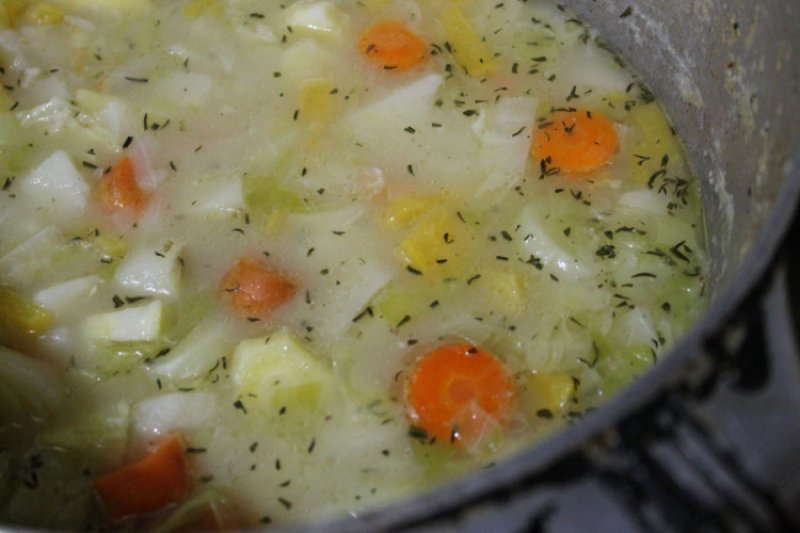 The term cawl means 'broth' in Welsh and it is often regarded as the national dish of Wales. It is important to remember that there were almost as many varieties of cawl as there were households in which it was cooked . This perhaps is not surprising when one considers that the dish has been in existence for many hundreds of years and that Welsh traditional recipes have seldom been recorded in written sources. It should also be borne in mind that cawl is essentially a stew of root vegetables and meat, and that what went into it was invariably whatever was to hand.

Nevertheless it is perhaps possible to distinguish between older and more traditional cawl recipes and the modern and more sumptuous varieties available in Welsh restaurants today.

The Wikipedia has the following to say about cawl :-

Cawl was traditionally eaten during the winter months in the south-west of Wales. Today the word is often used to refer to a dish containing lamb and leeks, due to their association with Welsh culture, but historically it was made with either salted bacon or beef, along with swedes, carrots and other seasonal vegetables. With the introduction of potatoes into the European diet in the latter half of the 16th century, this too would become a core ingredient in the recipe.

The meat in the dish was normally cut into medium-sized pieces and simmered with the vegetables in water. The stock was thickened with either oatmeal or flour, and was then served, without the meat or vegetables, as a first course. The vegetables and slices of the meat would then be served as a second course. Cawl served as a single course is today the most popular way to serve the meal.

So perhaps, if you are looking for a pre 16th century variant you should drop the potato and substitute a turnip?

The recipe presented on this page is adapted from a 19th century (and probably earlier) cawl variant recorded by Mati Thomas in her 1928 National Eisteddfod Entry - A Collection of Welsh Recipes . Our source for this is the excellent Traditional Food From Wales by Bobby Freeman. Her book is without a doubt the most important work on traditional Welsh cuisine available today.

In conclusion I would like to say that this recipe has a delightful simplicity about it. Only one pan is used throughout and nothing is thrown away. The full flavour of the meat and vegetables combine to form a delicious broth which also retains much of the nutritional value. The use of only a single herb underlines the fact that the dish preserves much of the natural flavour of its ingredients thus rendering additional seasoning redundant.

Of course the use of a single pan (or three legged cauldron) was perhaps necessitated by the cooking conditions of the times. Probably there were no other pots available. Likewise there may well have been a paucity of herbs and seasonings from which to choose. However that may be, the result is a culinary masterpiece and a triumph of 'primitive' cuisine.

As Milton's Comus once said "One sip of this will bathe the drooping spirits in delight beyond the bliss of dreams. Be wise and taste!" 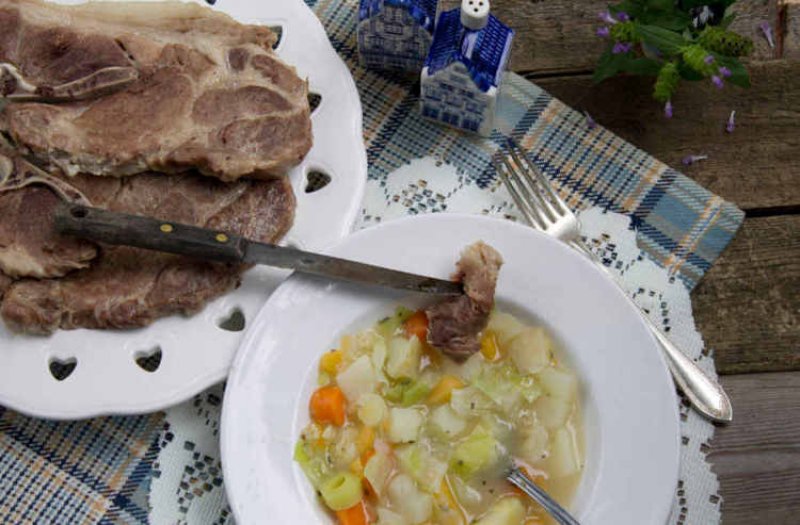