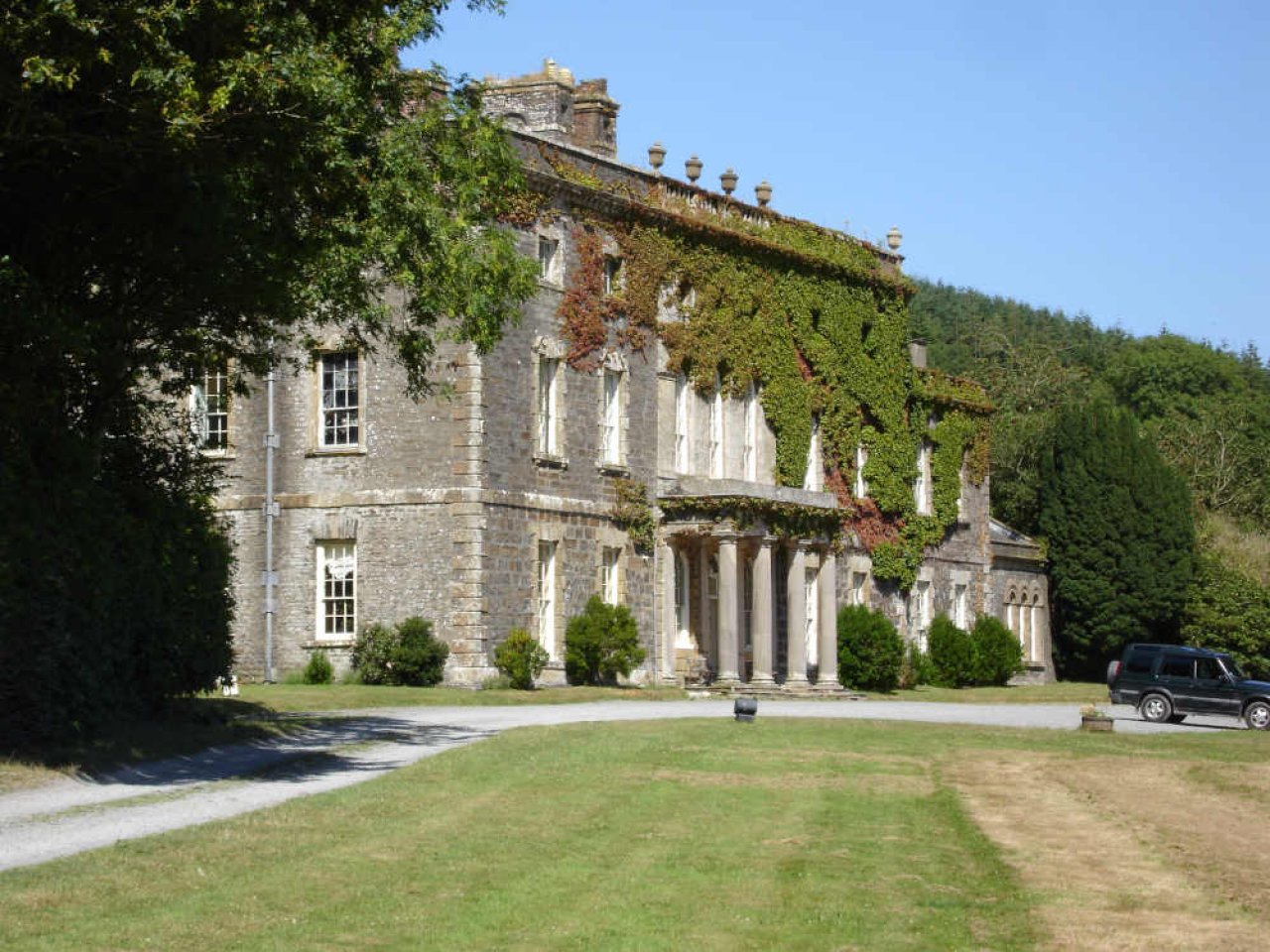 Nanteos (Welsh: Plas Nanteos, Nanteos Mansion) is an 18th-century former country house in Llanbadarn-y-Creuddyn, near Aberystwyth, Ceredigion, Wales. A Grade I listed building, it is now a country house hotel.

The current building was constructed between 1738 and 1757 for the Powell family, with the Shrewsbury architect Edward Haycock Sr. designing the stable block in the 1830s, and William Ritson Coultart designing the east wing and rear offices in 1841. The family occupied the house for some 200 years up until the last of the Powells, Margaret Powell, who died in 1951. At its peak the Nanteos estate comprised some 31,000 acres in 1800, covering most of what is today Aberystwyth, and was the major employer of the county. The name derives from the Welsh for "brook" (nant) and "nightingale" (eos). READ MORE HERE https://en.wikipedia.org/wiki/Nanteos_Mansion