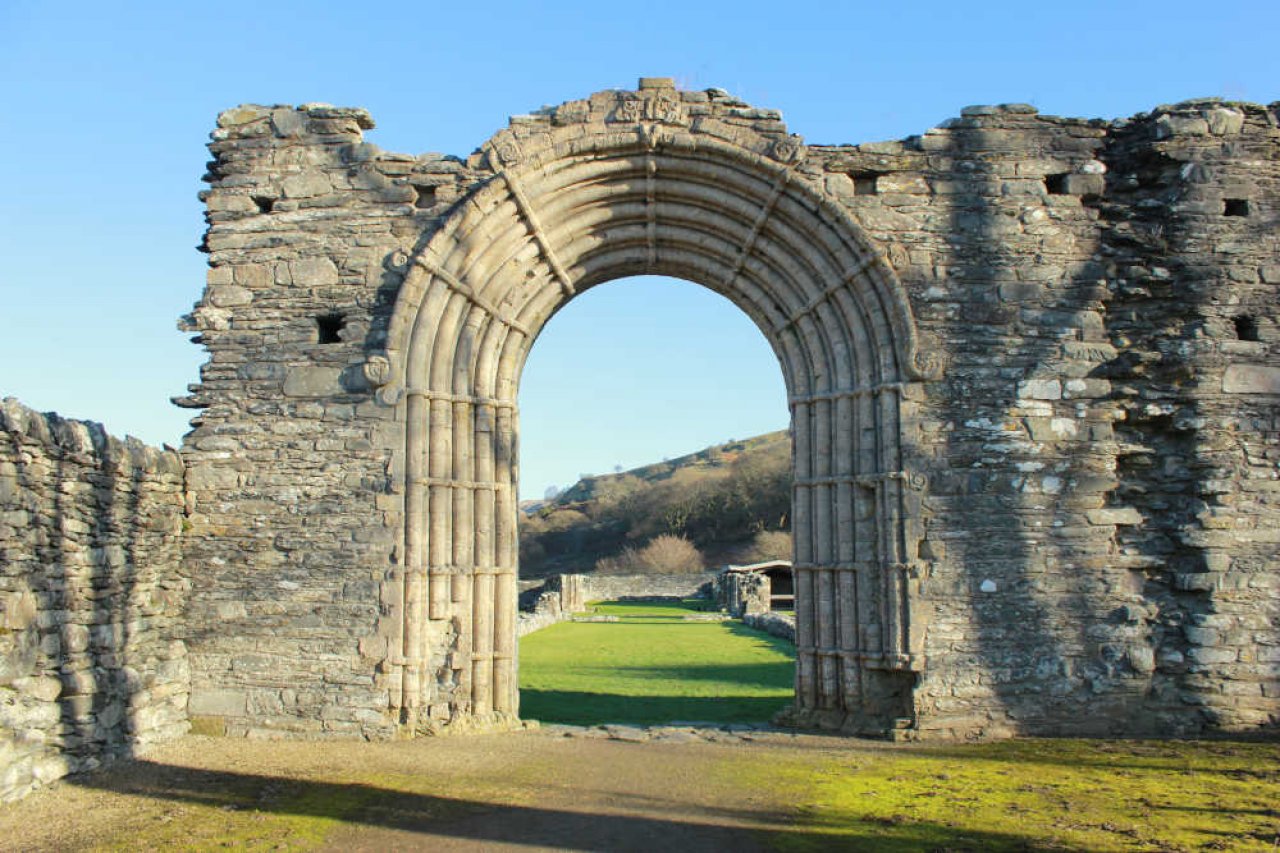 Strata Florida Abbey (Welsh: Abaty Ystrad Fflur) is a former Cistercian abbey situated just outside Pontrhydfendigaid, near Tregaron in the county of Ceredigion, Wales. The abbey was founded in 1164. Strata Florida is a Latinisation of the Welsh Ystrad Fflur; 'Valley of Flowers'; the Welsh word ystrad is synonymous with strath and dale, while fflur ("flower") is also the name of the nearby river. After the region around St Davids was firmly occupied by the Norman Marcher lordship of Pembroke by the early 12th century, with St Davids firmly under Norman influence thereafter, the princely Dinefwr family of Deheubarth transferred their patronage to Strata Florida, and interred many of their family members there. READ MORE HERE https://en.wikipedia.org/wiki/Strata_Florida_Abbey