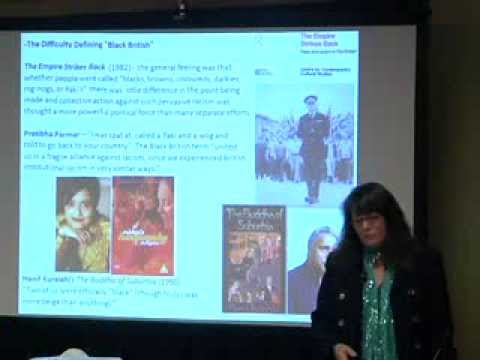 An Interview With Tracy Prince - Author of 'Culture Wars in British Literature: Multiculturalism and National Identity'

AmeriCymru: Hi Tracy and many thanks for agreeing to talk to AmeriCymru. How would you characterize the theme or central thesis of your recent book 'Culture Wars ' ?

Tracy: Thanks! Ive appreciated learning about the good work AmeriCymru does to promote Welsh writers in English. Good stuff!

Heres the blurb my publisher put on the back of the book:

The past century's culture wars that Britain has been consumed by, but that few North Americans seem aware of, have resulted in revised notions of Britishness and British literature. Yet literary anthologies remain anchored to an archaic Anglo-English interpretation of British literature. Conflicts have been played out over specific national vs. British identity (some residents prefer to describe themselves as being from Scotland, England, Wales, or Northern Ireland instead of Britain), in debates over immigration, race, ethnicity, class, and gender, and in arguments over British literature. These debates are strikingly detailed in such chapters as: "The Difficulty Defining 'Black British'," "British Jewish Writers" and "Xenophobia and the Booker Prize." Connections are also drawn between civil rights movements in the U.S. and UK. This generalist cultural study is a lively read and a fascinating glimpse into Britain's changing identity as reflected in 20th and 21st century British literature.


There are many "cultures" in/connected to Cymru. One comes with a glass of brown nectar and a red rugby arm lifting; one is on its knees singing for the souls of the red-armed sinners; another thinks it can think itself into view; another writes about all the above. But just like the Flowerpot Men, the gardener never knew they were there.

Great work Ceri! A little visibility won't hurt the diversity that is Wales.


As an American English lit major of Welsh heritage, I very much appreciated this discussion.


Although we didn't do the eisteddfod this year, it was a total BLAST! The events went off well and it was wonderful to get to meet Mike Jenkins and Phil Rowlands in person and to hang out with them and with Chris Keil. Thank you to everyone who made this happen: Dr. Tracy Prince, Mike Jenkins, Chris Keil and Phil Rowlands, Sarah Woodbury and the wonderful Jonathon Morrow at Mt Hood College!


A thoroughly enjoyable and informative session. Thanks all round.


We will be adding a blog post tomorrow with pics and a short account of the event.