Pigeon Wigs release their B-side 'The Way You Do'

With just a few weeks to go until the end of 2021, the mighty  Pigeon Wigs  are closing it off in classic Pigeon Wigs style by releasing their monstrous B-side  The Way You Do.

The Way You D o was written hastily amidst the days-old wreckage of a break up, with lyrics heavily inspired by the self-criticism and the guilt that followed.

Using this song as a confessional, an emotional outlet (like all good songs),  The Way You Do  speaks of a very visceral point in lead singer, Harry's, life. "It was cathartic to get out. I may look back at the situation all slightly differently now, but I would never change the lyrics because they were my feelings at that point in time" explains Harry.

The Way You   Do  is a rip-roaring release layered with that signature Pigeon Wigs vocal that people have already come to love, fuzzy guitar, huge choruses, and a hook that you just can't leave alone.

So far, Pigeon Wigs have already gained support from the likes of Adam Walton and Bethan Elfyn of BBC Radio Wales, with Adam labelling their debut as "Sexual and somewhat primal". Pigeon Wigs also featured as 'This Is The Music's' band of the week.

Pigeon Wigs are a 6-piece rock ’n’ roll band newly sprung from Cardiff’s fertile soil. Formed from the writing partnership of Harry Franklin-Williams & Louis Jugessur, their music ranges from the bombastic and unrelenting to the sombre and fragile, indulging whatever genre best suits their aims while maintaining a through line that one can only describe as Pigeon Wigs.

All Clwb Music artists will be under one roof for one night only! 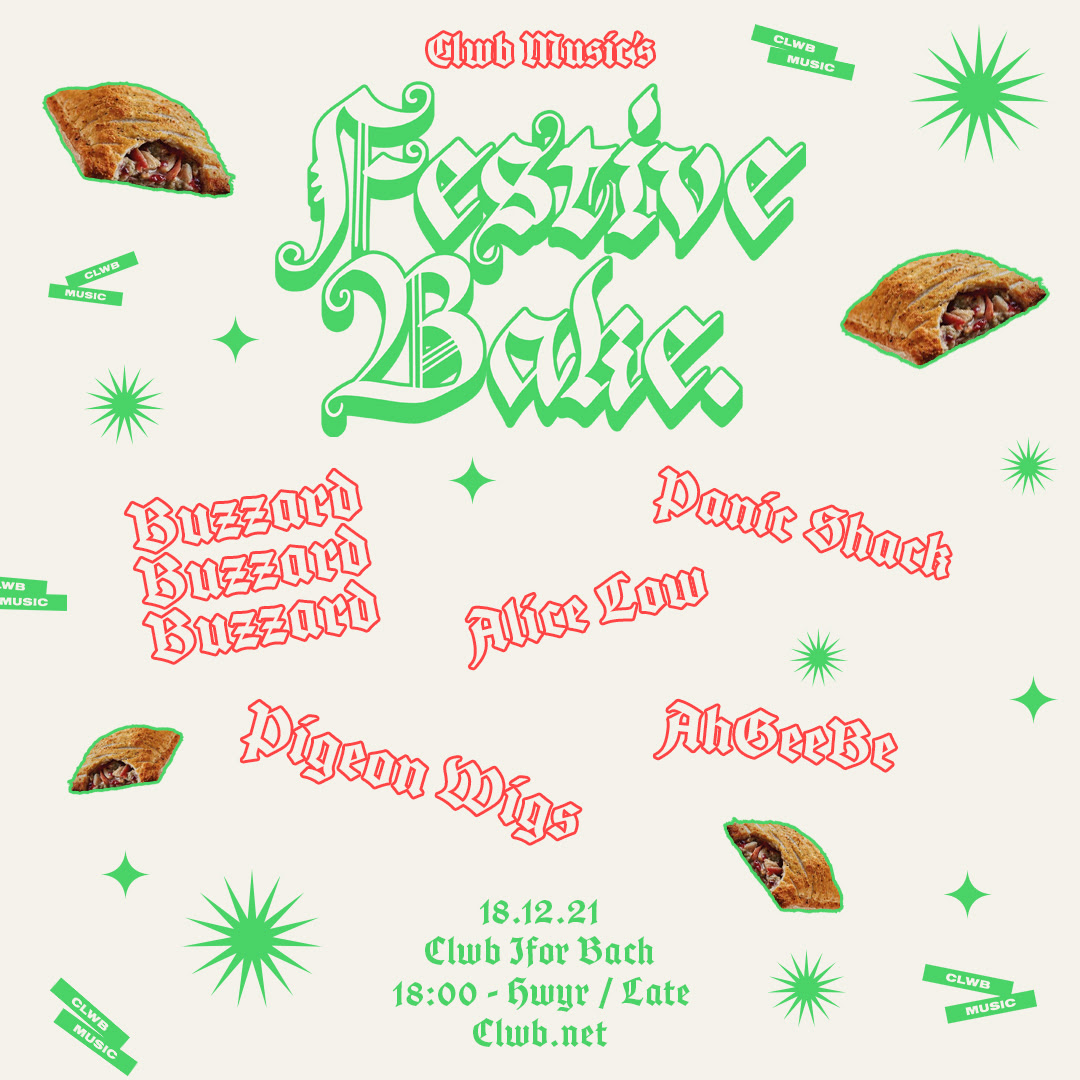