Celebrate the patron saint of Wales' day with the Portland Phoenix Chamber Choir and the Welsh Dragon Choir, as they sing traditional songs of Wales and other cultures. There will be music followed by dessert and a silent auction.

The concert is to raise funds for the Chamber Choir's trip to compete at the Llangollen International Eisteddfod in Wales in July 2019. 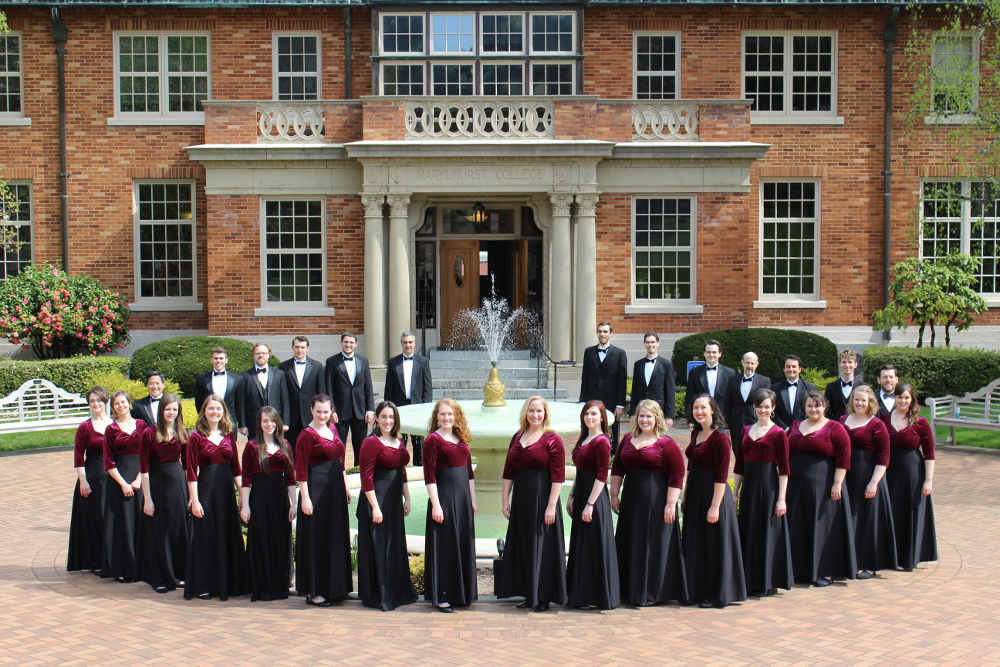 AmeriCymru: Hi Justin and many thanks for agreeing to this interview. What can you tell us about the history of the Phoenix Choir?

Justin: The Portland Phoenix Choir is a new non-profit choral organization made up of two separate choirs - the auditioned Chamber Choir and the non-auditioned Choral Union. It's made up of students, faculty and community singers who used to perform as the Marylhurst University Choirs. Sadly, Marylhurst, where I served as Director of Choral Activities, unexpectedly closed last spring, leaving us all musically homeless. In a really touching gesture, the singers asked me if we could continue singing together - thus the Phoenix choirs were born, choosing as our name the well-known image of the mythical bird that resurrects itself from its own ashes. It's our Chamber Choir that is traveling to sing and compete in Wales this summer.

AmeriCymru: You will be performing at the Llangollen Festival in north Wales this year. Care to tell us more?

Justin: It's a huge honor even to be accepted to compete at the Llangollen Eisteddfod. It's know worldwide as one of the finest choral festivals on the planet, and this year they received over a hundred applications. We're competing in two categories against choirs from all over the world. The winning choir gets the title of Choir of the World and the Pavarotti Trophy (named after the famous singer), but in reality, we're just thrilled about the chance to hear so many exceptional groups from all over the world, as well as represent Portland, Oregon, the Pacific Northwest and the United States on a highly visible global stage.

AmeriCymru: I guess transporting and accommodating a choir to an event like this is a massive logistical exercise. How are your plans proceeding thus far?

Justin: It's a logistical challenge, true - but it's a financial challenge above all. Since we're a non-profit that's literally six months old, and no longer have a university backing us up with their resources, raising the money to go is a tall order. Our singers are rich in musical talent but not so in financial resources. So we're looking for community partners interested in helping us represent the region and the world, as well as create ever stronger ties between Wales and the United States.

AmeriCymru: You have a fundraiser on March 1st here in Portland. Can you share the details?

Justin: Yes, we're very excited to collaborate with the Portland Dragon Choir, our city's fine Welsh chorus, on Friday March 1st. I'm sure I don't need to tell your readers that's St David's Day, the feast day of the patron saint of Wales. The music will feature Welsh favorites, storytelling, a silent auction, and our Chamber Choir singing the music we're taking to Llangollen. It's Friday, March 1st at St David's of Wales Church (of course!) in SE Portland, and tickets can be purchased online at wales.brownpapertickets.com.

AmeriCymru: How would you describe the choir's repertoire? Will you be performing any old Welsh choral favorites at Llangollen?

Justin: Our repertoire is quite eclectic; everything from sixteenth century polyphony, to challenging modern works, to African-American spirituals. En route to Llangollen, we're honored to be invited to sing two Evensong services at Christ Church in Oxford, so we're diving into that Anglican repertoire, too.

But we mainly want to celebrate Wales's incredible and beautiful choral singing tradition. We're currently learning "Calon Lan," so that we can be sure to please our Welsh audiences! We'll also be singing a Gymnafa Ganu in June at Bryn Seion Welsh Church, which looks like it will be terrific fun. Welsh is such a beautiful language, but quite difficult, so learning to sing it has been quite challenging!

Justin: We cordially invite you to attend our St David's Day Benefit Concert on Friday March 1st, to celebrate Welsh-American friendship and the choral music, songs and storytelling of Wales, and help us get across the pond to represent America at the Llangollen Festival. More information can be found at wales.brownpapertickets.com or, if you use Facebook, here: https://www.facebook.com/events/313780339242497/ 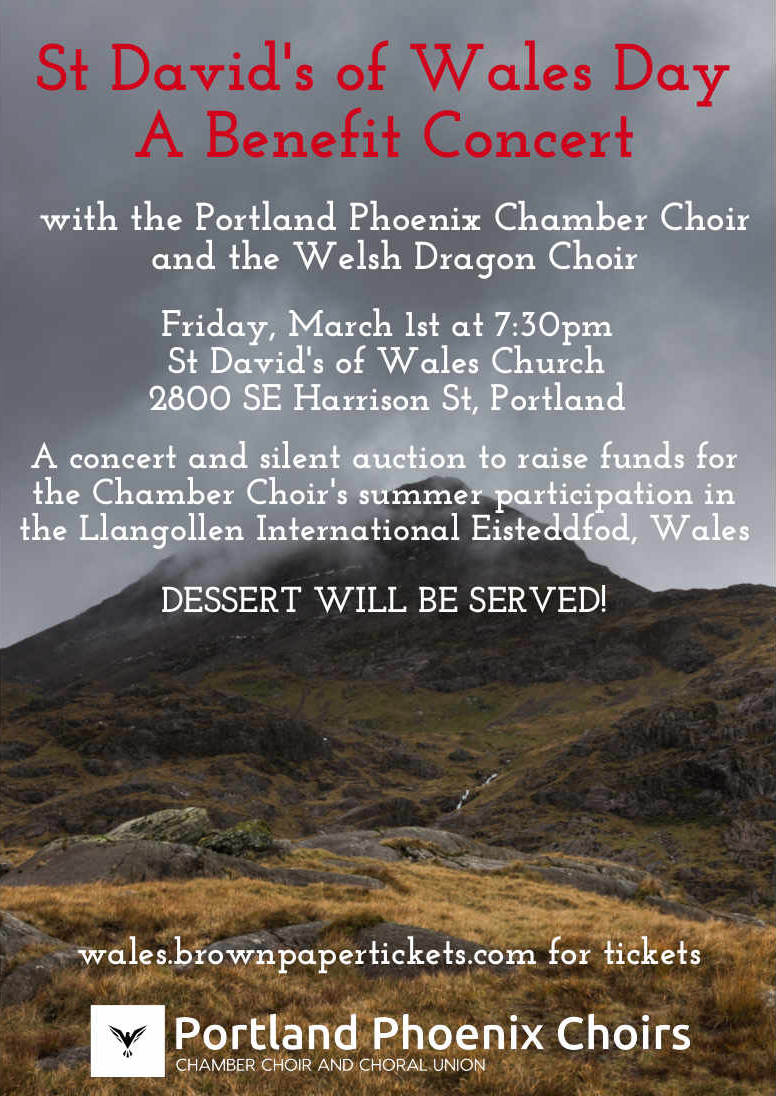