Photos: 6
AmeriCymru's St David's Day Ambassador to the World, Gwenno Dafydd, speaks about this years celebrations; the parades, the banners and the St David's Day Anthem. She also discusses her plans to help make the event even bigger in the future. The number of parades nationally has grown from one to twenty five since 2004 and we at AmeriCymru would like to thank Gwenno for her leading role in this development and wish her all the success in the world with her future efforts. Diolch yn fawr Gwenno

THE TRUTH BEHIND SAINT DAVID OF WALES REVEALED IN NEW BOOK

The truth behind the myth of Saint David has been revealed this week with the publishing of a book that will throw new light on the mysterious life of Wales’ patron saint.

In Pursuit of Saint David  by historian Gerald Morgan follows the life of Saint David, looking at how the myths and traditions that surround the historical figure have come to be and how he eventually became such an important part of Welsh history.

‘His is a most remarkable story’ says Gerald Morgan, ‘Everyone in Wales knows something about Saint David, the patron saint of Wales – that he lived long ago, that Saint Davids was his home, and that the ground in Llanddewi Brefi rose up from under his feet so everyone could hear him’.

‘But who was David really? What did he do? The purpose of my research is to help people know about the many-sided figure who was and is the patron saint of Wales – Saint David – through the centuries.’ explained Gerald, ‘It will attempt to determine what we can know about David – man, saint, patron and legend.’

And Gerald says that there will be some unexpected surprises along the way.

‘St David was and is a man for all seasons. His was a shadowy figure who became a major personage in the medieval British pilgrim movement. This is a saint whose name was a war cry on the lips of the fierce Cambro-Norman invaders of Ireland in 1176’ he explained, ‘To others, David was a figure of significance at the Reformation, when some claimed him as a representative of Christianity, uncorrupted by Roman Catholic teaching, at a time when England was pagan. To the fantasist-historian Geoffrey of Monmouth, David was a nephew of King Arthur, the successor of Dyfrig as archbishop of Caerleon and then St Davids’

‘He became a favourite of the Welsh poets until the Reformation, as well as of Henry Tudor’ added Gerald, ‘Every generation has refashioned David to fit the times and he has survived in the consciousness of the Welsh people to this day’.

Saint David’s name is now given to hundreds of colleges, schools, clubs, business centres, concert halls and hospitals worldwide. He is celebrated in Wales and in societies around the world on the 1 st of March.

Gerald Morgan is a teacher and historian. After teaching English at Ysgol Maes Garmon and Ysgol Gyfun Aberteifi , he became headmaster of Ysgol Gyfun Llangefni and then Ysgol Gyfun Penweddig, Aberystwyth. He has published a substantial number of books and articles, most particularly on the history of Ceredigion and Wales.

In Pursuit of Saint David by Gerald Morgan (£5.99, Y Lolfa) is available now.

CHECK OUT THE RECIPE HERE 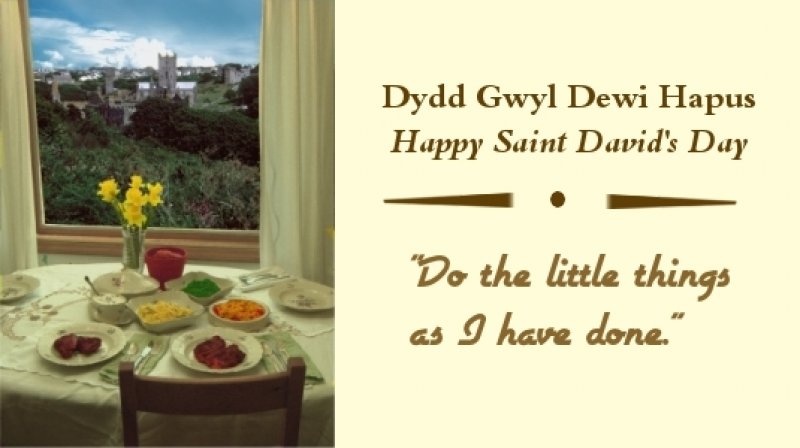 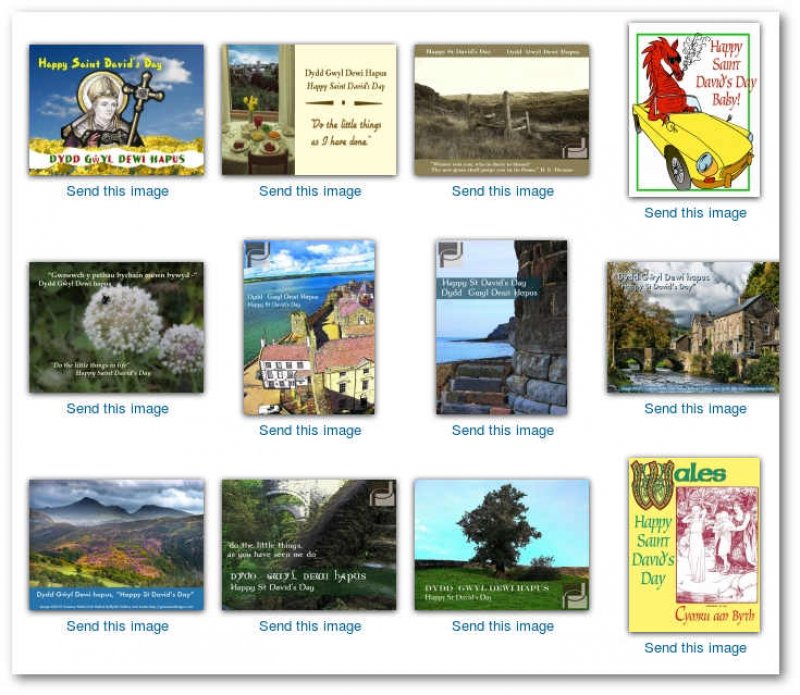 A Message From The Chicago Tafia

1) Contact your local radio stations by late February and ask them to play Welsh music and relay "Happy St. David's Day" messages to the Welsh in your area on March 1st. There is plenty of music by Welsh artists that are readily available on most radio stations play lists. If it is a rock/pop station ask for Duffy, The Stereophonics, The Manic Street Preachers, Jem, Catatonia, or Tom Jones, if it is a classical station, you might try asking for Bryn Terfel, Charlotte Church, Paul Potts, Katherine Jenkins or Karl Jenkins.

3) Wear a daffodil, a leek, or something red on March 1st.

4) Attend a St. David's day event sponsored by your local Welsh society; there are hundreds across North America to choose from.

5) If there are no Welsh groups nearby, hold a St. David's day dinner at your home or request your local pub to stock:

10) Forward this message on to as many people as possible!