Are You A Fan of Trashy Horror Movies?

Ceri Shaw » Blog » Miscellaneous » Are You A Fan of Trashy Horror Movies?

If so heres one set in Wales. Every expense is spared in this hilarious gore-fest set on a remote Welsh island. The cast comes complete with a family of rural reprobates vaguely reminiscent of the cannibalistic miscreants in "Wrong Turn". There is also a glorious scene in which a combine harvester is used to deadly effect as a weapon against the marauding aliens and yes, ....they do use the famous Wurzels tune as a musical accompaniment.From the film's website:-"Scalleum is a remote farming island off the north coast of Wales, only accessible at low tide via a causeway know as the "Devils Spine". The island is also home to an ancient stone circle known as the "Devils Teeth". This provides the sinister setting for the terrifying Alien abduction of local farm girl Cat Williams and her hitchhiker boyfriend Angelo Jones.".... more Whilst this movie is not a defining moment in the development of contemporary Welsh culture it should succeed in raising a chuckle or a guffaw.

06/20/08 04:18:12AM @ceri-shaw:
My introduction to Troma has begun. We watched "Splatter University" and "Invasion of The Space Preachers" last weekend and this week we have "Ellie" and "Zombie Island Massacre". Gaabriel used to work at a cinema and she actually has one of the original movie posters for "Zombie Island...". 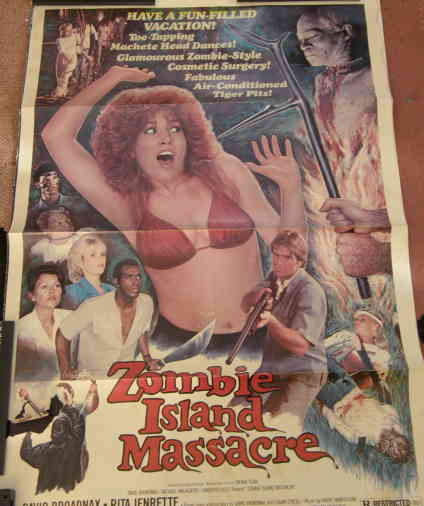 She also has an original poster for this forgotten classic. Just as well that chick remembered her flame thrower. So easy to forget when you're in a hurry to get ready for the prom. 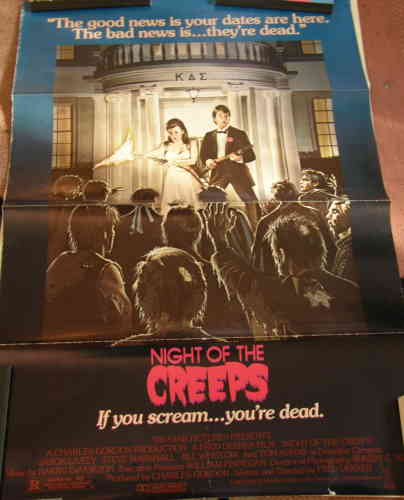 05/27/08 06:01:08PM @ceri-shaw:
Looks like I am about to be introduced to the delights of Troma. My girlfriend ( see comment above ) is the real connosseuir. Shes seen just about everything in the genre at some time or another.. Must say I'm looking forward to "Killer Nerd". Theres nothing better than a few beers and some mindless "entertainment" on a Friday night after spending all week in front of a computer monitor.

05/27/08 05:49:34PM @gaabi:
Ceri hasn't seen any Troma yet. I told him a little about it and now I guess we'll get some next weekend! I was thinking of starting with some "Toxic Avenger" but "Killer Nerd" sounds great. I'm not so big a Troma fan, I've seen a lot of them and the great thing about them to me is they look like they were so much fun to make but they're usually too silly for me, although all in good, gory fun! The horror movies are mostly my fault, I've also got my collection of Lugosi, Karloff, etc, but Ceri introduced me to "Wrong Turn." Another one we saw recently was "Black Sheep," which isn't Welsh but contains man-eating sheep and how can you beat that? I used to love horror movies but sort of got over them when I saw Peter Jackson's "Dead Alive." That was just the end for me, there was no body part not violated in every possible way (including groundbreaking zombie defense with a lawn mower) and then I was sort of "full" of horror, had enough.