The Poet And The Pandemic: An Interview With Paul Steffan Jones

Ceri Shaw » Blog » Author Interviews » The Poet And The Pandemic: An Interview With Paul Steffan Jones 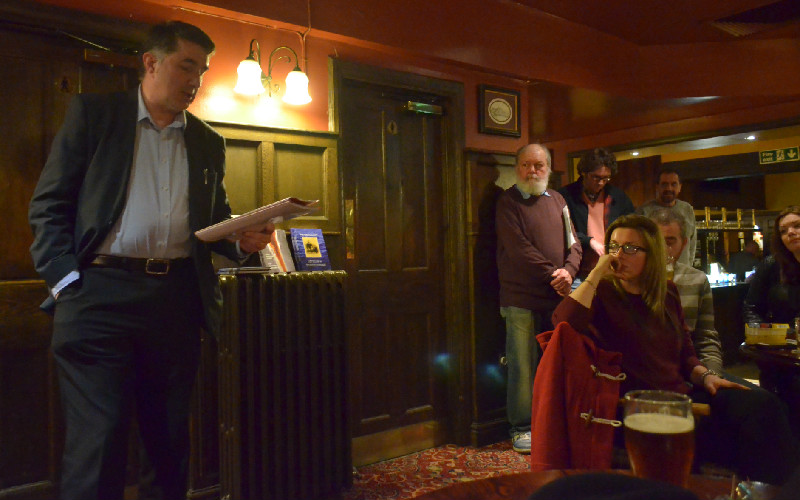 AmeriCymru: Hi Paul and many thanks for agreeing to this interview. Many of your recent poems have been focused on the current Covid pandemic. Do you think that the British government has handled this crisis well?

Paul: My opinion is that the UK Government has made many mistakes in dealing with this crisis which ultimately have added to the casualty list.  We were slow to enter lockdown, there have been major issues in the supply of Personal Protective Equipment to health and care workers, we were lethargic in setting up testing and the Government did not immediately protect elderly residents and staff in care homes.  In short, virtually everything that could have gone wrong has. There has been a lack of honesty and transparency from the Cabinet. About the only positive response was the Job Retention Scheme where the Government effectively became the employer of millions of workers.  In my view their general incompetence and laziness has allowed many thousands to die.  A selection of people from the hamlet in which I live could have done better....

AmeriCymru: Has Wales fared any better (or differently) to the rest of the British Isles?

Paul: Wales seems to be adopting a more cautious attitude towards the relaxation of lockdown rules leading to a feeling that its Government is being more protective of its citizens than its English counterpart which appears to be more economy-led.

AmeriCymru:  In your work, The Platitude Attitude we find the following line: 'Ground Control to Captain Tom' repeated twice at the end of the poem. Care to explain the Captain Tom reference for an American audience?

Paul: Captain Tom is Captain Tom Moore.  100 years old, a World War Two veteran of Burma and India who raised over £32 million for the National Health Service by doing a 100 lap walk of his garden.  He is an inspirational figure at a time when our leaders were lacking in this quality.  His selfless act illustrated how revered our NHS is but also the widely held realisation that it has been underfunded by the Government for a decade and therefore not necessarily at the best starting point for a pandemic.

AmeriCymru:  Is The Platitude Attitude a poem of hope or despair (or both)?

Paul: Both.  We have to move from despair to a better place. We have to remove a Government that thinks that 54,000 dead is a success.  The crisis has illustrated how venal, corrupt and uncaring it is.  But it has also shown that ordinary people have rediscovered a sense of community and worked together to mitigate some of the issues thrown up by the pandemic.  I think that the break up of the United Kingdom is more likely as a result of the crisis and the way in which it has been mismanaged.  The improvement in the environment is a source of hope and one we ought to continue.

AmeriCymru: You seem, in common with a number of his colleagues, to have a low opinion of the current British Prime Minister. What in particular inspired Amen , your equally humorous and vicious adaptation of 'The Lord's Prayer'?

Paul: I don't think the Prime Minister is up to the job.  I believe the current Cabinet is the most untalented since 1938, chosen to push through a no deal exit from the European Union and little else.  Our leader is a stranger to the truth and guilty of protecting the job of his chief adviser when he clearly broke lockdown rules that he helped draw up. I thought the Lord's Prayer was an appropriate vehicle for that poem as it is well known and Boris Johnson has such an inflated opinion of himself that such a satire was irresistible.

Paul: This was a fairly early event as the figures were mounting up and panic had set in.  It struck me because it was such a tragedy that a young child had died of a disease that we were told mainly affected older people.  As the crisis worsened, the humanity of the tragedy shone through in individuals' tales. The loneliness of a Covid-19 death must be overwhelming and to lose a child in this manner must have been doubly heartbreaking.

AmeriCymru: What are you working on at the moment? Any new publications imminent?

Paul: I am working on new Coronavirus poems but am undecided what to do with them when complete.  I am still working on the Gwaelod project with the artist Chris Rawson-Tetley and we are currently considering putting out a publication of the work. I am also still writing for the George Orwell-inspired project Room 103.

Paul: Keep safe and believe in a better world. Thanks for reading my work.