'The Devil On God's Doorstep' - An Interview with Author Daniel Lyddon 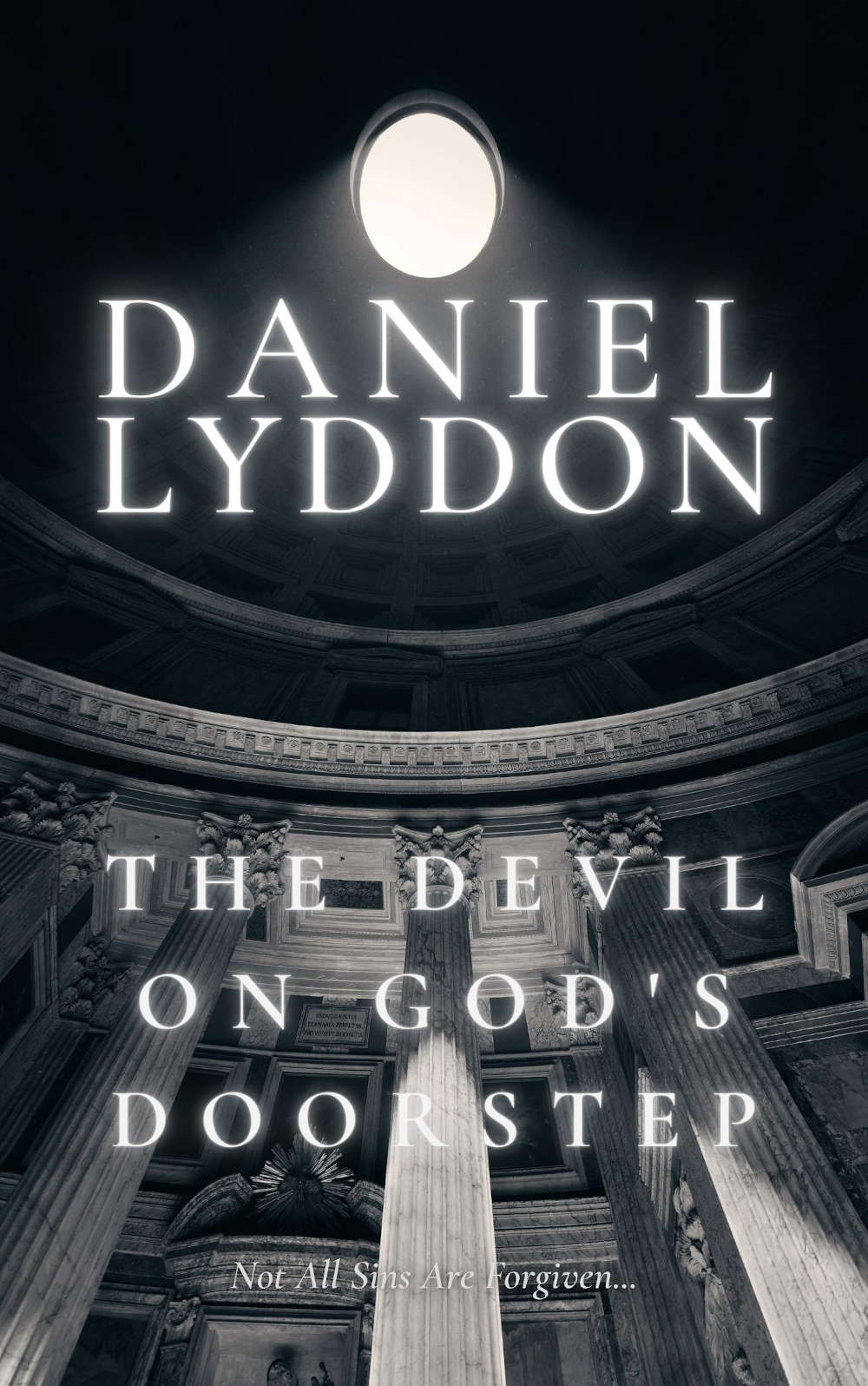 AmeriCymru: Hi Daniel and many thanks for agreeing to this interview. Care to introduce your new book 'The Devil On God's Doorstep' for our readers?

Daniel: Diolch! It's great to be engaging with Americymru - I've been a member of the network for several years and I'm a fan of the way in which you guys engage with and connect the Welsh diaspora in North America with those of us back here in the Land of Our Fathers. The Devil On God's Doorstep is my debut novel - a religious thriller set in Rome and the Vatican about the theft of a religious relic that reignites a decades-old fight for control of the Eternal City. A desperate thief, a cabal of conspiring cardinals, an ailing fortune teller and a fame-hungry journalist clash and collide within the pages, in a story of ambition and accountability that has drawn inevitable comparisons to the work of Dan Brown.

AmeriCymru: The book was twenty years in the making. Why was this?

Daniel: That's a story that's longer than the book itself! I escaped Wales and ran away to Italy when I was nineteen to complete the first draft, and after I returned life sort of got in the way. I fell into the film industry more by accident than design, and never quite made it out again! After two decades of developing and producing short and feature films that have been distributed in the US and Canada, the UK and Europe, across North Africa and the Middle East, it was actually the Covid-19 Pandemic that made me stop and take stock, and provided me with the necessary insight and spare time to see the book through to completion and its eventual publication earlier this summer.

AmeriCymru: You have also started your own publishing company - Gwion Press. What can you tell us about the history of this venture?

Daniel: Press was established out of necessity: I'd been unable to secure a traditional publishing deal in the first few years of writing the book, and technological advancements in the publishing industry during the intervening years made it possible to bypass a lot of the gatekeepers and cut out the middlemen, empowering authors such as myself to self-publish their work. After the last Covid lockdown in Wales, I found myself standing before the window of a bookstore in central Cardiff reflecting on the thought that the Pandemic hadn't prevented people from buying books, despite the shops being shut. Self-publishing, on-demand printing and eBooks have allowed stories to be told the world over that might otherwise never have made it to publication. I started Gwion Press with the aim of making use of these opportunities to tell stories of Welsh origin. The company name and logo are a reference to the boy Gwion Bach, servant to the legendary witch Ceridwen who drank three drops from the Cauldron of Awen - the source of inspiration for Celtic storytelling. Just as Gwion Bach became Taliesin the Bard of Bards, after receiving the gift of Inspiration, Gwion Press aims to develop storytellers and stories of Welsh origin.

AmeriCymru: What are your future plans for Gwion Press?

Daniel: For the immediate future, plans are to formally establish the Company by opening an office in Cardiff Bay and staffing it. In addition to promoting The Devil On God's Doorstep, I'm also readying the next title for Gwion Press: Shakespeare, Hitler and Jesus, a collection of essays from my archive about World Religions, English Literature and European History that will be published mid-September. I then have an anthology of short supernatural horror stories called More Than A Little Scared that will be published the week before Halloween, with my second novel out next March. Beyond my own creative works, I'm also developing a hardback photo book featuring images of historical sites in South Wales taken by an American photographer friend who visited earlier this year. I'm looking forward to working with others to see what stories they want to tell inspired by Wales and its culture.

AmeriCymru: You are also an independent film producer. Care to tell us a little about your involvement with Seraphim Pictures?

Daniel: Sure! Seraphim Pictures was founded in early 2006 after a research and development trip to Hollywood. Our first short film The Things Unsaid earned us our first accreditation by the Cannes Film Festival, and our first feature film, the sci-fi co-production Expiry is currently being distributed in North America by Cinedigm. As for my own involvement, I work heavily on the development and pre-production side of things, and also in sales and distribution of Seraphim Pictures titles. I've recently secured global distribution through Sofy.tv for our short film The Final Punchline, a psychological horror ideal for Halloween viewing. Our next short, The Last Christmas Tree, will be released this December, and in a few weeks' time there'll be an announcement about our next feature co-production filming in Summer 2023.

AmeriCymru: Where can readers purchase a copy of 'The Devil on God's Doorstep`?

AmeriCymru: What's next for Daniel Lyddon? What are you working on at the moment?

Daniel: An easier question would be to ask what I'm not working on! In addition to everything mentioned above, I have several documentary projects for both film and television in the works - some of which will see me crossing the Atlantic again. The Welsh Cariboo Adventure will film in Canada, and A History Of The Welsh In America will go into production in the US - both in 2023. Beyond my production and publishing work I've also been lucky enough to be involved in the Cardiff-based startup Dewi Sant Catering, which specialises in Cymric Fusion Cuisine - adding a Welsh twist to familiar global dishes. I'm looking forward to seeing how that develops and finding out whether the world is ready for chef Ben Parker's Welsh Lamb Poutine and Bara Brith Cheesecake!

Daniel: Wales and the Welsh have had a huge cultural impact on the world, one we have historically failed to capitalise on. Some 16 of the signatories of the Declaration of Independence were of Welsh descent, as was David Thompson who mapped much of the Canadian border. Wales has a rich shared history with North America which I would encourage people to discover - whether through books, film, television or by other means. As an online community Americymru is a resourceful starting point for anyone wanting to discover more about the ties that bind our respective nations. 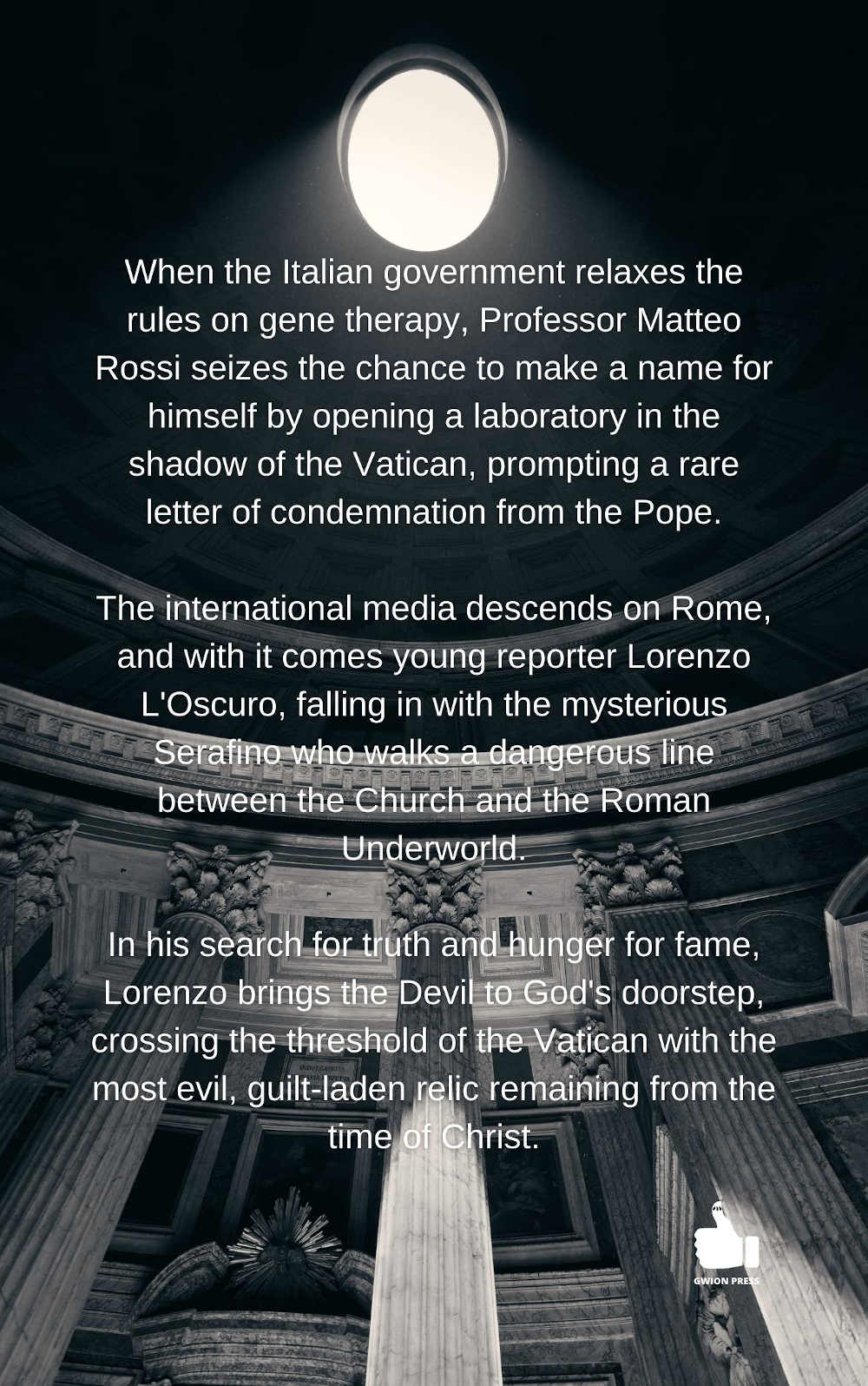