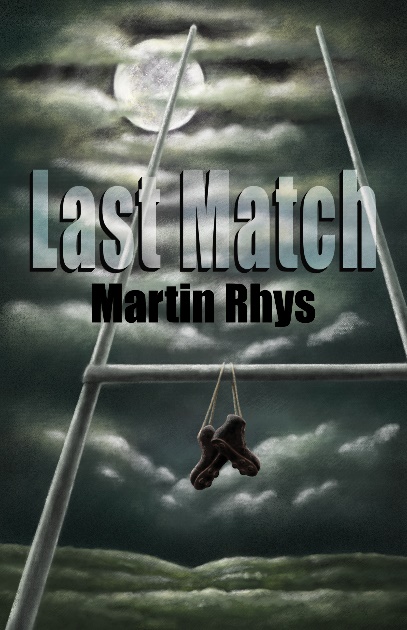 Chapel and Rugby. The lodestars of Welsh cultural life in the twentieth century.  One proclaiming peace and love and the promise of everlasting paradise. The other a brutal  release of pent-up aggression.

What happens when the two come into conflict?

Last Match by debut novelist Martin Rhys answers that question in what early reviews label  ‘an authentic and compelling story’.

Colin Lewis looks set to become Wales’s next rugby superstar. International fame can only  be a matter of time.  But the time is 1939, and off the field, Colin is a different person. For a start, he is a pacifist,  and World War 2 looms large.

When he declares himself a conscientious objector, Colin plummets from local hero to social  pariah. A conchie who needs to be punished for his cowardice.  His girlfriend, Martha, understands the bravery it takes to stand up against the herd for  something you believe in. A warrior to the core, she won’t stand by and watch her man be  persecuted by the bullies. Even when the biggest bully is her own father.

But as the war runs on, and the casualties mount up, can even Martha withstand the pressure?  When the war ends, Colin yearns to get back to the rugby field, the only place he feels  comfortable.  But although the war has ended, cruelty and persecution have not. How much punishment  and humiliation can a proud man take?

Because a pacifist cannot fight back. Can he?

Available in paperback and e-book on Amazon.com .