Weirdly Out West - A Review

Read our interviews with author Rhys Hughes here and here
... 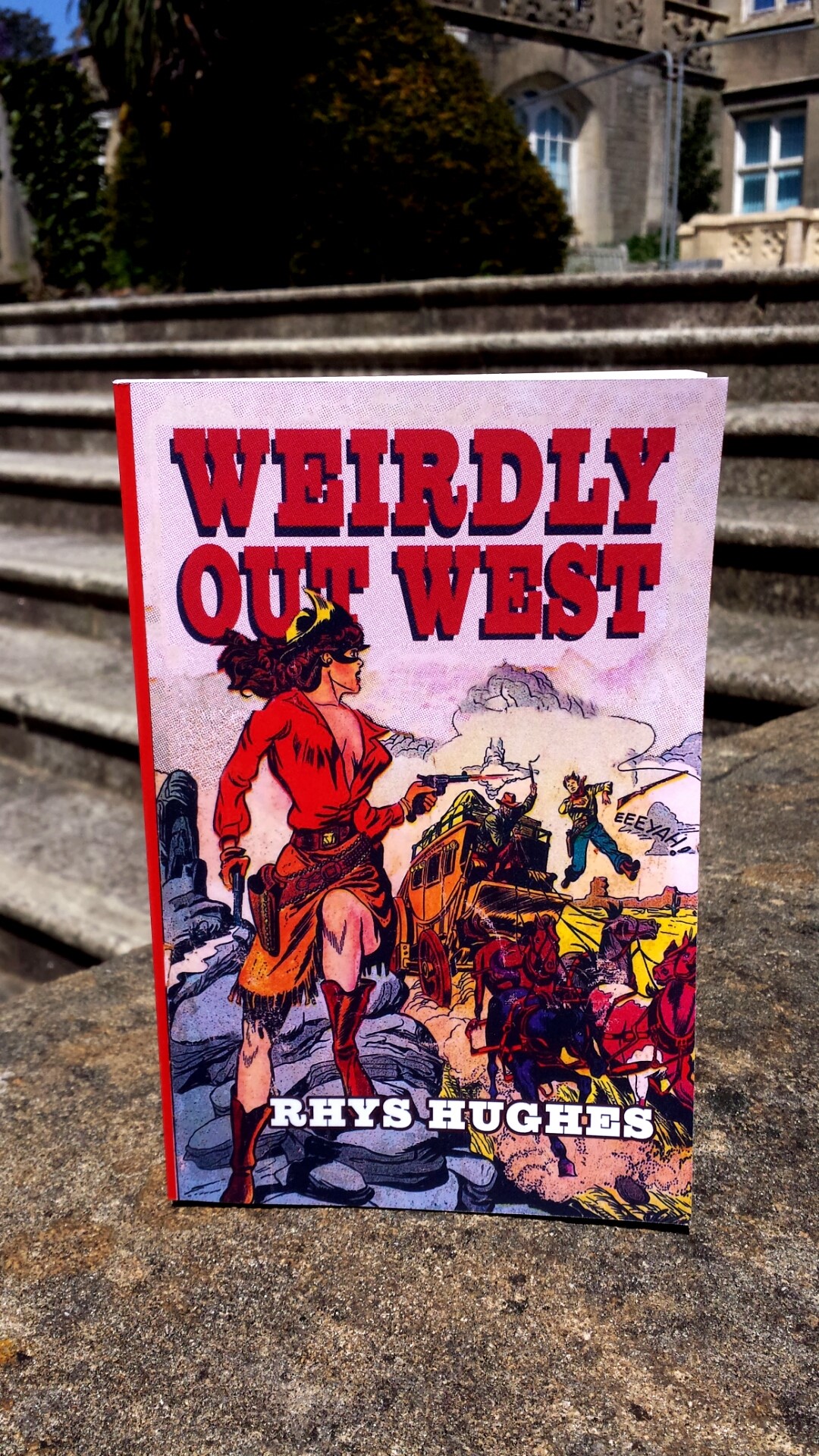 In one of his finest collections to date Rhys Hughes treats us to a cornucopia of Western whimsy and wierdness. Weirdly Out West , published by Black Scat Books is available now from Amazon.com

Rhys Hughes latest offering comes complete with all the standard delights we have come to expect from his writing. There are the wonderful guffaw provoking titles such as  'Phony Express', 'Like a Rhino Cowboy', 'For a Few Hollers More' and 'Tom Cabin's Uncle'. There is also a very catholic selection of literary genres on offer in these pages....short stories, even shorter stories, poems, a play, haiku and an essay.

Rhys has been on a quest to write 1000 short stories and is currently somewhere around the 900 mark. In a recent interview   AmeriCymru asked Rhys what he would do when he reached his target figure. Here is his response:-

I will switch to non-fiction and start writing essays and articles. In fact I began last year to take my non-fiction much more seriously and I am hoping that my first book of essays will be out in the next year or two. I am in negotiations with a publisher at the moment. The techniques of non-fiction have been creeping into my fiction in the past few years or so.

I, for one, hope that he revisits this decision because literature will be somewhat impoverished without regular infusions of absurdist fiction from the pen of the Welsh wizard. Having said that, it must be admitted that the essay included in this collection is both thought provoking and entertaining. In 'For A Few Hollers More' Rhys discusses his notion of the 'weird western'. He credits the movie 'High Plains Drifter' with introducing him to the idea of the weird western and  name checks a few other other practitioners of the genre.

In 'Bigfoot The Hoaxer' we are introduced to a Sasquatch with a sense of mischief. He is in the habit of walking around the backwoods on a pair of stilts with a pair of human boots attached. This enables him to leave human footprints in remote places to confound explorers who imagine themselves to have been 'beaten to it' when they discover new locations and geographical features.

The author has kindly consented to the inclusion of an excerpt in this review, so we are pleased to present 'Django's Fandango' (see below) as a teaser.

Aficianados of Rhys Hughes will need no further encouragement to order Weirdly Out West  but it is to be hoped that many new readers will be tempted by this latest offering. Rhys Hughes is a national treasure in my opinion and deserves to be more widely appreciated. Buy Wierdly Out West here

The West is changing. All the cardinal points are changing but the upheavals are most strikingly felt in the West. It is now perfectly acceptable for men to dance with women. In the old days men only danced with men or horses or the occasional bear. Flimsy biplanes cross the skies. The telephone has replaced the telegraph. Sometimes the telephone will ring and the voice of a woman will announce that she is coming by biplane to attend a barn dance. Django has only a limited time to construct the barn. But he is strong. He also prepares a landing strip. He has taught himself the fandango in front of a mirror that once belonged in a saloon. There are colleges out east that teach many such dances but one is quite enough for him. He could dance the fandango to the horizon and back if he wished. He hears a low droning and looks up. Biplanes are aircraft that like being flown by both male and female pilots. This one swoops towards him menacingly. The bullets from the Gatling gun mounted in the cockpit make a wavy line in the dirt that stops right in front of the toes of his boots. For a moment he feels the temptation to draw his six shooter and shoot the wheels off the thing as it comes in to land. He suppresses the urge. The West is changing and he must change too. He has already changed his pants and shirt. A permanent change in his attitude will be next. Easy come, easy go, Django tells himself as he welcomes the new arrival and shows her into the spick and span barn. 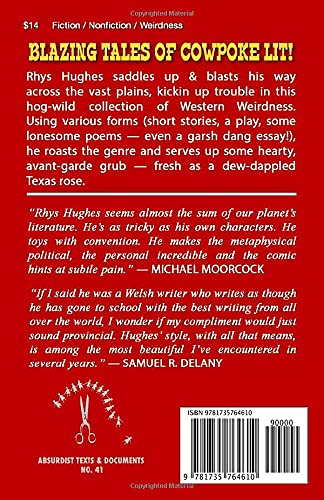