The Story of Welsh Boxing - A Review

Ceri Shaw » Blog » about » The Story of Welsh Boxing - A Review

Lawrence Davies is a Welsh boxing historian, the author of Mountain Fighters: Lost Tales of Welsh Boxing and Jack Scarrott's Prize Fighters. His groundbreaking work has served as the basis of a TV documentary and numerous newspaper articles. His meticulous original research has uncovered many Welsh prize fighters previously unrecorded in any publication. Read our interview with author Lawrence Davies here . 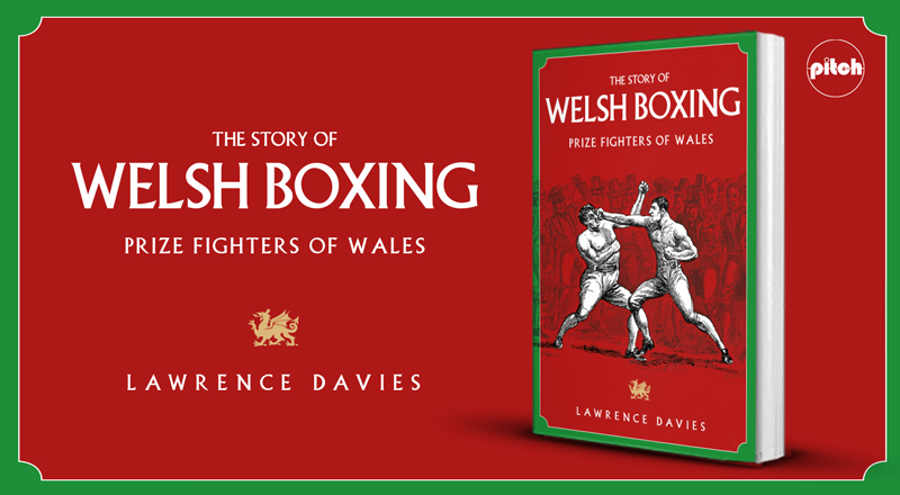 The Story Of Welsh Boxing

Lawrence Davies' new book confirms his status as the historian of Welsh Boxing. His earlier title 'Mountain Fighters of Wales' ( see this post ) first published in 2012, established his reputation and subsequent offerings have amply confirmed his dedication to the task of chronicling the early development of the Welsh 'fancy'. Davies' obvious passion for his subject matter and meticulous research combine to ensure that this book will appeal to boxing afficianados everywhere but the general reader will also find it a richly rewarding experience.

The core of the book consists of a series of biographies of early Welsh pugilists all of whom have been more or less lost to history. You might be forgiven if the names of Thomas 'Paddington' Jones, Ned Turner, the Savage brothers and William Charles are not familiar to you. In his day the last named was, "considered another Glendower,..." and was hailed as the Welsh Champion. William Charles' battles with Bristolian Jem Bailey are vividly and entertainingly recounted in the closing chapters of the book.

Readers who are intrigued by Tom 'Paddington' Jones and wish to learn more are advised to check out this article which Lawrence Davies posted on AmeriCymru earlier this year:- Tom Jones Inducted Into International Boxing Hall Of Fame!

Ten chapters are devoted to the career of Ned Turner, the Out-and-Outer, who in his day was 'the greatest fighting Welshman of the age'. Although he was born in London both his parents were from Newtown in Montgomeryshire and this fact sufficed to guarantee him the support of his countrymen. He was noted for his extreme skill in the ring and his gentlemanly conduct outside it.

'The game Ned Turner once a toast,
No better man alive!
He was 'the Fancy's' pride and boast,
On victory did thrive.'

This is also a book which will delight social historians and anyone with a penchant for archaic English slang. Pierce Egan was the author of Boxiana, a  series of volumes of prizefighting articles published in the early 19th century. Mr Davies says of him:-

"Egan was .... named 'the Great Lexicographer of the Fancy' as he did not merely record the language of the followers of the ring; in many instances he created it. The 1822 edition of Francis Grose's Classical Dictionary of the Vulgar Tongue, which had been edited by Pierce Egan, would include many terms that had been coined by Egan himself.'

The book includes an appendix on pugilistic terminology where we find such entries as:-

KNIGHT OF THE LEEK - A term used to denote that a pugilist was of Welsh origin. Occasionally also used to describe his supporters 'the benefit was well attended by the knights of the leek'

IVORIES - The teeth. A pugilist who has broken his opponent's teeth is said to have 'cabbaged his ivories'.

In conclusion we unreservedly recommend 'The Story of Welsh Boxing' to the Boxing enthusiast and general reader alike. You may find inspiration and you will certainly find humour, but above all you are guaranteed a first rate read.


The Story of Welsh Boxing: Hardcover