A Christmas in Wales - Portland, Oregon

The Welsh Society of Oregon (WSOR) celebrates Christmas in song and story, bringing together Welsh vocal and instrumental music of the season along with a reading of the classic Welsh Christmas tale, "A Child's Christmas in Wales." Suggested donation is $10.

The musical program features the WSOR's own choir (directed by Dr. Jamie Webster ) singing carols and other seasonal music old and new in Welsh and English. Joining them will be special guests Three Pound Note, Portland's only Welsh folk music band, an ensemble of pipes, fiddle, and other traditional instruments, and the delightful vocal harmonies of Andrea Wild and Hugo Glanville . To top the evening, and continuing a longstanding Portland tradition, Jonathan Nicholas will give a reading of Dylan Thomas’ much-loved Christmas tale.

The Welsh Society Choir draws on the rich traditions of choral singing in Wales, long known as “the land of song.” In addition to the very successful annual Christmas Concert, the choir also holds a Noson Lawen , a night of fun and singing, every June. They also occasionally sing at the Gymanfa Ganu (Welsh hymn singing festival) at Bryn Seion Welsh Church, and at other events during the year such as the Samhain Celtic New Year Festival in Salem. Dr. Jamie Lynn Webster also directs the Portland Revels’ ViVoce Women’s Ensemble and the Chautauqua Community Chorus.

Three Pound Note features two ex-pats from the UK, both of Welsh descent. Andrea Wild and Hugo Glanville have a broad and engaging repertoire of traditional folk music from their native homeland. The two have merged with uilleann piper and fiddler, Preston Howard and award-winning multi-instrumentalist, Zac Leger to blend vocal harmonies, bouzouki, guitar, fiddle, whistles and pipes using elements from Welsh, Breton and Cornish music traditions. They deliver the audience a rare opportunity to hear lively arrangements of Welsh folk music performed in the Welsh language.

Jonathan Nicholas is an author, journalist and avid storyteller, and is well-known for writing a column in The Oregonian for 25 years. He was born and raised in the valleys of south Wales “just up the road” from Swansea where Dylan Thomas as born

The Welsh Society of Oregon celebrates and perpetuates Welsh heritage, culture and music in Oregon and the Northwest. The WSOR is a 501(c)3 non-profit organization. 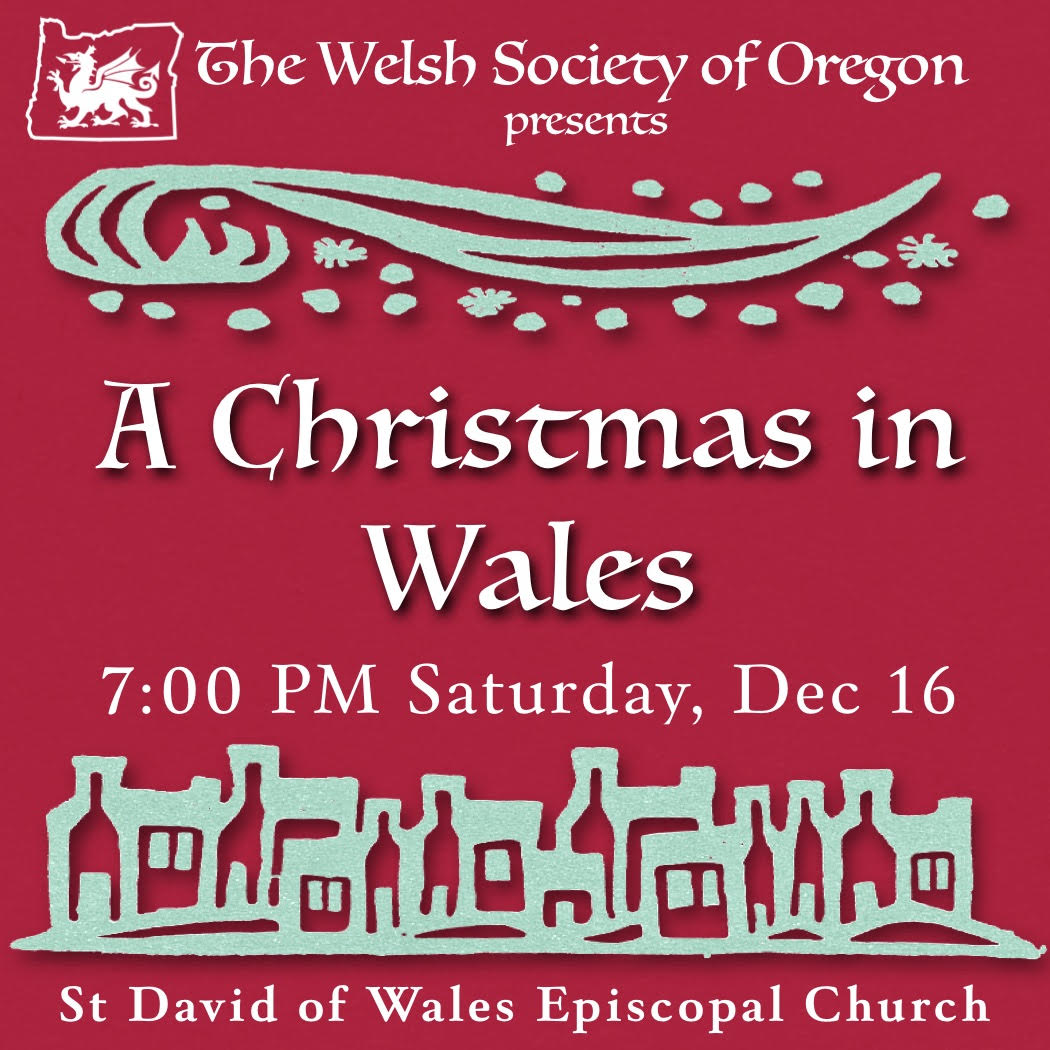