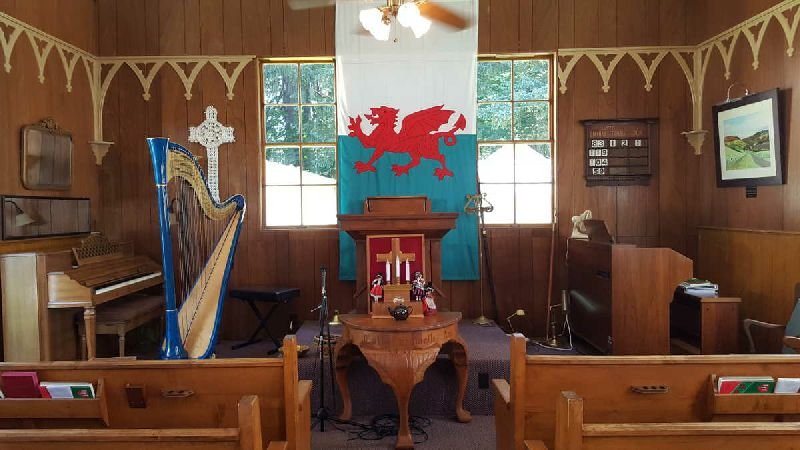 Photos: 17
The Welsh Society of Oregon held its 82nd annual Gymanfa Ganu at Bryn Seion Welsh church in Beavercreek on June 25th 2017. It was part of a wider Welsh celebration which included a lively Noson Lawen at the Lucky Labrador pub on Saturday night. The event was well attended with around 200 participants showing up for the afternoon and evening sessions.

Musical director Nerys Jones and organist Geneva Cook were joined by Harpist Bronn Journey in the afternoon, and The Picton Singers in the evening, for a lively and uplifting program of group singing and performances.

During the afternoon session Tad Davis outlined future plans for Welsh events in the Spring and Fall to supplement the already scheduled Portland Gymanfa Ganu and Christmas celebrations. The Society has also recently established the 'Gwaddol Group' which will seek to raise funds for "individuals conducting Welsh research, or support for development of music or art with a Welsh connection."  ( for more details go here ) 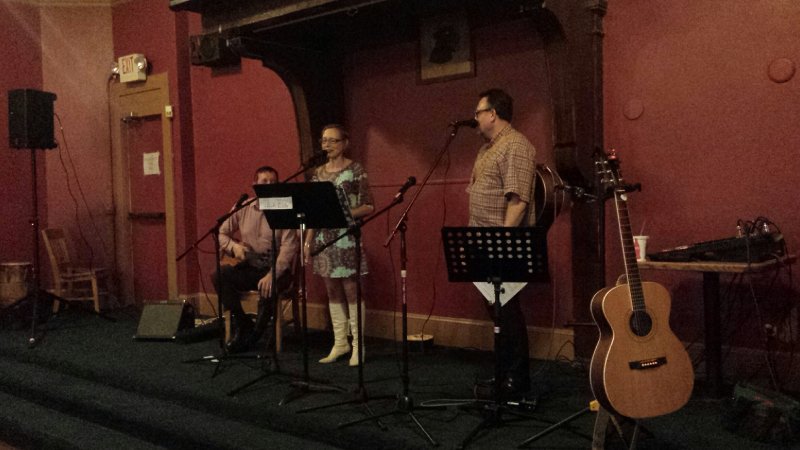 The Welsh Society of Oregon’s annual Noson Lawen was hosted by the Welsh Society Festival Chorus who presented a handful of enchanting Welsh tunes.  MCs Andrea Wild and Hugo Glanville led the crowd in pub singing and their band Three Pound Note  also joined them on the stage for some Welsh, Cornish and English folk songs. Throughout the night there were contributions from the floor and one of the evenings highlights was a reading of Dylan Thomas's 'August Bank Holiday' given by Jonathan Nicholas. 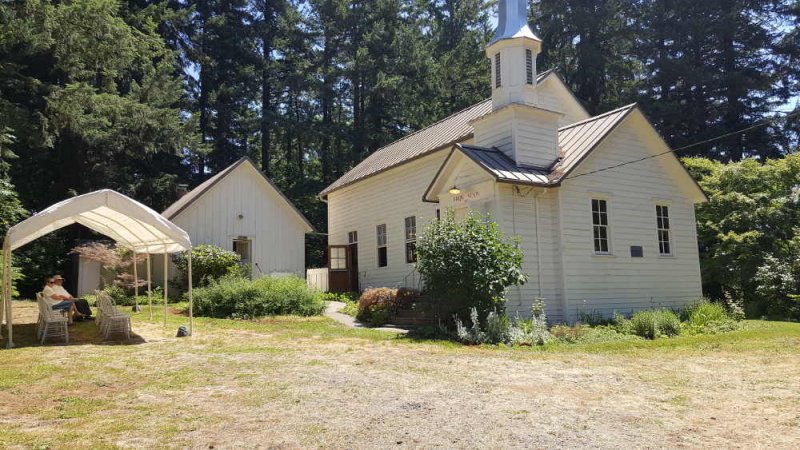 What Is A Gymanfa Ganu? 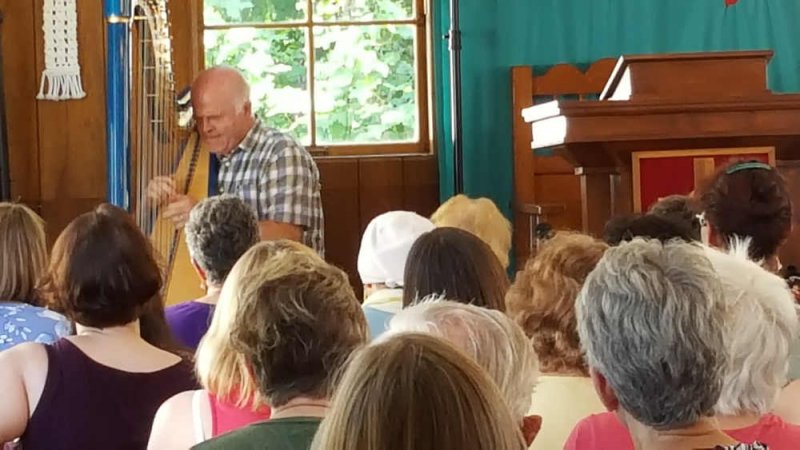 From the Welsh Society of Oregon website:- "Gymanfa Ganu (guh-mahn-vah GAH-nee) is a magnificent Welsh hymn-singing festival and more! Literally meaning “sing gathering,” it is a tradition of song and worship that has been practiced in Wales for centuries. The songs are sung in English and Welsh in four-part harmonies. Bryn Seion Welsh Church, Beavercreek, Oregon, has carried on the Gymanfa Ganu tradition since 1935. You don’t need to know Welsh to make a joyful noise, so please join us."..... Read More

The Welsh In The Northwest

Many Welsh moved into Oregon and Washington Territory in the 1880's. When train travel opened up the west. They found that land was cheap and abundant. Compared with the Great Plains, the land was much morelike that of Wales. 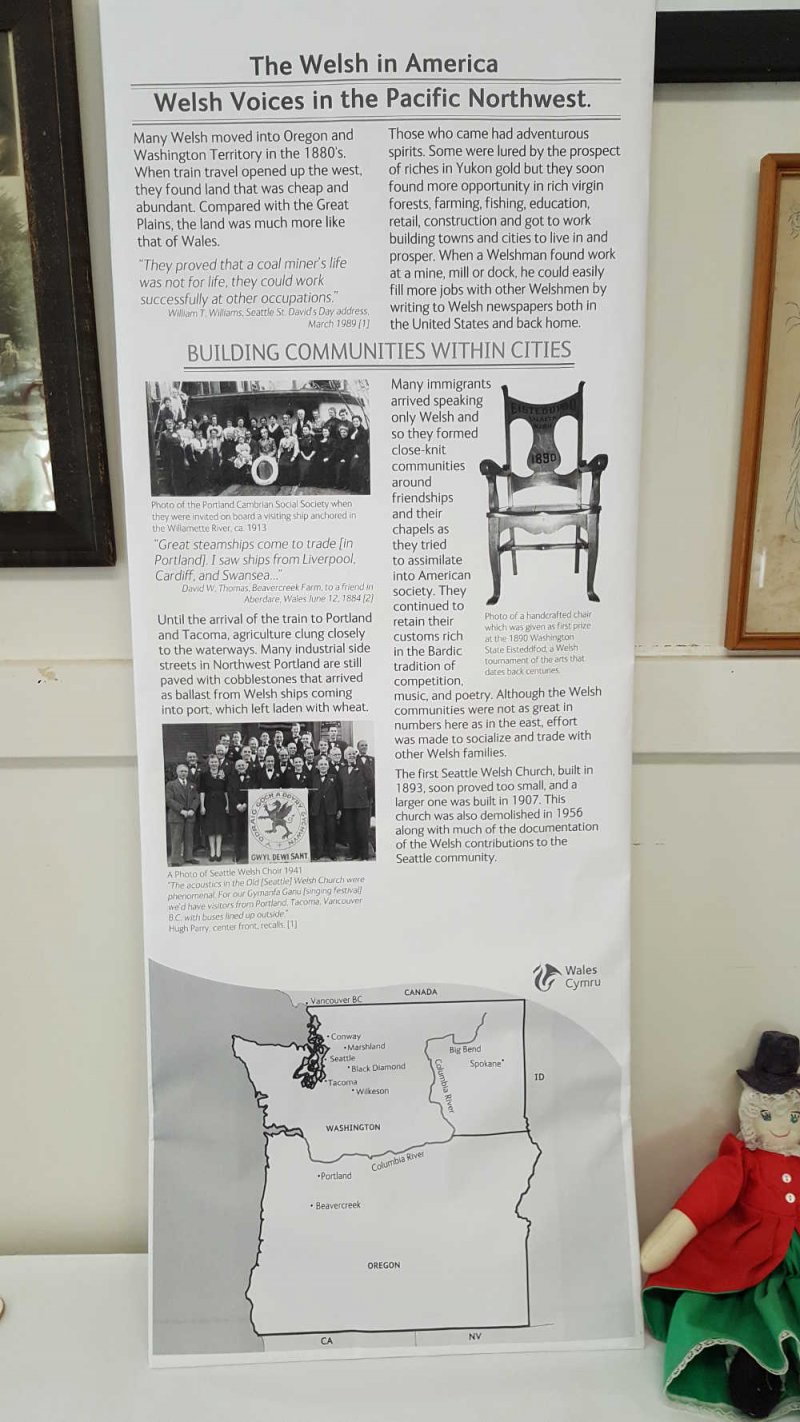