While visiting the San Rafael (CA) area I became aware that the local Civic Center was designed by internationally acclaimed Welsh American architect, Frank Lloyd Wright. I simply had to get a few snaps! I have posted them below. They're not very good because I don't know the area and it appears to be difficult to get a good vantage point. The last shot on this page (of the interior) is from Wiki Images.

"The Marin County Civic Center, designed by Frank Lloyd Wright, is located in San Rafael, California, United States. Groundbreaking for the Civic Center Administration Building took place in 1960, after Wright's death and under the watch of Wright's protégé, Aaron Green; it was completed in 1962. The Hall of Justice was begun in 1966 and completed in 1969. Veterans Memorial Auditorium opened in 1971, and the Exhibit Hall opened in 1976.

Located away from the former county seat in downtown San Rafael, the expansive complex stretches across two valleys just east of US 101. Its pink stucco walls, blue roof and scalloped balconies are distinctive. The smaller wing is the county administration building and the larger the Hall of Justice, joined by a round structure on a small hill that houses a county library.

A battle between factions of the Marin County Board of Supervisors played out through the selection of the site and the architect, the financing of the project, and its eventual completion. The Marin County Civic Center is a state and National Historic Landmark." 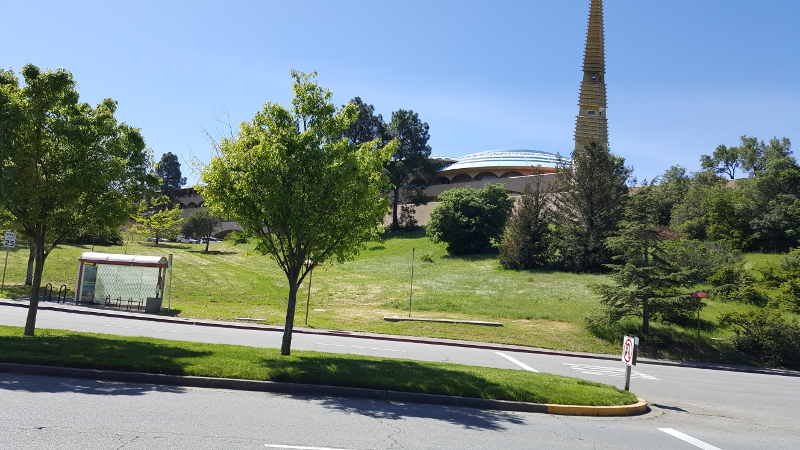 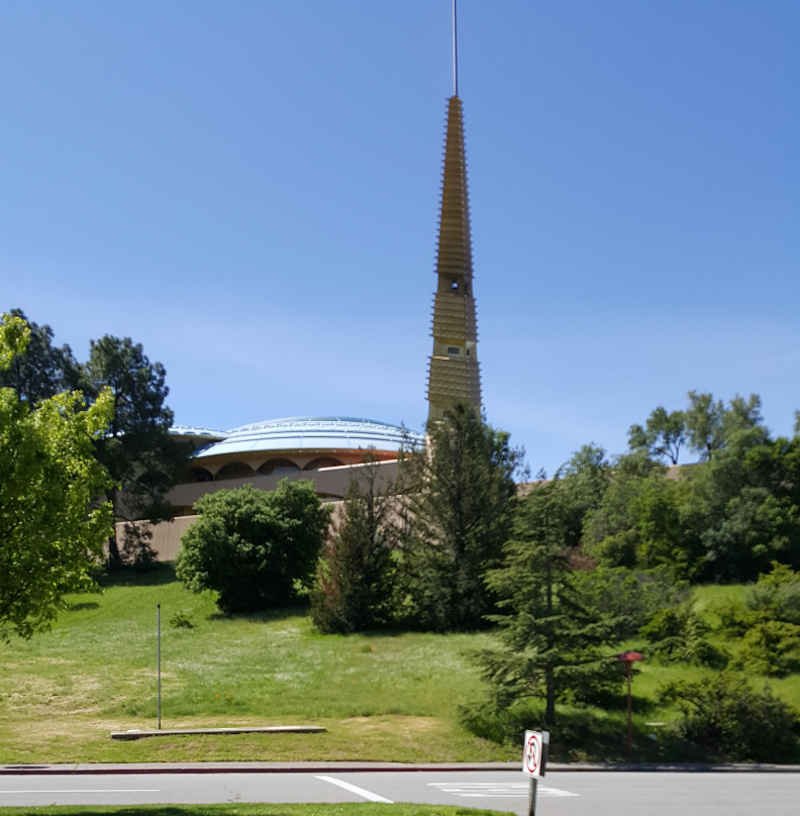 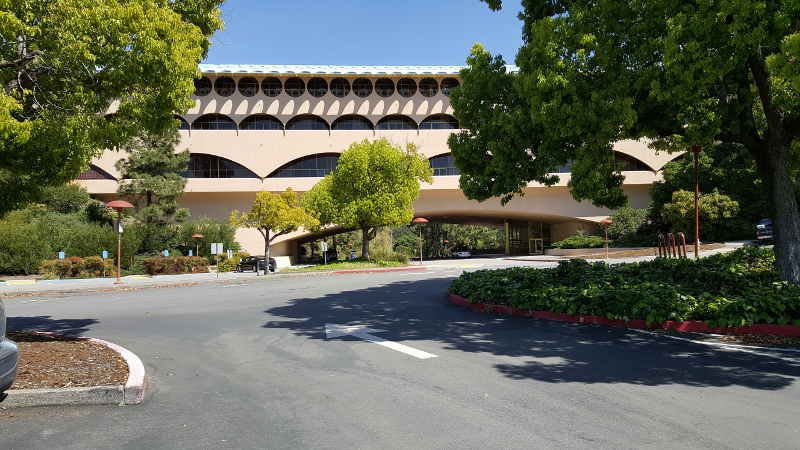 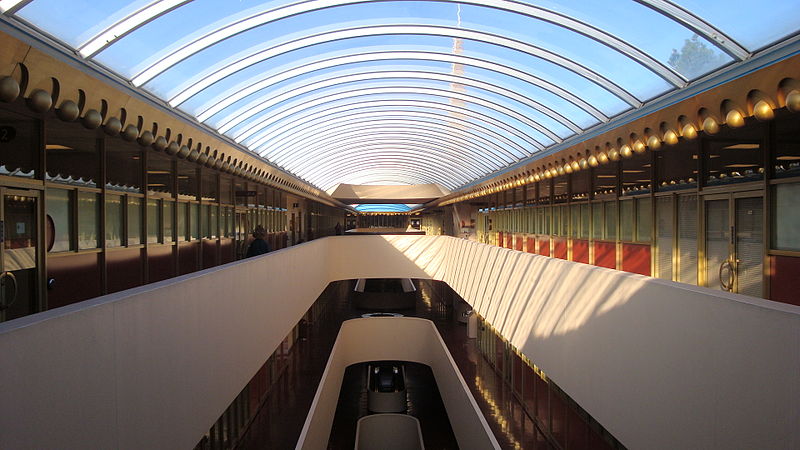