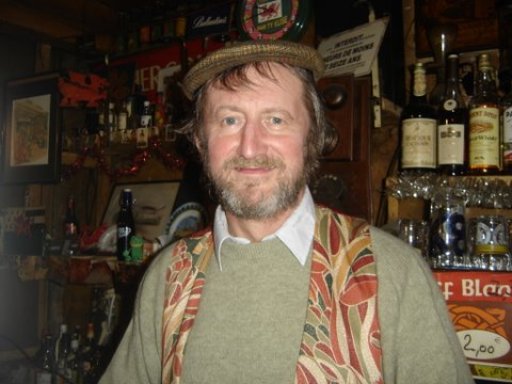 Rent to Lease, now for Freehold

The Welsh, together with their compatriots the Cornish, are Britons of the west, they may have lost the crown, orb & sceptre of this ancient land, but theirs is the final resting place of the pre Anglo-Saxon Brythonic language & culture of their island home.

Former rentpayers in the Franco-Germanic (e)state, just having taken over the lease of their semi-detached house from the absentee landlord who takes their money for redistribution amongst the rich acolytes of the south-east, leaving them to fend for themseves with hands tied to live on pittances called grants; whilst there are positive thinking visionaries, patriots who wish to take over the freehold of a detached home with hands untied to set themselves up with their families within the forseeable future, away from interfering neighbours and their lackeys, so that they can create a healthy & wealthy dynamic of their own far from the source of their present disease, no more starved of vitamins & protein and free to breathe the fresh air to fill the lungs and strengthen the heart. If Scotland thinks it can do it, the Scandinavian states have done it, and particularly the Slovenians who are doing it with two thirds the population of Cymru/Wales. Fe godwn ni eto; Cymru am Byth.

My Response to an article in the NYT

I've been asked to send this on:

Just sent this to the New York Times in response to an article comparing Wales to Greece suggesting that we are living off England's largesse: Wales, or as it is more properly known, Cymru, from pre-Roman times to the end of the First World War was one of the richest countries of the world in mineral resources and productivity; the country has been robbed, raped & pillaged until there is nothing left, sucked dry except for its water, with its valleys being drowned to serve the neighbouring English conurbations of Liverpool* & Birmingham. Wales/Cymru is no Greece, it has a population of 3 million and had enough natural & industrial wealth to be very comfortable indeed. It served the empire until its back was broken under England's weight, but we still have the wind & rain if only we would be allowed to exploit them on our own terms. We have never been supported by England, on the contrary we have filled her coffers for centuries; perhaps it's time for an apology and a reimbursement..

* Liverpool has apologized for drowning the Welsh speaking village of Capel Celyn in Cwm Tryweryn 30 years after they realized it wasn't needed, they were allowed to go ahead even after 35 out of the 36 Welsh representatives sent to the British Parliament said no! http://www.nytimes.com/2012/01/28/business/global/the-wales-economy-slips-but-london-cushions-the-fall.html?_r=1

Bruce was the Norman de Braose; The Stuarts were originally Bretons, which got me thinking, if the Norman/Breton Marcher lords had taken over the Principality as well, our native lordships would possibly have continued living in a Welsh cultural environment under Welsh law, as they were allowed to do for a long time in the uplands of Glamorgan & Gwent; the King's writ could not have been be served (the Marcher lords had their own laws), one of them could perhaps have been elected leader/king of a united Cymru, we would have been living a life similar to that of the Scots with whom we could have allied ourselves, it's then possible that Edward wouldn't have succeeded, or even dared to go against either of the united kingdoms, there wouldn't have been the 'Laws of Wales Act' nor the Act of Union with Scotland, England wouldn't have had the Tudors nor the Stuarts, but it's possible that the 3 countries would have each signed a treaty of co-operation or concordat leading to a loose union of interdependent sovereign countries, the integrity of Ireland would have stayed untouched, perhaps joining with us as the fourth equal partner, fifth if we count Kernow. If someone writes this book or makes a film I claim it as my intellectual property, the rights that go with it, and I want a share of the profits.

I understand that by now this may be getting a bit tiresome but I can tell you it's a lot more tiresome for me, anyway somebody asked me to explain my problem so here we go again:
My pub/bar burned down in February 2009 so I've been out of work for almost two years without pay not being entitled to insurance nor dole. There are people who are willing to help me rebuild the pub but I don't own the walls I just run the business, therefore I have to reply to these gentle people that I have nothing to do with the rebuilding, I only come into the picture on getting the keys, probably next May. The pub will have been repainted and electricity installed BUT it will be empty, I will need help to procure tables & chairs; a small coffee machine; music is all important so I will need material such as a small computer to hold my iTunes collection, an amplifier and speakers; a lamp; dart board, and various items to help replace all the lost memorabilia, most of which was unique having been built up over 30 years. So you see, I have plenty of volunteers willing to work for nothing to aid me in the rebuilding, but unless I get help to refurnish I'll be taking over an empty pub.

"Wales is the fuel poverty capital of Britain" says the UK Press association, with a third of its homes fuel poor; isn't this sadly ironic for a country that fuelled the British Empire? We were raped and pillaged and now we have nothing left, but hold on; oil was the new coal, soon water will be the new oil and we have it in abundance. We can learn from the lessons of the past to become the Bahrein of Europe, but first we must own our natural resources. This puppet Welsh government run by English Parties has already put that out of the question by stating that nothing must be done that touches on England's interests, which it would if England were made to pay Cymru/Wales a fair price for its commodities. It would put a stop to the argument that it's too late econonomically to rejoin the international community in our own right.

One door closes another one opens; the pub burnt down (I always wrote 'burned' then I noticed that my friends were writing 'burnt; when I was small I said 'burnt my finger', later I altered my pronunciation and the spelling to go with it, or vice versa, anyway I digress) I began going for long walks with my camera taking many photos of Brittany, then I started putting them on sale at the markets, not being worthwhile with the cost of petrol, now I can't afford the car insurance, instead I'm researching Welsh sport; Brittonic heritage; and music that comes out of Cymru/Wales & Breizh/Brittany, which I put on to their respective sites I've set up on Facebook, something I wouldn't otherwise have been able to do. Every now & again I glance across to the door and witness a shrew or a mouse or two being sadistically toyed with by my kitten Do(o)do(o), I've gotten over my worm phobia so I pick up and throw out the ones she brings in. Two days ago I was sitting on the settee with my laptop guess where? listening to the Roy Noble Show, there was something he wanted to know so I tapped a few buttons, found what he was looking for and sent it in, it was gratefully acknowledged and mentioned again the following day which I missed, I know because a friend told me on facebook.

For sale: Books in Welsh

443 visits to http://crwtynrhifnaw.blogspot.com yesterday, not bad! I have now added a selection of Welsh language books for sale through 'Amazon,' also on http://patrimoinebreton.blogspot.com ; http://taffawrnantmorlais.blogspot.com & http://miscellaneous-bynbrynman.blogspot.co

Last sunday before heading for the granite saints I wrote that I was setting out on my 'treck' which seemed logical, but it was bugging me after I'd written it because in the back of my mind I knew there was no c, the reason being that although it's used in English it's really a South African Dutch word, which brought me to this: a week ago in the Daily Mail Roger Lewis an author from Caerffili wrote a review of Jasper Rees's new book 'Bred of Heaven'; besides generally denigrationing his country of birth in a way that only the Welsh can do, he picked up on Welsh borrowings of English words, now we know that Welsh is a very old culture having shared their country with the Romans and spoken latin as a living tongue, English history & culture begins with the pagan Anglo-Saxons. For some reason deracinated Welsh such as Mr Lewis grow up not only to hate the country they left behind but try to prove their superiority by climbing to the pinnacle of the country that educated them and berated their perceived inferiority, we have exaggerated examples in the Corsican Napoleon, the Austrian Hitler, the Georgian Stalin & the Breton Le Pen. The world revolves around their adopted home, everything is seen from its perspective. Taking England as their base and looking at things from its standpoint it must seem strange to hear English borrowed words in Welsh, but if one takes Latin, French or German as one's starting point one wouldn't notice borrowed words in Welsh their being infinitesimal, but one would notice the thousands upon thousands of borrowed words in English without which the language wouldn't exist; Welsh can stand on its own as a language, English cannot. The Welsh didn't miss out on the classical world and built Britain's first university in Llanilltud Fawr before having the misfortune of having the English moving in next door raping & pillaging, destroying civilisation; the English having missed out grafted it on later at their own universities of Oxford & Cambridge creating their own lie, the great pretenders camouflaging the past by writing their own history linking Greece, Rome & England. If the truth were told Roger Lewis & people like him turn the world on its head.

P.S. in some cases modern 'English' words like 'car'are Welsh in origin, whilst there are latin words in English that have been in use in Cymru/Wales since before England was conceived.