Prehistoric Boats from the Humber to the Severn - An Illustrated talk 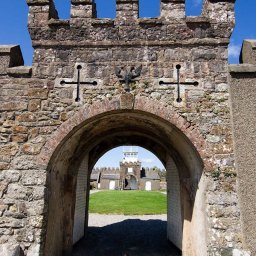 Late Bronze Age warriors in a boat, found in Roos Carr, Yorkshire, in the 19th century
Frances Lynch, an expert in the field, will give a fascinating insight into this early maritime world No one has been able to walk to Britain since the Channel was formed in about 6000 BC, so boats of one kind or another have been crucial to population movements, trade and perhaps warfare. Boats are made of organic materials so archaeologists have been resigned to knowing little about them. In certain circumstances they do survive and most people will be aware of the 'primitive' dug-out, a world-wide phenomenon of perhaps limited sea-worthiness. But new finds, in lakes, rivers and deep under the sea, have revealed that the later prehistoric boats were very sophisticated. They were carefully engineered and capable of carrying international trade up and down the Irish Sea, the Channel, the North Sea, and down the Atlantic Facade into the Mediterranean. .

Please book in advance. Payment is on the door

This is a FOBA event in aid of Fort restoration work.