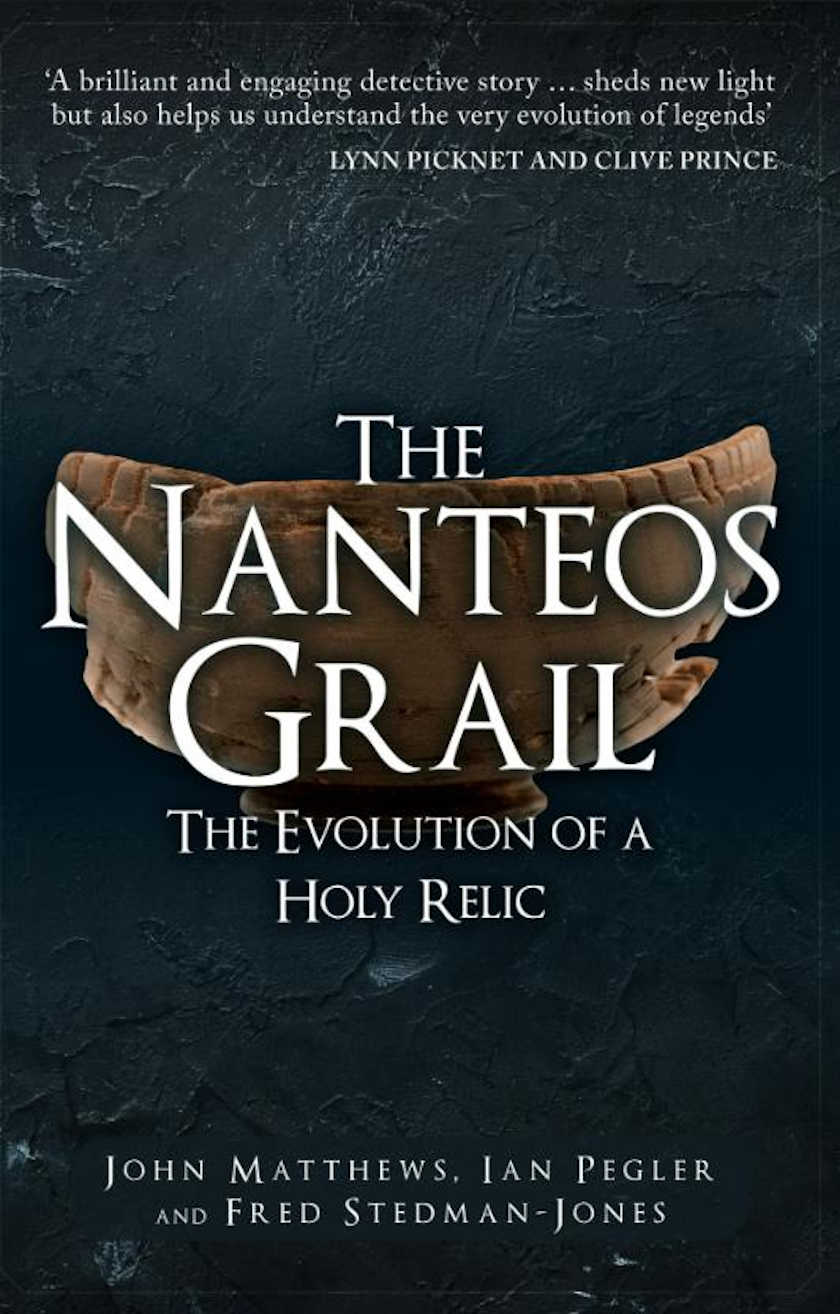 AmeriCymru: Hi Ian and John and many thanks for agreeing to this interview. Care to introduce your book 'The Nanteos Grail' for our readers?

Ian: The Nanteos Grail is the first full length, detailed study of a remarkable relic, which probably originated in the Middle Ages and which took its name from Nanteos mansion near Aberystwyth. We have done our best to correct a number of misconceptions about the history of the vessel, and to produce the first detailed account of its history – it covers the whole period from mediaeval times right up to the present day.

AmeriCymru: What is the Nanteos Grail?

Ian: The Nanteos Grail is a relic almost certainly dating from the Middle Ages,and kept in the guardianship of several generations of certain families –notably the Stedmans of Strata Florida and The Powells of Nanteos. For many years it was kept at Nanteos mansion but following the dramatic events of 2014 it has been moved to a secure display in the National Library of Wales. Its history is complex and has been frequently misrepresented in more recent times. We have researched all the surviving original sources and uncovered the most accurate history of the relic to date. Until such time as new evidence comes to light, we have assembled everything we can to give as complete a picture as possible of its history.

AmeriCymru: It was stolen in 2014. How did this happen?

Ian: Back in 1967 the then owners of Nanteos mansion sold up and left for anew home in Herefordshire, taking the Cup with them. It passed to the daughter when her mother died but remained in Herefordshire. The Cup was taken from the owner’s home during a burglary while the owner was in hospital.

AmeriCymru: Where is the 'Grail' now? Can it be viewed by the public?

Ian: The Cup was recovered by the police in 2015 under circumstances which were – and still are – baffling. Obviously the Cup needed to be kept in a more secure location and a decision was made to allow the National Library of Wales in Aberystwyth to display the vessel in a specially built exhibition area on the top floor of the National Library. The exhibit was formally opened in the summer of 2016 and the Cup can be viewed by the public during opening hours. You can view a 3D model of the Cup online.

Here is the link: https://www.library.wales/visit/things-to-do/exhibitions/nanteos-cup

AmeriCymru: What first interested you in the story of the Grail? What inspired thebook?

John’s Answer: I've been studying the Arthurian legends and especially those of the Grail for the last 40 years. This brought me into contact with the wonderful Fred Stedman-Jones, sadly now deceased. He was the one who first got me interested in the Nanteos Cup and from there on I allied with his researches. When Fred passed on in 2016 he asked me to complete his work if possible. I was also fortunate enough to meet up with Ian Pegler, who had also researched the subject and was familiar with the site of Nanteos itself and various other places in the area. Once we put our heads together, we decided to collaborate to complete the work begun by Fred. It took us a few years to do it, but I hope that in the end we managed to uncover most of the secrets connected with this remarkable relic.

Ian’s answer: I had family links to both mid-Wales and Somerset and as a child I was familiar with traditional Welsh legends (which I learned about in school) and I read books on Arthurian legends and mythology. My dad was very well read and it was probably he who introduced me to the Holy Grail legend. I was born and brought up in Aberystwyth and in 1977 the Nanteos Cup was displayed in the National Library for a few months in the summer and I think I may have seen it back then. Back in 2012/13 I had been writing a book on the Holy Grail and Welsh legends when I first encountered John Matthews and Fred Stedman-Jones both of whom I already knew by reputation and I had been reading John’s books for years.I decided to shelve the book I had been working on in favour of this new book because it became evident that it was bound to be much better than anything I could do on my own. I was given a golden opportunity and so I grasped it with both hands. Through my own research, principally at the National Library, I was able to make some discoveries of my own and push back the recorded history of the Cup back in time.

AmeriCymru: What healing powers is the 'Grail' reputed to possess?

John’s answer: According to the traditions kept alive locally and particularly by the families occupying Nanteos House, the cup itself is well attested to have brought about a number of seemingly miraculous healings. We noticed in our research that this particularly focused around women's medical circumstances. Certainly the notes that have come down through the generations seemed to indicate that the vessel does have healing properties.

Ian’s answer: In the 19th Century the claims seem to have been fairly limited but over time they grew and once the Cup became identified with the Holy Grail they grew even more. In time and thanks to the influence of certain individuals the reputation of the Cup became distorted to well beyond what one might reasonably expect the Cup to be capable of.

AmeriCymru: Where can readers purchase 'The Nanteos Grail'?

Ian: The book is available from most book shops and of course from online suppliers. For those wishing to purchase a copy signed by one of the authors, you may order it from the website of John and Caitlin Matthews http://www.hallowquest.org.uk. But please be aware that postage is extremely high when shipping items from the UK to the USA. Unless you're desperate for a signed copy we suggest you buy from a supplier in the United States.

Ian: The real story of the Nanteos Grail is astonishing and full of remarkable and colourful characters. We hope that readers and members of AmeriCymru will read the book and if they get the chance will make their way to the National Library of Wales to look for themselves at the Nanteos Cup and perhaps feel for themselves something of its remarkable energy.