Click the image above or here for Amazon listings.

AmeriCymru: Hi Stephen and many thanks for agreeing to this interview. What was the first thing you wrote and what attracted you to crime fiction writing?

Stephen: My first thing attempt at writing seriously was a general fiction novel. And my second novel was a political thriller based in London and Wales in the pre-devolution era. Luckily neither ever generated any interest from agents or publishers.

AmeriCymru: We recently featured  Brass In Pocket on the Welsh American Bookstore. What can you tell us about the book?

Stephen: The book is the first in a series of police procedural/crime/ mystery novels featuring Inspector Ian Drake of the Wales Police Service. It is set in north Wales and assumes that policing powers have been devolved to Cardiff and that the police forces of Wales have all been unified into one. The second Worse Than Dead and the third Against The Tide have also been published.

AmeriCymru: Care to introduce your character, Inspector Drake, to our readers?

Stephen: Ian Drake is a detective inspector in the police. He was born and brought up in north Wales [near Caernarfon]. He comes from a rural background – his father and grandfather both ran small holdings. He suffers from OCD, feels guilty about the time he spends away from his family and resents the demands on his time. His wife is a doctor and he has two daughters. Drake can be dour, rude and often a misery but he gets the job done.

AmeriCymru: Can you take a moment to tell us all about the first of your Inspector Drake novels, Brass in Pocket.

Stephen: Brass in Pocket is the first inspector Drake novel and is in the tradition of British detective writing. The book is written in the third person so there are multiple points of view the principal character is Ian Drake. He is a nuanced character, facing challenges in his personal and professional life from his OCD. After the murder of two police officers on an isolated mountain pass the killer starts sending Drake messages in the form of lyrics from famous rock songs. Drake has to face the challenges of a high-profile enquiry as well as the investigation touching his life personally.

AmeriCymru: What can you tell us about Inspector Marco?

Stephen: John Marco is from Aberdare. His father is from an Italian family and his mother is from Lucca, near Florence. He is single although he has a son from a past relationship. He has a rebellious streak but he has a sense of humour.

AmeriCymru: What can you tell us about  Speechless the first Inspector Marco novel?

Stephen: Speechless was inspired by reading a report about human trafficking to South Wales. And also it is about how the open borders of Europe have attracted thousands of people from Poland and other countries to work in the cities of the United Kingdom. John Marco comes from an interesting background himself which is threaded throughout the plot. It is written in the first person and is more fast-paced and grittier than the Inspector Drake novels.

AmeriCymru: What advice would you give to aspiring writers?

Stephen: Keep on writing- join a group and get your work critiqued. And don’t be afraid of someone telling you how to improve. Perhaps consider going on a short course and above all read and read in your genre.

AmeriCymru: Who are your favorite crime writers?

Stephen: Ian Rankin and Val McDermid must be near the top of the list. As well as Harlan Coben, Raymond Chandler and Karin Slaughter. But there are so many great crime/mystery writers. And then of course the Scandi Noir authors too – Mankell, Nesbo.

Stephen: This could be another long list. There’s a series on BBC at the moment called The Missing where the acting is exceptional and the script profoundly good. Hinterland from Wales was superb too – on Netflix in the US soon I understand. But then The Sopranos and The Killing must be high on my favourite list.

AmeriCymru: Where can our members and readers find details of your books?

Stephen: I have a website – www.stephenpuleston.co.uk and all the novels are available as e-books on Amazon.

AmeriCymru: What's next for Stephen Puleston? When can we expect your next book?

Stephen: The second Marco novel – A Good Killing has a target publication date of 8th May and the third Somebody Told Me of the 8th September. After that I hope to get an extended Drake short story finished before a full novel by the end of 2015 beginning of 2016.

Stephen: There are so few Welsh crime writers I hope that in the future crime writing from Wales - Dragon Noir maybe? - can be as successful as Tartan Noir is in Scotland. 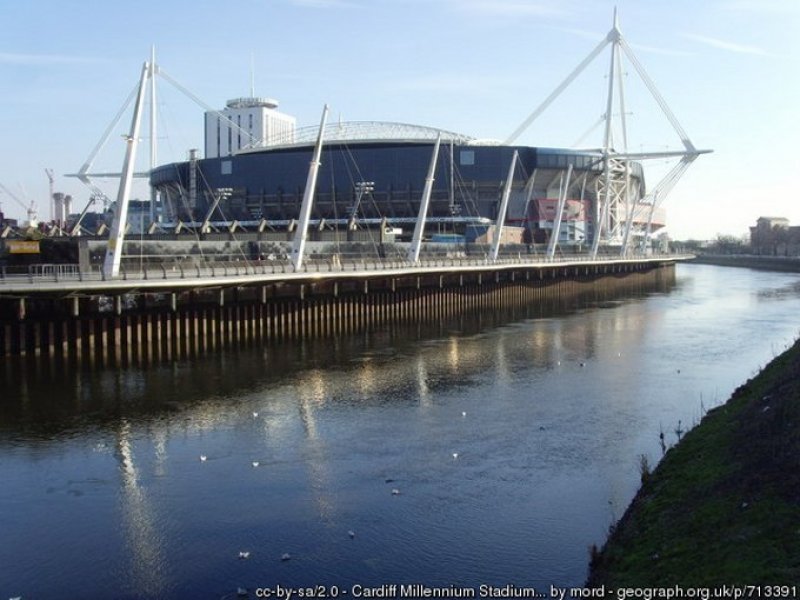