Out And About In Oregon (2)

We took a few days to explore the backwoods of Oregon this winter and headed for Lakes Billy Chinook and Simtustus near Madras. We packed a Canon Rebel and a GL2 and spent many happy hours filming and photographing the glorious surroundings. I hope to get some film footage up shortly but meanwhile you can find some of our pictures on this page and more here Lake Billy Chinook Gallery

A Canon Rebel is not the best of cameras and the light was not good but we hope our shots have done the area some justice. Anyone wanting to visit will find a google map at the bottom of the page and here are some details about the lake and its history from the Wikipedia:-

Lake Billy Chinook is a reservoir in Jefferson County in the U.S. state of Oregon. Created by the Round Butte Dam in 1964, Lake Billy Chinook lies in a canyon at the confluence of the Crooked, Deschutes, and Metolius rivers near Culver and Madras. It was named for Billy Chinook, a Native American of the Wasco tribe who traveled alongside American explorers John C. Frémont and Kit Carson in their expeditions of 1843 and 1844."

You'll need a whole day if you're planning to explore the area properly, especially if you plan to take in Lake Simtustus too, but it's well worth the effort. On a cautionary note, it would be ill-advised to visit during icy conditions because of the many steep, narrow and winding roads in the area. 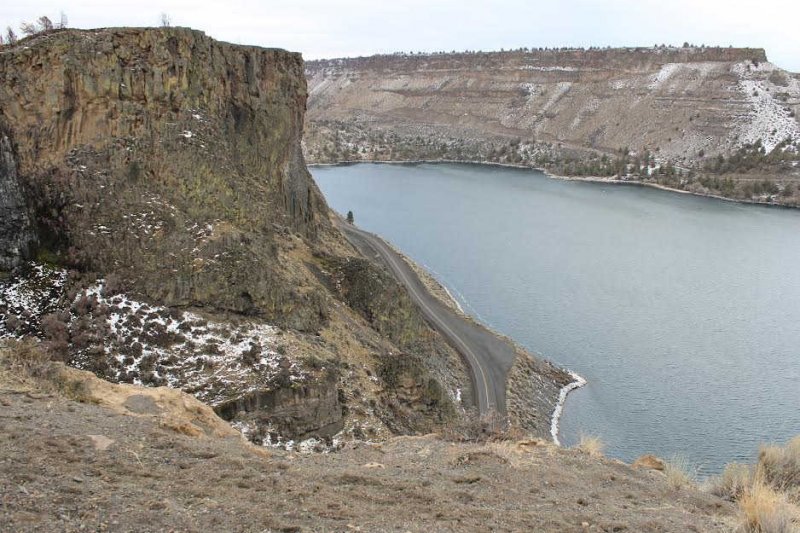 One of the fascinating and easily missed sights in the area is the Crooked River Petraglyph. It can be found at the roadside as you pass the 'Island', a peninsula situated between the Crooked River and Deschutes branches of the reservoir. The 'Island', closed to public access since 1997 is home to one of the last nearly pristine ecosystems of its type in the United States. The petraglyph is a stunning relic of a bygone era and more can be learned from the series of interpretive panels which accompany it (quoted below and pictured here ) 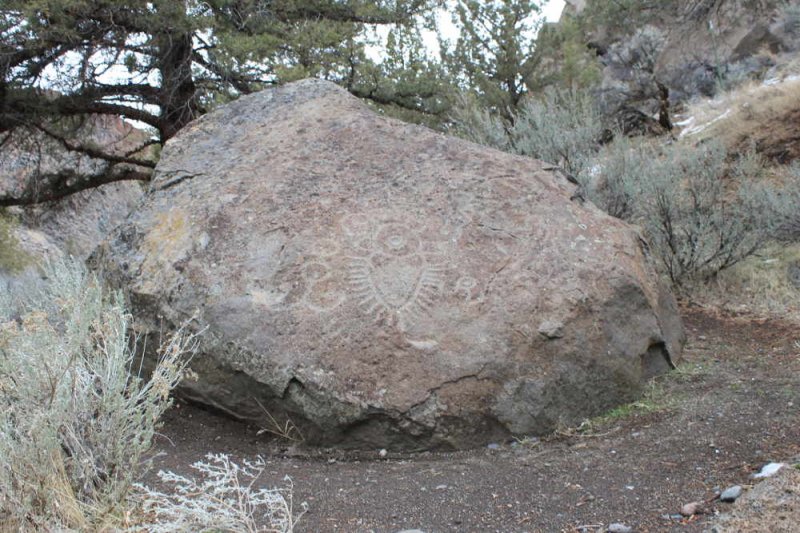 In 1961, three years before Lake Billy Chinook was created, University of Oregon archaeologist Luther S. Cressman surveyed the three river canyons in this area. Of notable interest was this massive, engraved basalt boulder along the west bank of the Crooked River. Because of its perceived historical value, the Crooked River Petroglyph was extracted in the winter of 1963 and placed at this site, approximately one mile from its original location, as a reminder of the area's cultural history.

Similar ancient images and designs found worldwide are collectively known as "rock panels" by scientists. In this region, the appearance of these often-stylistic images varies among cultural groups, but the true meaning of the images is known only to those who originally made them.

Lake Simtustus (pictured below) is an infrequently visited jewel. It is entirely flanked along one shore by the Warm Springs Indian Reservation and apart from a small boating resort there is no human activity for many miles around. 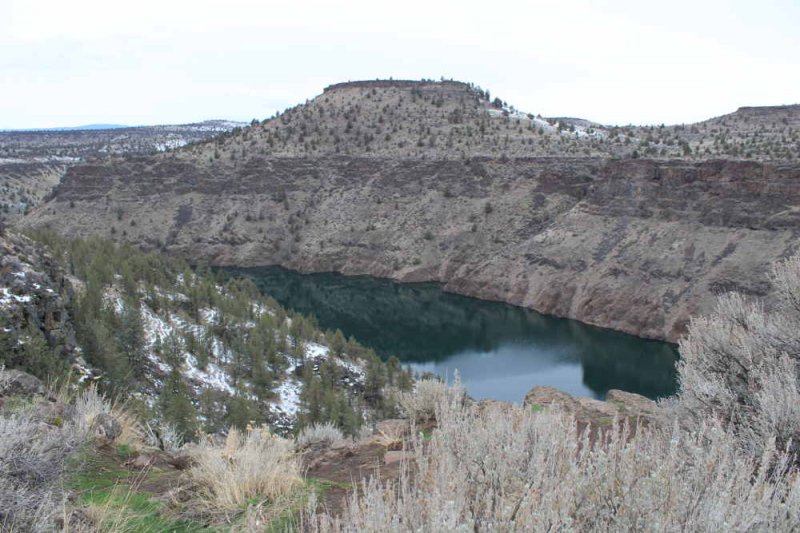 And here's where it's at if you're planning to visit