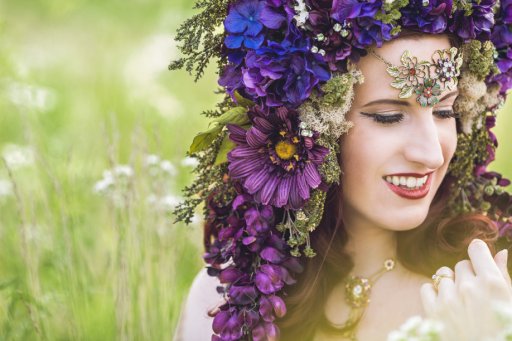 I saw the request today from the Media Wales writer about wanting responses from Welsh-Americans on the US elections. I thought I'd share my response to him with all of you:

1. What is your name (and if possible your age)?

My name is Meredith Efken, and I’m 42 years old.

2. Where is home and and what do you do for a living?

I live in central Texas, and I’m a novelist. I write adult and young adult fantasy and magical realism under the pen name “Meredith Rose."

3. What links do you have to Wales? How did you, or your family, come to be in the United States?

My Welsh heritage comes from a few generations back. My great-great grandparents came from the Merthyr Tydfil area and settled in Colorado where my great-great grandfather was a coal miner. Eventually, they moved to Iowa. My mother was always very proud of our Welsh heritage, and gave me a Welsh name to honor it. She especially loved Wales’ musical tradition (she was a pianist), and she loved the language even though she never learned to speak it. Because of her, even though I’m probably more English and German, and even a bit of French-Belgian, my heart has always been Welsh.

4. If you have visited Wales, what is your favourite place?

I have yet to have the privilege of visiting Wales, but it’s one of my life goals.

5. Do you have a favourite Welsh person?

At the moment, I’d have to say my favorite Welsh people are my Welsh language teacher, John Good, as well as my two Welsh internet friends, Nerys and Jackie. My teacher is so patient and happy to teach us, even when we’re slow or haven’t done our homework. He’s helping me fulfill a lifelong dream of learning Welsh, and sometimes my heart is so full of gratitude to him that it brings tears to my eyes just thinking about his generosity.

6. What does it means to be a Welsh-American today?

Since I’m several generations removed, I don’t know how to answer that. I’ve never been part of a Welsh-American community since there wasn’t such a thing where I grew up or where I live now. It doesn’t seem like most people in America really even know about or understand Welsh heritage or culture. A lot of people think Wales is just a region in England. When I tell them I’m learning Welsh, they just mostly look confused. Some think it’s cool, but they don’t understand why it’s important to me.

In some ways, I don’t even feel qualified to count myself as truly “Welsh-American,” and I wonder if I’m Welsh enough to count. I tend to think of myself as someone with a bit of Welsh heritage who has an odd obsession with it. I wish I had a deeper understanding of Welsh culture, I wish I could live it. I wish there were more Welsh-American communities where I could connect. I wish I didn’t feel like an oddity for caring. The AmeriCymru website has been a real blessing in this area.

But for me, personally, my Welsh heritage and love for it makes me feel a deep connection to Wales, even though I’ve never been there. I think the concept of hiraeth fits perfectly and is a beautiful way to express how I feel. I’m proud of the Welsh people for their resilience and for the country’s commitment to the arts and renewable energy, and I ache for them when I hear of the ongoing bigotry and injustice against them. I sometimes feel like a helpless spectator cheering my home team on from the far-away sidelines across the Atlantic, wishing I could do more than just watch and offer moral support.

I think it’s two sides of the same coin for me. The US has the opportunity and the ability to become a place of greater justice and truly fulfill its dream of equality. I think it’s possible for us to address poverty and systemic racism and bigotry. We have the resources as a nation, but there are still too many of us unwilling to take the steps needed to move that direction.

We’ve had decades of political and cultural hatred being accepted as news and entertainment, and we’ve got growing income inequality and a tendency for our government to ignore the problem. There are a lot of people my age and older, who should be the wise and compassionate voices in our society, who are so fearful, so full of bitterness and resentment that they are always looking for the “other,” the “outsider” to blame.

So my hope is that we will reject the fear and hatred and choose decisively to move toward greater compassion and justice for everyone.

My greatest fear is that we will not.

8. How do you think a Trump presidency would change the US? Would you vote for him?

I absolutely will never vote for Trump or anyone like him.

I think a Trump presidency would be chaotic, and it would likely cause the greatest harm to the most vulnerable members of our society—minorities, women, people living in poverty, members of the LGBTQ+ community. This wouldn’t just be because of his policies, though he could cause plenty of damage at home and globally. But the president also has the cultural power to set the discourse in the country, and with his bigotry and predatory behavior, those attitudes and ways of treating people could easily become very acceptable and normalized. The damage this could wreak will take a generation or more to undo.

On the other hand, I view Trump as an expression of what was already in the hearts and minds of a lot of conservatives in this country. He has given voice to the heart-level ugliness that’s been brewing for a long time. To me, he doesn’t bring change to the US so much as he is a mirror of the changes that have already happened. It’s just that until now, those changes could be disguised, and now he is exposing them, reveling in them, and making them the public face of America.

9. How would Clinton change the country? Would you vote for her?

I would and have already voted for Clinton—the first day early voting was open in my city.

Policy-wise, I don’t know how she would change the US. I’ve been a Democrat for over ten years now, and I’ve learned the frustration of many progressives in the party—the establishment prefers incremental change or no change at all. I am concerned that she won’t focus on reining in the excesses of the finance industry that has caused income inequality to skyrocket. I am concerned that she seems to default to military action instead of more peaceful diplomatic efforts.

But she also has a life history of working for greater equality and better treatment of women—in the workplace, in society. Many of her positions and policy decisions are more progressive than any recent Democratic president, including her husband. I think she has the potential to move our country in a more just direction, if she chooses, and if Congress will support her instead of road-blocking her.

I also think that we can’t ignore the impact that having a woman president will have on society. This election has exposed the ugly truth of systemic sexism in our culture, similar to how the reaction to Obama’s campaigns and presidency shed light on systemic racism. It’s painful and horrific, but we can’t change as a culture if bigotry is allowed to remain in the dark. As much as I’m dreading the nastiness that will be directed at her if she becomes president, I truly believe it will be good for the country in the long run to experience what it’s like to be led by a woman. She won’t be perfect—no one is—but I think she will show the country that experience and leadership and wisdom are not male-only attributes.

10. Do Clinton's Welsh roots make you more likely to vote for her?

I wasn’t aware of her Welsh heritage—and since I’ve already voted for her, it clearly wasn’t a factor for me. But even if I had known, even though I love Wales with all my heart, it honestly wouldn’t have made a difference to me. I realize that in Europe, in the UK, the distinctions between Welsh and English, Polish or Greek or German, are still significant.

But here in the US, most of us who are European-descended and whose immigration point is several generations removed are a patchwork of different heritages. We find our family history interesting, and some of us, like me, tend to feel more of an emotional attachment to one heritage more than another. But it wouldn’t really influence our voting decisions.

Thanks to the US’s particular brand of racism, most people don’t care about a candidate's heritage unless their skin is dark. Ideally, we will someday move past even that and be able to look at a candidate’s experience and policies instead of their race or gender.