Prince Madoc, did he or didn't he?

Ceri Shaw » Groups » Madoc » Discussions » Prince Madoc, did he or didn't he? 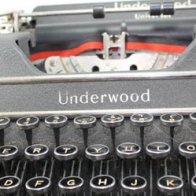 Prince Madoc, did he or didn't he?

I think on one side people want to think this is true, it sounds good, and on the other side it's discounted out of hand - it sounds ridiculous, there's no evidence to support it, it's a load of fabrication.

My own opinion is sort of open, I haven't seen any persuasive evidence that it's true yet but I remember when people didn't believe oral history which said that the Norse had reached the North American continent before Columbus either and that was proven to be incorrect. We have oral history that says that Madoc existed and came here, it's not impossible that it could be true, we'll see what's discovered as time goes by. Oral history has many times later proved to be true.

Here's a veeery interesting blog post on this subject, which also mentions Ken Lonewolf and the discovery of an ancient harbor at the site of Madoc's alleged debarking, Rhos-on-Sea:

Lonewolf, 67, from the Pittsburgh area, believes he is descended from a tribe of Welsh Indians and is working on persuading U.S. authorities to release samples for DNA testing and carbon dating.

'Our last Shawnee leader was named Chief White Madoc; this name must have been passed down for many generations," says Lonewolf. "This was our chief who sold our village to white settlers in the late 1790s. This is not a figment of my imagination, but a matter of county court record dating to the late 1790's or early 1800's.'"

Ken, do you know where we could get that record? I'm hunting online to see if anyone has put it up.

As to the Mandans being descendants of Madoc, no one has ever produced any evidence that the Mandans spoke any Welsh and people who actually met them said they didn't. I haven't met any Mandans or heard their opinions myself.

Below is a weirdly good article on the Mandans on a Slovenia tourism site:

and quotes Welsh explorer John Evans, who visited and studied the Mandan in 1796, "hoping to find proof that their language contained Welsh words. Evans spent the winter of 1796-97 with the Mandan but found no evidence of any Welsh influence. In July 1797 he wrote to Dr. Samuel Jones 'Thus having explored and charted the Missurie for 1,800 miles and by my Communications with the Indians this side of the Pacific Ocean from 35 to 49 degrees of Latitude, I am able to inform you that there is no such People as the Welsh Indians'[16]."


Replies to This Discussion

John Evans, was said to be an alcoholic in is latter years, who contradicted this statement ("no such People as the Welsh Indians") more than once when in drink. He also worked for the Spanish (?) government for a while, after being jailed as a British spy I believe. Not entirely reliable, especially when you think that Spain apparently paid for his drink and didn't want any other people laying claim to the New World.

I also thought that there were more than thirty words in common between Mandan and Welsh??

I wrote an article for the Desert Shamrock some years ago (linked below). If it's not all true. I hope it's entertaining. Hwyl Sioni Dda.

I'm a newbie to this network, so I will try to tread firmly but politely. I confess decades of research, for academic and personal aims, of Irish investigations but a semi-dormant concurrent interest in Welsh cultural, nationalist, and linguistic connections to Ireland. Now, I am trying to learn more about the Cymric side. Please be gentle with me!

My interests also include medieval British literature and medievalism, thus my curiosity in how Celtic tales get revamped by later storytellers. Madoc's been on the back burner although I've yet to read my copy of Gwyn A. Williams' study; I am halfway through his "When Was Wales," however.

By the way, I've reviewed a couple of titles that are germane. In passing, Emyr Humphreys' "The Taliesin Tradition" brings up Madoc in the American context as a rallying point for Welsh colonization. I posted about TTT on my own blog (see link to my review on my blog URL at my profile) only ten days or so back, and on Amazon US. Humphreys accepts the power of the legend but remains skeptical. If I may say so as a medievalist, a great-grandson of a man killed for his Land League activism for the Fenians-- found drowned in London over a century ago-- and as someone aware of how we moderns make sense or nonsense out of a presumed or real Celtic past, I'd caution romanticists about taking distant rumors and inflating them into what people centuries later want to wish. That's the appeal and the danger of Celtic revivals.

While I remain sympathetic to Ken Lonewolf's claims, I am also sure that he and anybody involved in serious searching of this vexed question about Madoc wants to follow truth and not conjecture. The Mandan-Welsh similarities rumored may be a treacherous foundation, for this tenuous and often coincidental tallying up of soundalikes reminds me of British Israelites who argued that Brit="covenant" and Ish="man" in Hebrew, so voila-- British had a Hebrew origin. Linguists to my recollection deny Mandan-Cymraeg cognates; seekers of alternate paths to wisdom denied by scholars may believe otherwise. As a Celt myself, whatever that revived term means thousands of years on, I acknowledge both a tug of my soul and the restraint of my mind.

Madoc has a tangled context. Iolo Morgannwg's involvement in the publicizing of John Williams' account in 1791 should be noted. He did not always rely on facts, to say the least. Madoc was told to bolster Welsh emigration, it was promoted to counter Catholic colonists and Spanish threats, and it was popularized earlier by John Dee, who coined the term "British Empire," in his support of Welsh backing and co-option of that people and that polity within Elizabethan imperialism. Madoc was used to extend royal power.

I read a few years ago the Irish poet Paul Muldoon's 1990 "Madoc" book-length sequence on Amazon US-- it's as formidable, erudite, and enigmatic as his other verse, I warn you, very loosely based on Robert Southey's 1805 epic. And, just last night, with no idea about this group yet, I was browsing Meic Stephens' "The New Companion to the Literature of Wales" (2nd ed. 1998). I found its entry on "Madoc." Here's the final three sentences, after it relates Madoc's 1858 debunking by Thomas Stephens. This entry seems to strike the right balance between skepticism and possibility; I admit I was surprised by its open-minded tone.

"It was probably a legend concocted in the sixteenth century to counter Spanish claims to the New World and to stress Elizabeth I's rights as heir to the Welsh princes. Yet, bearing in mind the strong Viking connections of the rulers of Gwynedd and the fact that Viking voyages across the Atlantic are accepted as germane, the Madoc story is not wholly incredible. There is no serious navigational argument against it and references in Welsh poetry, the account of William the Minstrel and early Spanish maps can be interpreted to give it credence." (s.v. 476)

P.S. Forgive me for a first post that may repeat earlier comments, but as I happened to find this only last night, I figured I'd leap into the friendly fray. Thanks for your comments in return, and I hope I can learn from this discussion. Hwyl pob ichi.

Well if Madoc was Irish or Scotish, then there would be no question, he would have done it and it would have been bigger and better than Columbus as well. So should we should shout and make it known he did. No question.