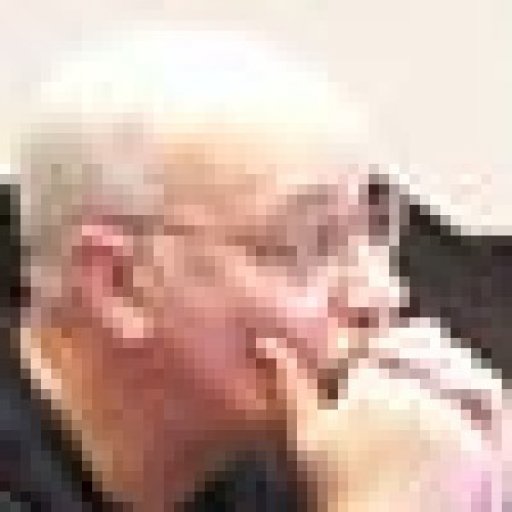 The beat of Romans feet marching in cadence is heard beating for half a league. Wildlife scurried, flew or fled from hedge and field as the relentless soldier has poked sword or spear everywhere questing to fulfill Maximus order to recover his treasure. Houses and homes brutally ransacked; blood spilled to paint floor and field in the name of Caesar. The wrath of the Romans was upon the land, far and near to the great stone circle called Stonehenge. However, no traces, no hint of the foul hedge witch Cyhiraeth ( kuh-HEE-ryth ) or
the Serpentine Egg; is in sight.

Cyhiraeth was mad with frustration and furious, a watched pot never boils indeed. She stormed around her small hut hidden on the edge of the village how can water never boil. Cyhiraeth had been watching this pot (a caldron in fact) for one hundred years, never
once had it boiled. The water would become scalding hot, throwing off clouds of steam but never boiling. Cyhiraeth had felt so smug snatching away the Serpentium Egg from under the Centurions hooked nose. Such a pretty thing, it cradled in her arms like a three stone (forty-two pounds) babe, pearlescent shell with gold and silver flecks between veins of black onyx across the surface. Maximus
sent two legions to scour the Stonehenge region up to the Severn Estuary looking for the egg. The Romans never found Cyhiraeths
hut, inside and out covered in Sods Law this spell was of opposites. Whatever the soldiers wanted to see they saw the opposite when near the old round hut. Cyhiraeths fame spread but not for the good, no one wanted the Romans to know where Cyhiraeth was for their own sake not hers. A hedge witch now had the Druids treasure; but the Wrynn Egg of the Princes of Dyfed was no longer in Roman hands. Little did she realize that the spell itself kept the water from boiling for that hundred-year period. Poor Cyhiraeth never realized that casting the spell outside her hut would have done what she wanted, instead the egg kept comfortable for the hundred years.

Cyhiraeth did not take part in the grove gatherings of the Druids, or coven circles of the local Wicca. Cyhiraeth was a witch of an odd sort, she began life as a street urchin never knowing parents and scavenging in a small village, which she never left. Some traveler
from Dyfed named her Gwrach y Rhibyn, meaning Hag of the Dribble or Hag of the Tattered Vestments. In the Welsh, language a
nickname was used and this is what stuck to Cyhiraeth. The folk tale : She is often described as having long black hair, black eyes, and a swarthy countenance. Sometimes one of her eyes is grey and the other black. Both are deeply sunken and piercing. Her back was crooked, her figure was very thin and spare, and her pigeon-breasted bust was concealed by a somber scarf. Her trailing robes were black. She was sometimes seen with long flapping wings that
fell heavily at her sides, and occasionally she went flying low down along watercourses, or around hoary mansions. Frequently the flapping of her leathern bat-like wings could be heard against the windowpanes.

As a girl, she began listening under the windows of the three village witches to learn what she could. Every spell, incantation and brew she stored in her head, it made her feel more powerful. She spied on the field trips the witches took to gather natures bounty for their art; herbs, plants and charms collected to brew and chant over.

Then after ten years of collecting, practicing witches work, she approached the village three. Who is your mother? They asked. I do not know who my mother is, replied Cyhiraeth. Cyhiraeth
abandoned as a toddler on the path through the village, lived wild and free. The witches of the village turned her away from their huts without references they would not teach her. Cyhiraeth had desired friendship, companionship and even love but all was denied her. Any of the youth of the village who got close enough to notice Cyhiraeth were not on the downwind side of her. Well she did
go to the pond once or twice a year, why so fussy. Bitterness boiled, envy raged and malice moldered in a once healthy young heart.

Pliny the Elder wrote in Historia Naturalis xxix about his fear of Druid magic and use of the eggs.

Cyhiraeth remembered sitting outside the village Inn in the night and hearing tales of power, fortune, luck and love for the possessor of the Serpentine Egg. The Romans were fearful of the bearer of any dragon egg because any bearer could influence the magistrate and no edict could be issued unless the bearer of the egg wished it so. Druids with dragon eggs were hunted down and slain by the Romans. Ah, Cyhiraeth pictured herself in the finest of gowns, a handsome druid on her arm to do her bidding. Of course, the Druid would think her a beauty beyond measure. Druids had become very secretive and blended into the peasant population, as guardians
of the eggs no one knew what would quicken an egg. Alas all the effort of stealing the egg, keeping a day and night watch over it in the caldron left Cyhiraeth without hope of ever seeing the water boil. The dragon inside had never been quickened, Cyhiraeth had not carried the egg close to her breast as she should have, plus the Sod Law spell not letting the water boil.

As Cyhiraeth stomped down the dirt path from the village to her hut a most magical wagon rumbled up to her. Two giant draft horses pulled big, bright yellow with red trim and covered by a pink canvas hooped to cover the wagon. The leathery and rangy man on the seat
wore a cap on his head of bright yellow with black bands around it like a bumble bee. A big ball of material hung on the end of the tail and bounced at his waist. With a grin as wide as his face, the apparent tinker spoke to Cyhiraeth.

Good fair lady called the tinker. Have need of anything to buy or barter? The corners of the tinkers eyes were like crows feet and added to his merry appearance, and his voice was kindly. Cyhiraeth was tired after sleeping under the window of the Inn the night before. Instead of biting off his head as was her wont with strangers she simply replied. I have no coin and know not what I have to barter. The tinker looked down at her with the same smile and
replied. Cyhiraeth do you not still have that old Serpentium Egg? The moment he spoke to Cyhiraeth, she begun tingling from head to toe. Even so Cyhiraeths blood froze, how did he know what she had? Could he have her arrested for having a stolen object? But today all Cyhiraeth could squeak was and if I do?

Well I can offer this barter then replied the tinker. I have here a parchment which grants the holder full living accommodations at the Wick Inn near Aquae Sulis the old Roman Bath resort (Now Bath). Tis a small circle of witches living in rest and retirement. The tinker gave a broad grin and seemed all the merrier as he made his offer.

Cyhiraeth was befuddled and bewitched by this generous offer. A place to call home, companionship, cooked meals; was she really being offered this? She reached into the folds of her worn cape and produced the egg without even thinking about it. The tinker took and placed the egg in an ash colored bag and placed it under his seat on the wagon. As his hand returned from under the seat, he in turn handed Cyhiraeth the parchment scroll banded in colorful ribbons. The tinker also gave her a large pouch of gold coins and said. A wagon with two wheels and a driver shall pick you and your possessions up within the hour; take with you what you will.

The tinker further informed Cyhiraeth that she would have a room on the third floor facing the Avon River, and two meals a day in the dinning room for all the residents. With that the tinker gave a cluck to the horses and rumbled on down the path past the hut.

Cyhiraeth stood in the middle of the path watching the tinker as he pulled out of sight. What just happened to me? she thought. Then before she could even answer herself, she heard the clop, clop, clop of a horse drawn wagon coming right up behind her. The driver was a large kindly woman in a midnight blue cape with stars sprinkled all over it. The large well-padded woman beamed at Cyhiraeth, if you be Cyhiraeth you had best get up here on the seat dear, we have no time to waste the Wick Inn is 175 leagues from here. Cyhiraeth head spinning as she climbed onto the wagon seat was welcomed by Moresentia (the driver: Witch Queen of Wick Inn) who asked if she had anything she wanted to take with her. So a short time later Cyhiraeth saw the last of her hut as she stowed her sack under the seat of the wagon.

The other seventeen witches occupying the old mansion welcomed Cyhiraeth into the Inn and her room. The next night she met Gladius the retired Roman soldier in charge of the Temple and the Baths. Much work had been done by the coven to restore the baths after the Romans left. So Gladius keep the gate open to the friends to use late at night all by themselves. Cyhiraeth was encouraged to go almost nightly for the first few months she was there.

And so Cyhiraeth lived out her days in peace and comfort with the companionship of the coven at the Wick Inn. Wait a minute you say, what happened to the egg? Well there are many tales about the Serpentine Egg and this wee tale was but one. The end of Cyhiraeths story was that after a hundred years of being hard steamed the heart within the egg was warmed by her attention. The dragon within the egg communicated with the Druids of Stonehenge and made the arrangements himself.

Moral of this Serpentine tale a Hot & Steamy relationship of one hundred years can produce a happy ending. 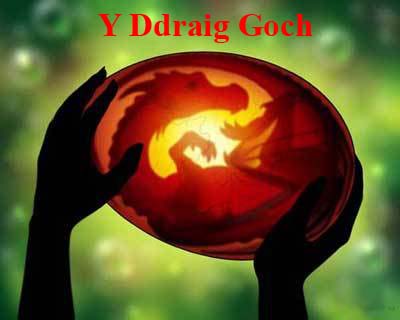