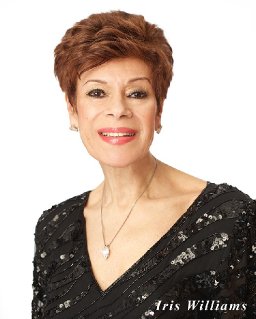 New York, NY – July 13, 2016 – From the bucolic valleys of Wales to the rugged coastline of Maine, comes Iris Williams, with love.   Ms. Williams, a critically acclaimed and popular performer on the New York cabaret scene, has been invited to appear during the inaugural season of The Vinegar Hill Music Theatre in Arundel, Maine on August 17 at 8pm .  Iris says of the sympathetically converted historic barn, “It’s anything but [barnlike]. It’s an intimate setting that suits me perfectly.  It’ll let me keep the audience where I like them – up close – in a hug – or ‘cwtch’ as we say in Welsh.” http://vinegarhillmusic.com/ ;

Themed “I Wish You Love,” her relaxing summer set will include standards from the American Songbook, Broadway classics, and familiar film tunes by Jerome Kern, Steven Sondheim, Henry Mancini and others. Songs made iconic by Nat King Cole and Edith Piaf, whose emotional connection to their music has informed Iris’ own approach, will be featured . Buy Tickets .

Iris says of her love of cabaret, “I am very drawn – musically and especially lyrically - to The American Songbook.  I relish interpreting these lyrics with their compelling stories of love, sadness, happiness, and loss so that my audiences can connect on a personal level with the meaning of the lyrics behind the music.

To quote The New York Times ’ Stephen Holden, “This demure … singer has one of the most striking voices in all of cabaret...”  “The vivacious and elegant chanteuse always performs with a mischievous twinkle in her eye.” Recently, Cabaret Scenes declared, “The stately … singer, Iris Williams, made her Birdland debut …, performing to an enthusiastic sold-out house. With her low-key charm, elegant presence, and lovely, deep-throated contralto voice, she truly inhabited each of her songs. She had the audience in the palm of her hand ...” Iris Williams sings “Dreams”

A favorite of Presidents and Royalty, Iris was born in Pontypridd, Wales.  Her exceptional talent and rich, warm contralto have impelled her far beyond the borders of her beloved Wales.  A scholarship student at The Royal Welsh College of Music and Drama, she eventually decided to transition away from opera.  Her classical training helped Iris to thrive when her honest and touching rendition of “He Was Beautiful” first went gold, then platinum and propelled the already-accomplished singing actress along a different path, launching her international career . Iris Williams Facebook ; Iris Williams Twitter ; www.iriswilliams.com/ .

Now based in New York, the much-loved songstress still performs in Wales. Awarded the OBE (Order of the British Empire) by Queen Elizabeth II for her musical accomplishments and her work with charity, Iris has performed at The Algonquin’s Oak Room, for President Gerald Ford and the British Royal Family, and with Tom Jones, Bob Hope, Rosemary Clooney and others. She is currently filming a British TV special.