The Hay Festival is a two-week affair. I spent the second week at the festival working as a steward. Thus, I was able to experience the festival for free, and get fed along the way. I worked two, sometimes all three shifts, on most days. Consequently, breakfast, lunch and dinner were covered by the event. They treated us well, and I ate far more than I am normally used to eating. And being able to experience the events completed my intellectual feasting as well. Y Teithiwr Twp slowly became Y Teithiwr Tew (The Fat Traveler).

My first stewarding stint at the festival was with the kids. Someone needed to watch the ‘Make and Take’ door. As children came in and out from Make and Take tent, I monitored them to make sure no one was lost, or was purposely being left behind to have the festival babysit as the parents got all intellectual. Needless to say there were always a few free-range children pecking around the Make and Take tent, and typically it was not the children, but the parents who were lost. I greeted the children and parents with a “bore da”, a “p’nawn da” or a “croeso”. Some of the people responded back in Welsh, and did so with huge smiles. I joined the kids for a class on drawing unicorns one afternoon, because – well, everyone should know how to draw unicorns. I now have a book I have written about Spikey the Unicorn whose dream it was to play lead guitar for Metallica on the Pyramid Stage at Glastonbury.

One afternoon and evening was filled with an India/Wales mashup: poetry and music from Indian and Welsh artists working together. The night ended with the group Khamira, a combination of the Welsh jazz/folk group Burum, and musicians from India. (YouTube link to Khamira here)

The next few days I spent at the BBC tent. On the last weekend of the event, Saturday became Bernie Sanders day. The crowds were huge, the events were sold out, and everyone wanted to talk about American politics. Bernie is a rock star in the UK, and the excitement was almost as large as Bernie’s campaign on the way to the Democratic National Convention. In the end, the stewards all decided that Bernie Sanders and Jeremy Corbin were the really same the person, as were Donald Trump and Boris Johnson. Clearly there are competing conspiracies happening here.

Meanwhile, a Dalek from the Dr. Who stood at the entrance to the BBC tent. I was briefly accosted by the Dalek, and lived to tell about it. Steven Moffat the former and most recent writer for Dr. Who and the current writer for Sherlock closed out the BBC tent sessions on Sunday Morning.

The last event of the festival featured comedian Bill Bailey. A thousand Brits laughed uproariously, as he talked about American actors mumbling through their lines. As he pranced around mumbling like Vin Diesel and Helen Mirren from Fate of the Furious, I couldn’t tell where his thick West Country mumbling began and Vin Diesel imitations ended. Everyone howled while I understood one word in a hundred. I finally decided that he was speaking Cornish, and I was in a room with a thousand radical Cornish nationalists, which is apparently more than double the number of Cornish speakers who actually exist, but my personal conspiracy theory still made more sense to me than his West Country mumbling.

Throughout the week at Hay, I found myself repeatedly being asked if I was the American who: 1) spoke Welsh, and 2) was sleeping in a hammock in the trees above the Wye river. At one point the Quaker tent at the festival needed a Welsh sign to say that their Welsh language brochures were free. They approached the Steward tent to ask if there was a Welsh speaker who could help write the sign. The fact that an American was sent to handle the task became a source of jokes for the next couple days.

My experiences in Welsh ranged from a Welsh speaking father and son who stared at me as though I was an alien speaking Clingon, to a conversation with pair of couples from North Wales who told me that I spoke quite well and should continue to embarrass the Welsh people who have forgotten their Welsh.

In the evenings, I typically went into town. My favorite watering hole was a pub called Beer Revolution. It has a nice little garden out back, and a fine line-up of ales for nerdy micro brew lovers like myself. Then I spent one late night at Kilvert’s with my friends Stephen and Jed, whom I met from the previous years stewarding at the HowTheLightGetsIn philosophy festival.

I’ll be back at Hay-on-Wye next year for both festivals: The Hay Festival, and HowTheLightGetsIn. It is a place that feels like a home for nerds. Hay! Are you coming next year? Perhaps we could form an AmeriCymru takeover. 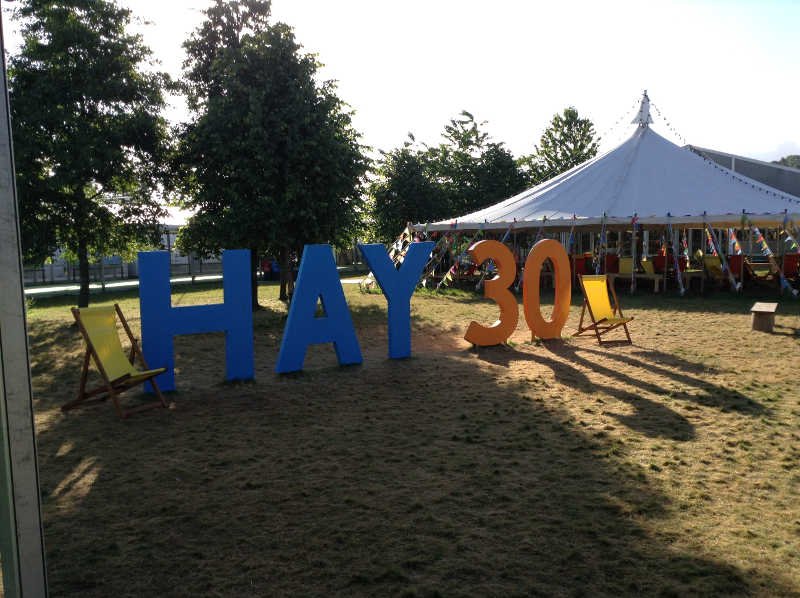 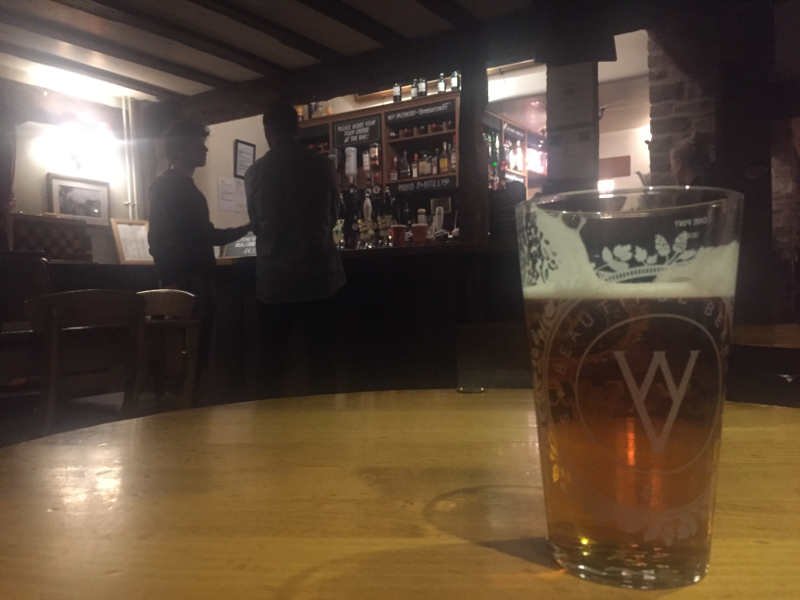 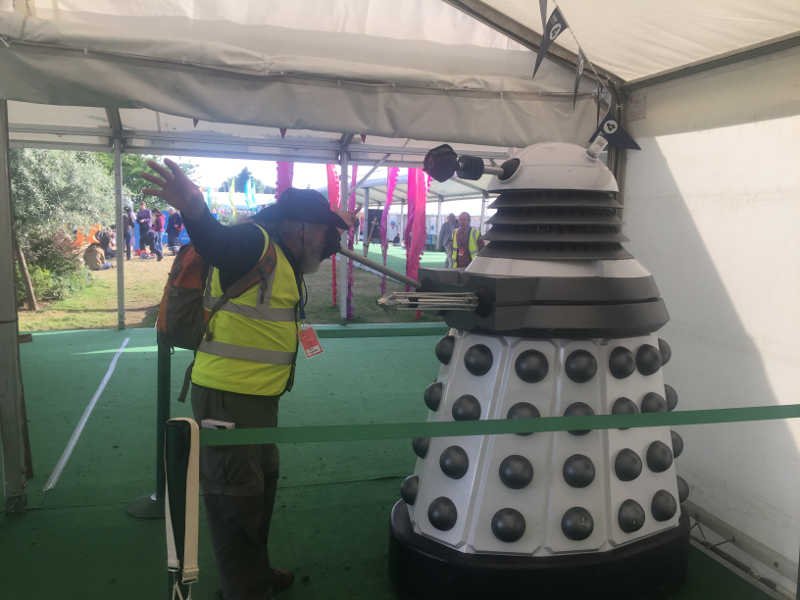 
So let me get this straight..... You had a few beers and you were attacked by a dalek? How many did you say you had?