On my third day at Hay-on-Wye, The New Welsh Review hosted a writing awards ceremony. The ceremony was sponsored by AmeriCymru and Aberystwyth University. I puttered my way to the Summer House. It was a particularly warm Welsh day. The festival had seen little rain, which may be attributed as a minor miracle. At the festival in Cornwall, I found an injured pigeon, jokingly presented it to the set up crew as dinner, but when I let it go, it flew away. With the pigeon healing event I had already considered calling the pope to ask for the canonization process to begin, but now good weather was following me through Cornwall and Wales. I figured I had two minor miracles under my belt at this point.

A pretty lady in a beautiful peach dress met me at the door of the Summer House. Gwen Davies turned out to be the judge of the contest and the editor of the New Welsh Review. She introduced me to the three short list finalists for the novella prize, which was co-sponsored by AmeriCymru. Nicola Daly wrote The Night Where You No Longer Live . Olivia Gywne wrote the The Seal . The winner of the prize was Cath Barton from Abergavenny who after retiring has pursued writing as a new career. Cath had been a contributor to the former Celtic Family Magazine out of Los Angeles. Her book The Plankton Collector is a fantasy realism piece about a magical individual (The Plankton Collector) who appears as a variety of everyday common people to bring help to others in need, and the resolution to their difficulties comes in common ways. The prize-winning piece was good for a £1,000, plus an extended excerpt of the book was professionally read and placed into a beautifully animated video. Catherine Haines won the New Welsh Review Memoir Prize (co-sponsored by Aberystwyth University) for her book My Oxford about a young woman studying at Oxford who survives severe anorexia.

As the ceremonies began, we drank wine and nibbled on tasty bites. Then the awards were announced, as the photos were snapping. I caught Cath Barton after the event in a nine-minute interview, which you can watch here. She is a gracefully engaging woman. I made a point of asking her about her emotional acceptance speech. She cried, she laughed, and she made us all love her to pieces. Her short thank you was my personal highlight for the afternoon ceremony.

The New Welsh Review describes itself as the foremost English language Welsh literary magazine. It seeks out the best in new fiction, creative non-fiction and poetry, and offers a vibrant outlet for expression and discussion. Gwen Davies is a wonderful host as are the other staff members: Marketing Dude Jamie Harris, and Administration Maven Bronwen Williams. (I suppose I should admit to Californizing their titles.)

Since I am traveling, I signed up for the New Welsh Review in digital format, which was only £6.99 for the year. If you are a writer or an avid reader with a serious case of Cymrophilia breaking out all over your body like a Red Dragon rash, then you should consider signing up. You can go online to www.newwelshreview.com and find the link to sign up for hard and digital copies for £16.99, or if you want to get the e-format only, you can contact Bronwen Williams at admin@newwelshreview.com .

Next post, I will finish up my thoughts on Hay-on-Wye and the Hay Festival. I somehow became mildly famous for being the American Steward who spoke Welsh and slept in a hammock in the trees. Bernie Sanders spoke at the event. It turns out that he is a rock star in the UK, and I had to answer all kinds of questions about American politics. Then I tried to follow the cawl thick accent of a British comedian, who told jokes about American actors mumbling.

The video for Cath's book can be found at http://www. newwelshwritingawards.com/

3. The beginning of the award ceremony in the Summer House 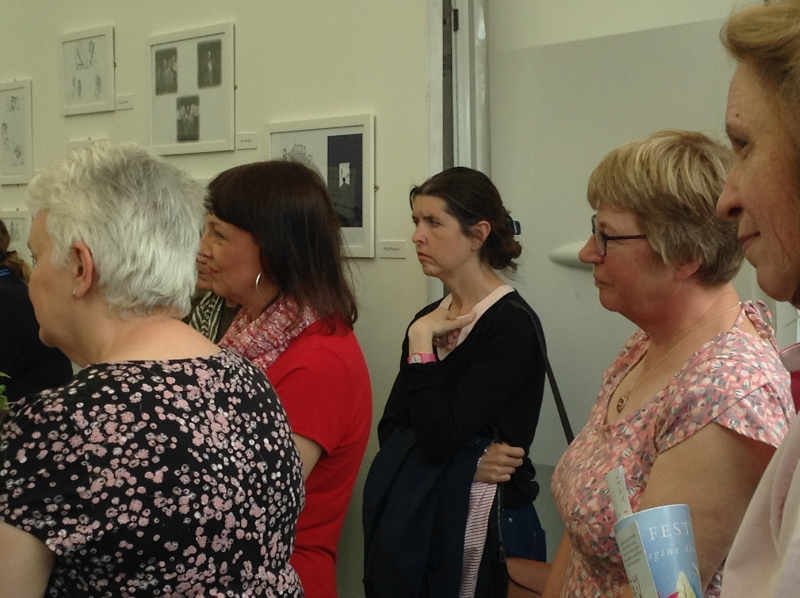 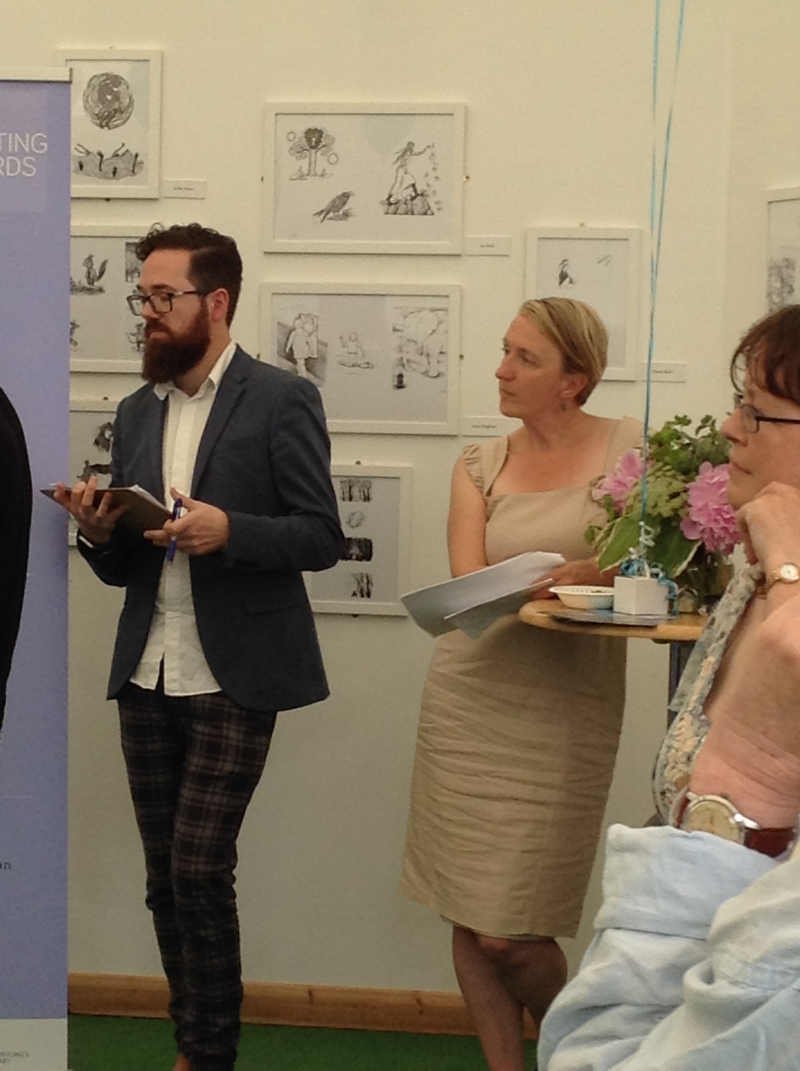