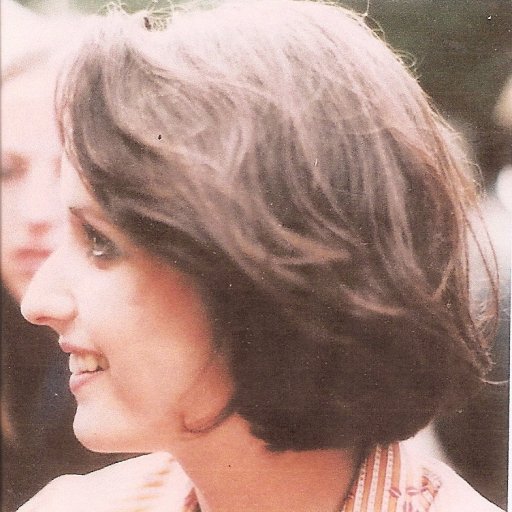 Over the past 10 days or so, David Lewis and I have been marketing quite frantically on social media, trying to sell his book of poems, Slushy Tourette's.

This book, both in e-form and print, will benefit Harrison's Fund, a member of the Duchenne Alliance. Neither David nor I will gain anything from the sales, apart from a sense of satisfaction. A small core of supporters has both bought the book (sometimes several copies) and helped spread the word via Twitter, but we need more sales! Until 15th October, lulu.com is offering the print version (and all print books on its site) at a 25% discount with the code EATYOUREGGS. This is a fantastic opportunity to buy the book either for oneself or as a gift; it would make a super stocking-filler at Christmas or a rather wonderful and rather different wedding favour.

There are so many demands made of all of use these days, from umpteen charities, but this one is special. Duchenne Muscular Dystrophy affects 1 in 3500 children (almost always boys) and they are unlikely to live beyond their 20s. Slushy Tourette's gives people the opportunity to do some good and to get something for themselves.

Like many people, I have charities which I support regularly and I tend to ignore the rest. And, like other people, I have problems in my own life which make it hard to care as much as I should about those in trouble, even if they are in worse straits than myself.

David is dying; he has a terminal illness and is in constant pain. I'm not sure what is worse than that. If I'm honest, I am feeling extremely tired; my father has severe dementia and I have scarcely seen my own home this year, being obliged to help my mother. The stress has affected my own health. In addition, my oldest friend has had cancer this year and, because of my situation, I have been unable to be of any direct support. That has upset me greatly.

You might say, "Yeah, yeah, yeah, Yadda, yadda, yadda. We've all got our own problems". Indeed we have and many of them are far worse than mine, but if David can pull himself out of the slough of despond and do something positive with what remains of his life then the least one can do is log on to one of the websites below and spend just a little money (the cost of a fancy cup of coffee for the e-book or a bottle of very ordinary wine for the print version) to bring some hope to thousands of children and their families.

print book at lulu.com (with 25% discount through 15th October with the code EATYOUREGGS)

The British seaside experience does not resemble that of, say, St Tropez. Back in the days when going for a drive was a pleasant experience, families would go to the seaside and very often end up sitting in their cars just staring at the sea; indeed, out of season, many people would go there simply to do that. A flask of hot soup and some sandwiches made it "a day out".

When the weather was pleasant enough to leave ones car, windbreaks would be employed on the beach and elderly members of the family would often be in their best clothes with shoes removed, sitting in deckchairs with their thermos of tea and the inevitable sand-filled sandwich. quite often the highlight of the outing would be an individual fruit pie purchased from the beach shop or café.  Fewer expectations and contentment with simple pleasures!

I was reminded of those days when I went to Tenby the week before last. I cannot honestly remember the last time I went there although I know that we did go as a family sometimes when I was a child. I wasn't even sure how to get there until I looked up public transport. As it happened, there was a train from Carmarthen, on the Pembroke Dock line, and I set off in sunshine.

It's an easy journey of about 40 minutes or so and Tenby station is a short walk from the centre of the town. My re-introduction to Tenby wasn't quite what I'd hoped; calling at the first pub I saw to use the loo (there being none at the station), I decided to have a cold drink there but when I asked for a ginger ale or ginger beer, the woman at the bar made it quite clear that I was persona non grata so I left in a huff. Fortunately, the natives were a great deal more friendly everywhere else. At the old market hall, which has a stone plaque outside reminding us of Tenby's history, the café provided a freshly-made crab sandwich and a big mug of tea. I bought 10 postcards for £1 (payable at the butcher's counter) and felt quite at home.

Opposite the market is The Tenby Deli which has a wonderful and high-quality selection of food and drink and has a café. I did some shopping there before I left!

Something which caused me quite a bit of nostalgia was the department store, TP Hughes. The same firm had a large shop just three doors away from my parents' own shop in Carmarthen when I was a child, The staff were familiar faces at our counter, "Miss Willie" from the corsetry department being one of our regulars. Of course, in those days the store seemed a vast place to me and the Tenby branch is spread over a chunk of the High Street with a sort of "bridge of sighs" joining the different areas at first floor level (2nd floor in the USA).

It's impressive that there are so many independent businesses in Tenby although there are some of the usual High Street suspects too. I was delighted by Fecci's Italian ice-cream parlour (established in 1919) where I bought some delicious ice-cream. Emerging from the shop, I found it was pouring with rain so I just put a scarf on and headed down a charming little street toward the sea view. Eating ice-cream in the rain is all part of growing up and being British! In that particular street is a house called Tradewinds; the long passageway from the gate to the house is painted bright pink and embedded in the walls are souvenirs from all around the world.

It was pleasant just to wander; watching delighted tourists on the horse-drawn carriage or on the sight-seeing boats in the harbour. Eventually I returned to the deli and it was raining again. They had some tables outside with umbrellas so I sat at one of those with an excellent pot of Earl Grey tea, causing some amusement to the passers-by.

Ambling back to the station with my heavy bag, I stopped at the White Lion Street Gallery which I know has a good reputation. Having enjoyed looking at the original work there, I bought some cards and a book of photographs of Pembrokeshire.

I was back in Carmarthen before 4.30pm where the rain was bucketing down. There's nothing like a British summer - pack your socks, gumboots and raincoats!