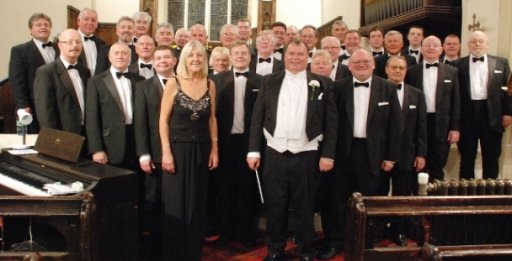 Cr Meibion Morlais has visited North America twice. Most recently we gave eight performances as part of the Royal Nova Scotia International Tattoo in Canada in 2006, but back in 1996 we gave concerts in both Canada and the USA on a two week tour at the end of July/beginning of August.We flew from Cardiff to New York and then headed straight for Philadelphia and Washington where we managed to sing Gwahoddiad in front of the White House. Touring the Capitol, we politely informed our guides about the importance of Richard Price of Tyn-ton, Glamorgan, in helping to frame both the US Declaration of Independence and the Constitution, and duly claimed 13 Presidents as Welshmen.Serious concert work began in Uniontown, Pennsylvania and continued across the Canadian border in Ontario with performances in Hamilton and Toronto, where the Minister of the Welsh Presbyterian Church was the Rev Alwyn Evans, native of Blaenllechau, Ferndale, and brother of our choirs baritone soloist, the late Mr Elfed Evans.Returning to the USA we were very well received in East Aurora just outside Buffalo and then made our way via Binghamton to New York City and a concert in the Cathedral of St John the Divine, with Cherubinis Requiem taking its place alongside Llef, Llanfair and other Welsh favourites.As always, we did as much sightseeing as possible and made as many friends as possible, and it has been a great pleasure to welcome some of these new friends on return visits to Wales. And indeed there will always be a welcome for visitors to attend rehearsals at the Morlais Hall in Ferndale, 7.30 to 9pm every Tuesday and Friday throughout the year except Christmas and New Year - if you cant get over to see us in person please feel free to sign our guestbook on our website www.cor-meibion-morlais.org.uk