Last night I watched the television programme in which Professor Pearson explained his theories. He showed Durrington Walls, a settlement about 3 miles from Stonehenge where the people who actually built the henge lived while they were doing so. He estimates that about 4,500 people stayed at the settlement and that at certain times of year, for example at Winter Solstice, there would be great feasting with large numbers of pigs, cattle and so on being consumed. In fact, they have examined the bones of animals found at the site and discovered (from strontium tests on teeth) that the animals came from as far as Orkney (about 700 miles away)! They came from all over the islands as though Stonehenge was the most important spiritual place in the country.

He and his team have also done similar tests on the "Beaker People" found buried at Stonehenge and Avebury and discovered that the Avebury Archer (as he is known) was from somewhere in the Alps but the rest of the Beaker People seem to be from these islands.

I suspect that there's a great deal more to be learned about this extraordinary place and about the people who came there for spiritual purposes.

I'm sorry that the extract below looks a bit messy but I had to snip so many bits off to get it on one page! Another new theory about Stonehenge anyway. 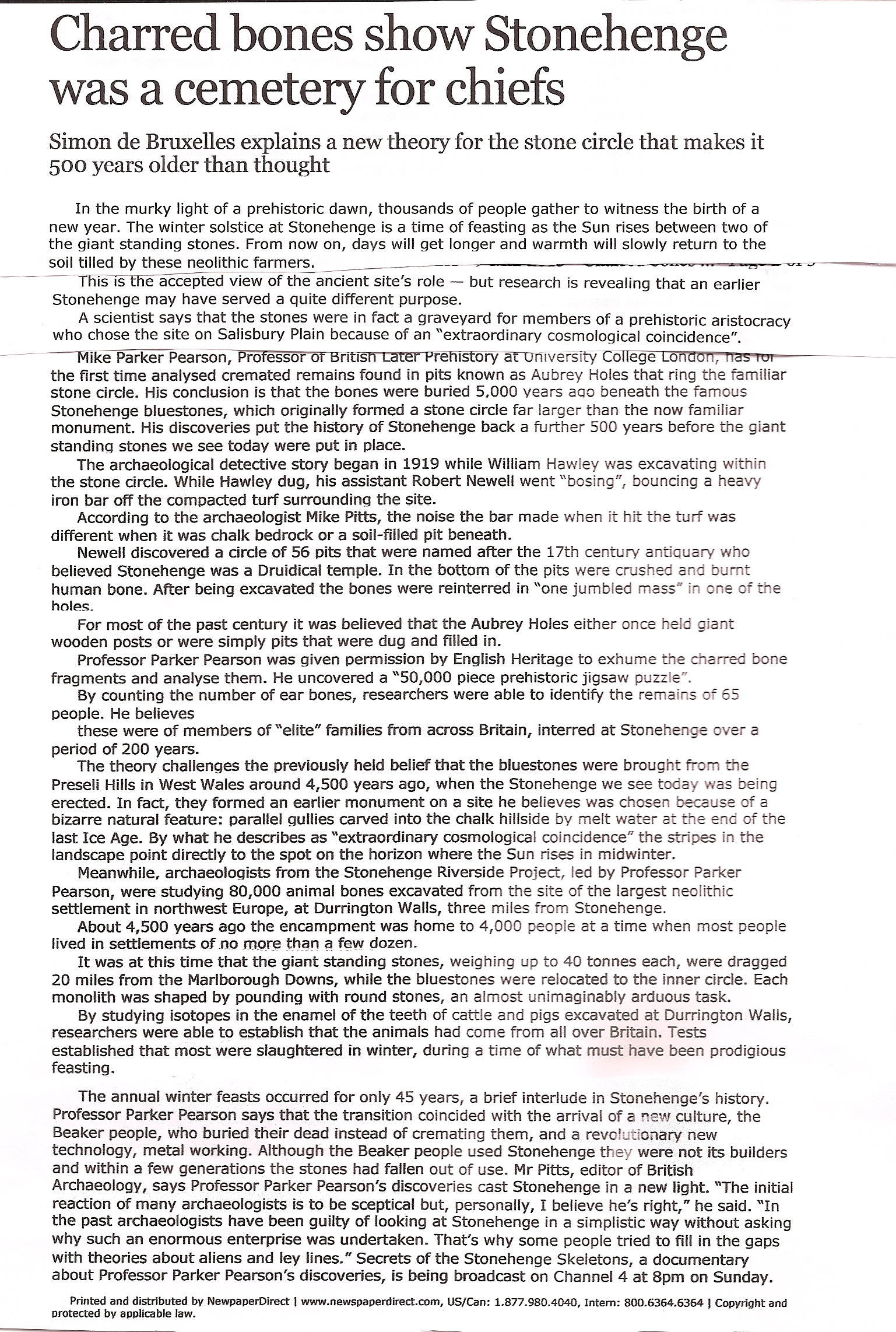