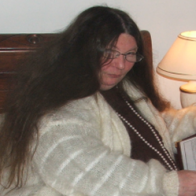 Britannia Prima (Wales and West Country) was the longest surviving province of Rome.

The region around Caerleon, and Somerset/ Wiltshire was heavily Romanised. Caerleon was recently discovered as being a second major port when it had been thought London was the only port of the period.

However although keen on Roman comforts and civilised culture, when the Romans left it was this region that reorganised the most successfully. It held off the Saxons longer than any other.

This perhaps links back to the pride and strength of the Silures of southern Wales who had held off Rome for a whole generation and trounced a legion! (unheard of). Interestingly Tacitus never actually states the Silures were conquered, just that the war ended. He's quick enough to boast of other conquests so it is possible this was a quiet truce and pact.But once subduedthe silures were quickly trusted with self government and had their own rich civitas. That again reflects a strong and respected foe who successfully negotiated a constructive peace.

The fighting ability of this region, and its adminstrative skill carried over into the centuries after Rome left.

I have spoken with the museum at Caerleon where the displays are almost totally Roman. The Celtic/ British side is so often badly neglected. Yet Rome had a limited effect here. Our people were good at choosing what they wanted and rejecting or leaving behind the rest. The museum is also keen on changing the balance so changes are planned over the next two years.