Prince Madoc And The Legend Of White Indians 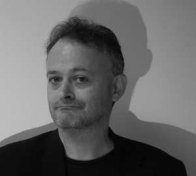 Unfortunately these videos are no longer available.

Welsh prince named Madoc who may have arrived in America three centuries before Christopher Columbus. Olson said Madoc came from a long line of ancient seafa...

Wikipedia (now apparently respectable!) has this to say (and it does give sources):

Porthmadog, pronounced /ˌpɒrθˈmædɒg/ and known locally as Port [...] The origin of its name is unclear. Some claim that the town is named after its founder Madocks, and indeed historical documents show that Madocks himself referred to the town as "Pentre Gwaelod" (translated roughly into English as "Lower Village"). [...]"

It also mentiones the Madog legend, implying that since documentary evidence is so thin on the ground, a conclusion either way to the origin of the name is next to impossible. (Probably for the best ^^)

Porthmadoc was not named for Prince Madoc but William Madocks, the chap who drained the land upon which it was built

I've always pronounced it Mado(c) as opposed to Mado(g) so I pronounce the town named for him Porthmadoc.Someone from that area may correct me!.Anyway it's certainly closer than Maydoc.

If as I believe,Madoc was the son of Owain Gwynedd,then he had a Viking grandmother as Owains father,Cynan was married to a viking princess from Dublin.This being the case it could explain Madoc's seamanship and also his awareness of the existence of America,both gleaned from his Viking relatives.

A recent article on this topic can be found here:-

Prince Madoc and the Legend of White Indians

This might also be a good time to reprise some recent history. The Madoc Plaque was not blown away by Hurricane Andrew but removed by the Alabama Historical Association for reasons which are stated in one or other of the blogposts referenced below. This led to a n international campaign led by Janice Gattis of the Alabama Welsh Association for its restoration. Others including Dave Parry, ( Chicago Tafia ) Carwyn Edwards ( Welsh League of Arizona ) and myself played a supporting role in galvanising Welsh and American Welsh opinion in support of the campaign. This campaign was ultimately successful...see THIS ARTICLE .

Here is a list of our blogposts ( some of them rather lighthearted and/or mischeivious ) on this topic from the Americymru Blog:- Madoc Plaque Posts on Americymru

And here is the online petition with over 2000 signatures:- Restoration of the Commemorative Welsh Prince Madog Plaque to Mobile Bay

May-Doc? - I have been to Mobile Alabama where the "Mad Dog" river was supposedly named for Mad-doc. There in the genealogy section of the public library they have a file of Madoc related articles. I went to see the plaque only to be told it had been torn down by hurricane Andrew.

I have not read Olsen's book but my two favorite on the subject are Madoc: The Making of a Myth by Prof. Gwyn A. Williams. This book explores both the origin of the legend and it's subsequent influence on different generations of Welsh immigrants to America. Although he gently dispels the chances of the story being based on fact, it is a great exploration of the mindset of Welsh Immigrants and their aspirations for the New World.

Also worth a read is Richard Deacon's Madoc and the Discovery of America. This is a very thorough exploration of all the evidence amassed to support the legend. Deacon seems to want to believe it but, unlike many writer's on the subject, restrains his passion and explores the evidence objectively.
I am a passionate Padouca hunter and admit that the legend inspired my interest in coming to America and I am always delighted to discuss elements of this wonderful and powerful legend.