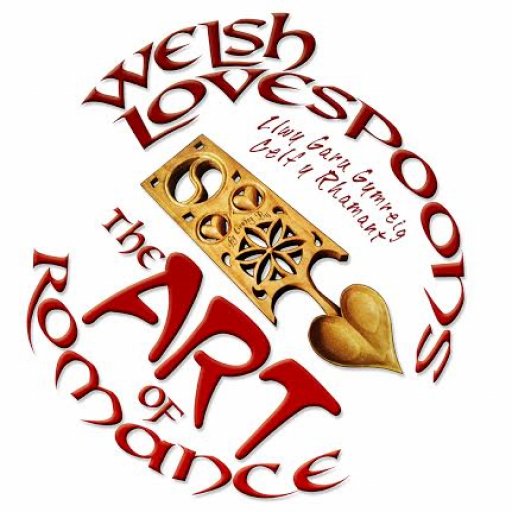 The last couple of days were spent in zen-like contemplation, practice and refinement. I finished the cat and began working on the chip carving for the stem. I discovered a couple of interesting things. I haven't done much chip carving in the past, because it seemed like such a struggle to get it to look right. I discovered that I just didn't have a knife properly tuned for the work. As I began working on the practice piece I got increasingly frustrated at the way my knife was behaving. I was either having to use much more force than I wanted to, or I was having to make multiple thin cuts to do what most people do in one cut. The sharpness wasn't an issue; the issue was the blade profile. Most chip carving cuts are done with the first 1/8" to 3/16" of the blade. This blade was simply too thick, so I spent about 3 to 4 hours regrinding, sharpening and polishing the blade. I changed the inluded angle of the edge to about 15 degrees or less. I also ground a small swedge on the back of the blade near the tip to decrease the friction of the blade against the wood. I also rounded the back of the blade to make it more comfortable to push against. What a difference! Chip carving changed from a chore to a pleasure in one fell swoop. I still need to make the swedge a little wider and do more polishing on the blade. 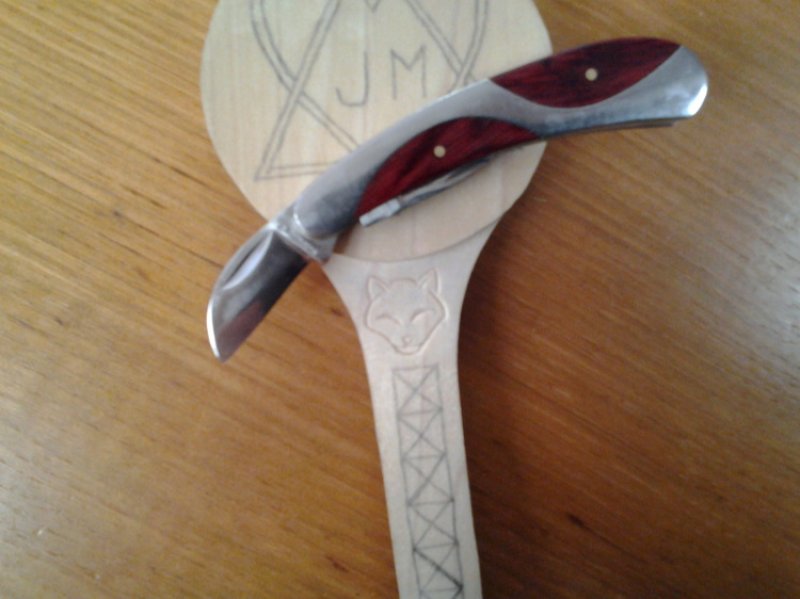 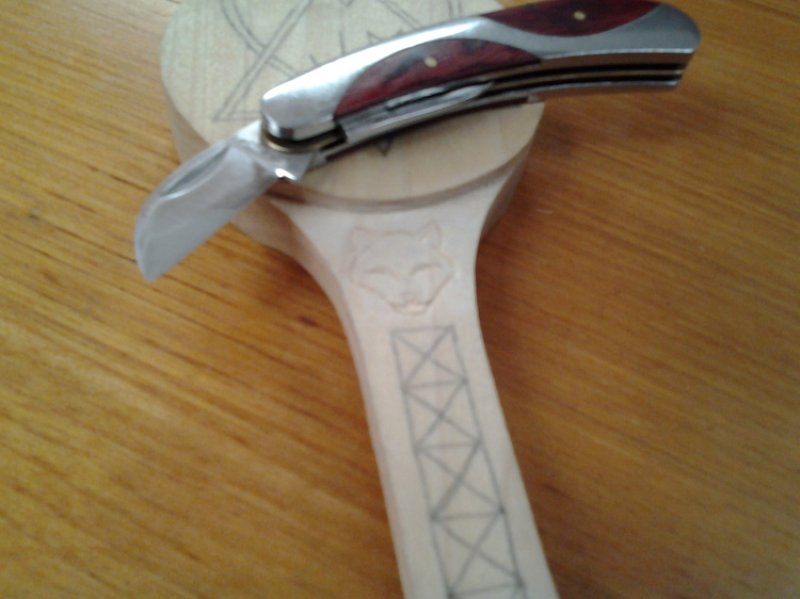 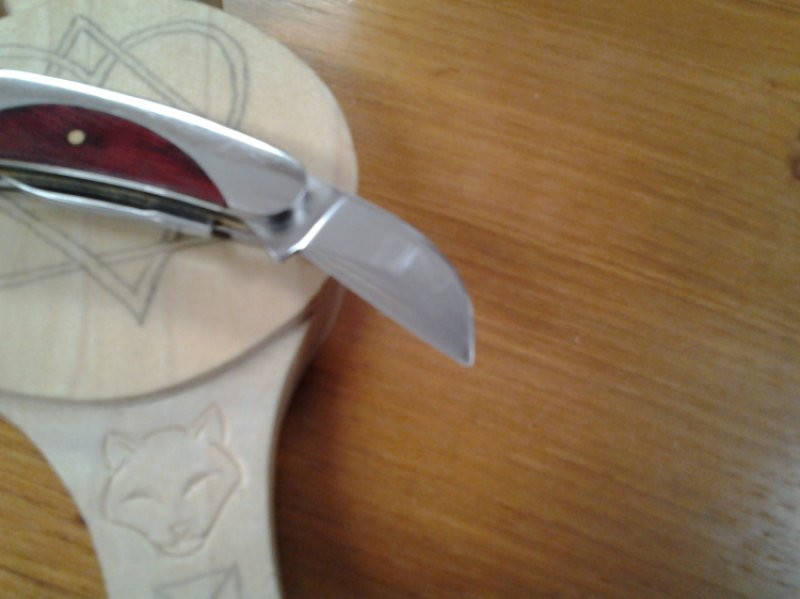 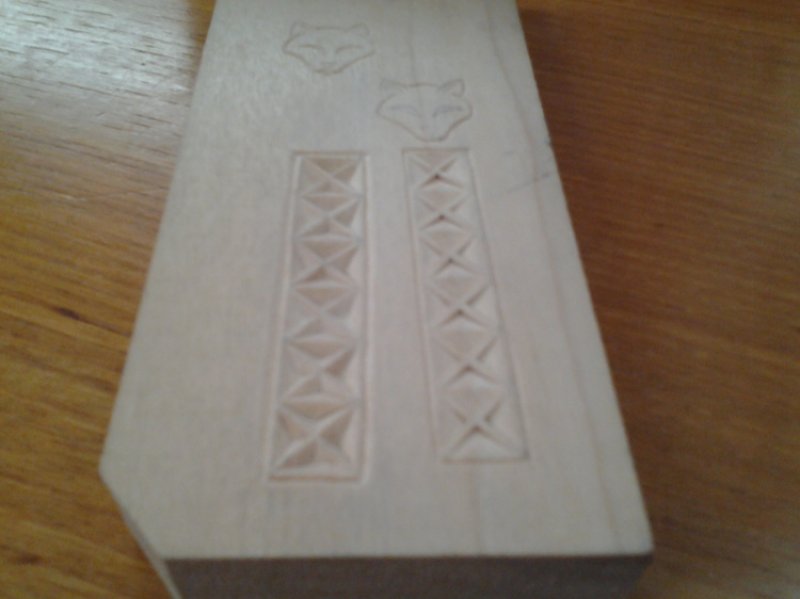 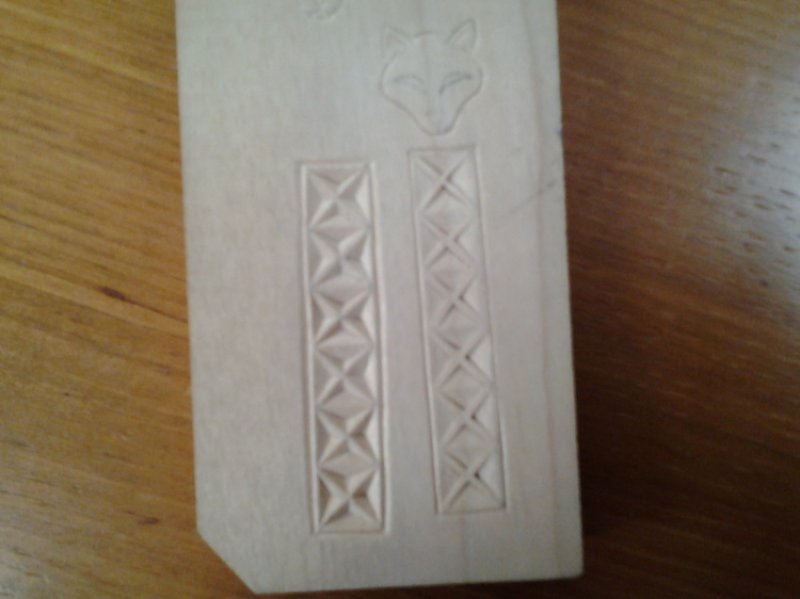 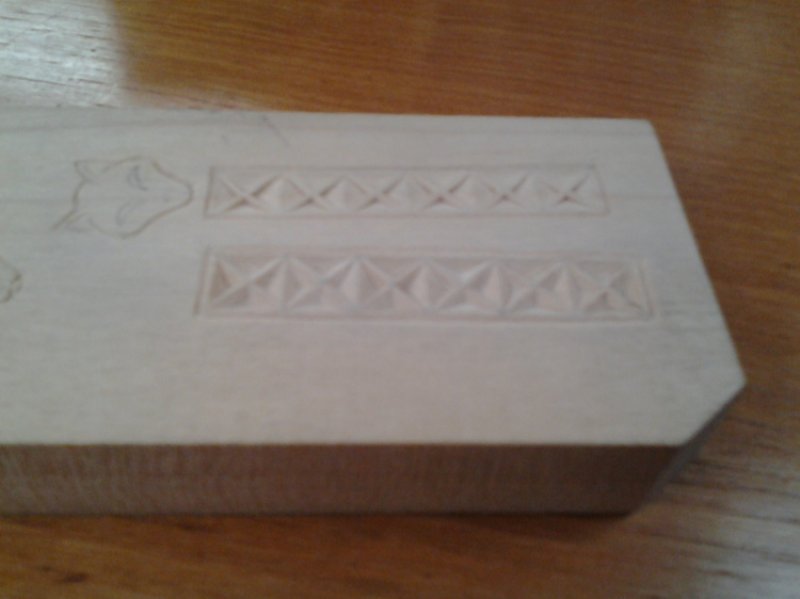