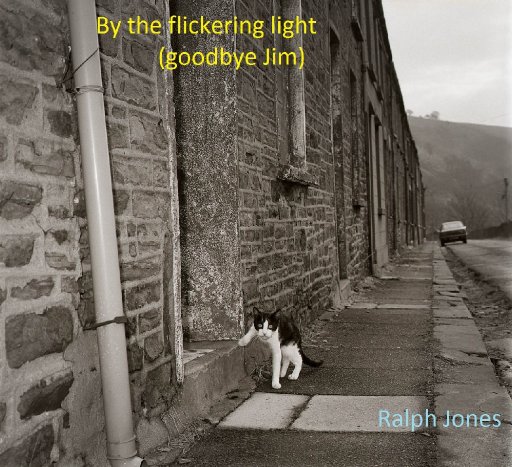 Can you possibly imagine, being no more than a child?
To be pulled from your bed, and dragged off to work as you cried
At an age where all you want to do is play
Not to be dragged down a coal mine, for a pittance of pay

Used in seams so damp, wet and narrow
Where even the pit ponies wouldn’t go
Crawling on your hands and knees, harnessed like an animal
Soaking with sweat, clothes ripped to shreds. Is this natural?

Or left all alone for hours on end, guarding the ventilation doors!
Alone, for ten hours or more?
In the darkness, silence and gloom, the time seems endless
The cold, biting into the young bones, terrified, scared witless

Childhood, the most important years!
They should be cherished, not sent down a mine in tears
Shackled to a coal haulage implement, in places so wet and so low
Clinging on with fingers bruised and bleeding, scared to let go

Some working fourteen hours a day, seeing very little day light
Dragged off to work in the middle of the night
Coming home, sometimes with little to eat or a place to bathe!
Their young lives passing them by, to the mines they were slaves

The coal mines, where the word safety didn’t exist
Many of the children, to be put on an early deceased list
Children taken to the mines by their father
Fathers mostly unable to read or write, never knowing any better

The families were all very poor
If they don’t work, no money was coming through the door
Sometimes the whole family went to work in the mines!
Still they barely survived, even when their money was combined

The younger children who worked there
Would be pushing the heavy wooden tubs of coal, often in pairs
Back breaking work for those so young
Pushing heavy tubs of coal to pit bottom, not out playing having fun

The hurriers harnessed to the tubs, like small pit ponies
Thrusters, pushing from behind, children hands so small and bony
Children, many catching illness’s, they were unable to be saved
These children, who had no childhood, destined for an early grave

A life where puberty can be thwarted
Legs, knees, spines and feet horribly distorted
Girls, who develop pelvic deformities
That could later life cause childbearing difficulties?

Those who were lucky enough to survive, by God’s grace
Would be sent to work in the coal face
Working with a candle or a safety lamp
Hot, cramped, squalid conditions, many perishing with the firedamp

Firedamp or methane, call it what you may
No taste, no smell, but in a flash, it would take you away The
silent killer, always lurking in the coal mines
No mercy, no warning, not understood in Victorian times

So, as you watch your children playing happily in the sun
Try to imagine these children, lives over barely before it’s begun
Sitting in the cold and the damp, behind wooden doors
Dark, dinghy, foul smelling, sitting on a sodden dirty floor

Waiting all day in the dark, as a door keep
Frightened to fall asleep
If they did, they may be beaten, and their meagre pay docked
Just sitting in the boredom, waiting for the door to be knocked

Victorian times, where the factories were flourishing
Where the workers were like slaves, working for next to nothing
Those days, when there was no such thing as electricity
Where coal was a much sought-after commodity

And the mine owners were quick to see
Give the parents a job, the children work almost free!
The mine owners generating vast wealth
Not caring about the worker’s health

Uneducated people to them, only fit to work underground
Cheap labour to them, with very little work to be found
Except the mines and the factories, all owned by the paymasters
Living in depressing squalor. The paymasters houses full of laughter

Where children on the Sunday, the Lords day, day of rest
Would stay in their beds, not go out to play, they had no energy left
The modern day mines we thought, were hard and uncompromising
Nothing like the Hell these children endured, not living, just existing