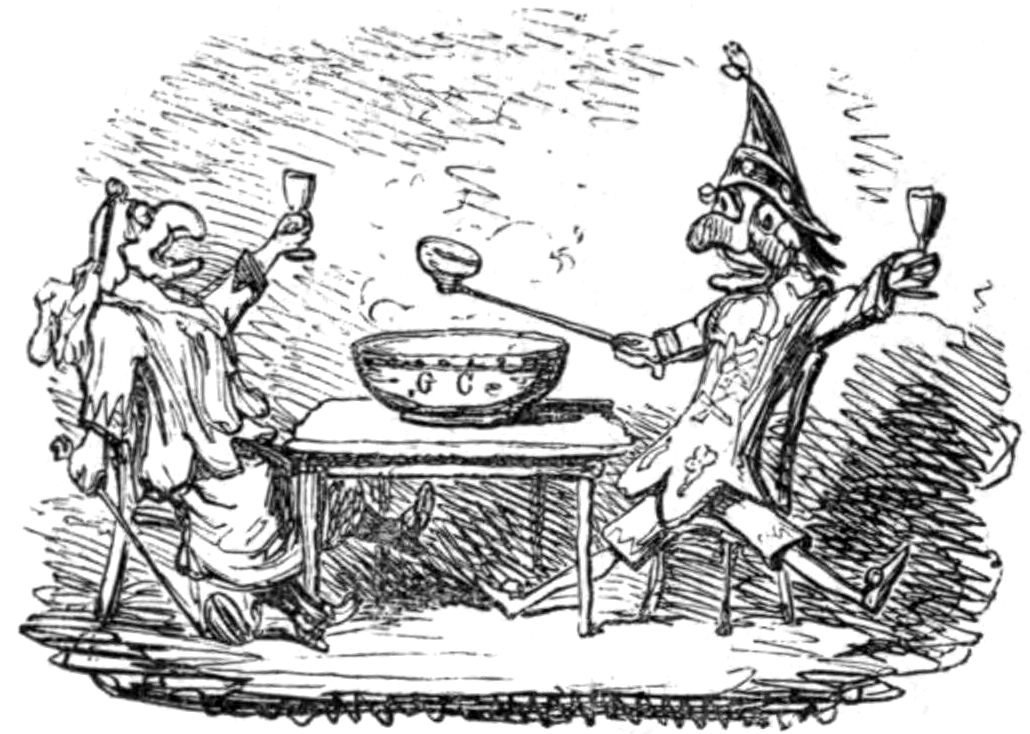 “Ello ‘Ello ‘Ello what’s all this then?” said Constable Grunt, as he arrived onto the Barry Island Seafront promenade.

Before him sat a group of mixed children and adults, all staring up at a fairground booth, beautifully painted in red n white stripes.

As the Policeman strode forward on his size twelve feet Dr Marten’s boots- the sound of a kazoo playing the theme from Laurel & Hardy was heard emanating from behind the curtain of the booth.

Contrary to popular belief, Constable Grunt had originally possessed a sense of humour but it had been extracted at birth together with his umbilical cord – besides, it had been a long day trying to enforce the unworkable rules on social distancing imposed due to the Covid-19 pandemic- so he was in no mood for humour.

Especially humour at his expense which undermined his authority.

The Punch n Judy booth was set up with it’s back to the railings on the promenade and was surrounded by the audience in a semi-circle, who had paid a small fee to the performer’s assistant- known as the Bottler- for the show.

The Bottler had lived up to his name and bottled it upon first sight of the long arm of the law.

The children and adults swung their attention from the booth to the Constable, who was accompanied by the latest version of a female Hobby Bobby- a Boris Johnson Covid- 19 Beadle.

Yet another attempt by the Conservative Government to return the former United Kingdom to Victorian values.

“Is there a pwoblem Officer?” asked the hidden puppeteer through a rasping kazoo.

His speech impediment didn’t help the intensity of the laughter from the crowd.

Nor did his strange accent.

“ We have had a complaint about suitability of the show that you are putting on for children and also a flagrant breach of Covid- 19 social distancing rules from a Member of the Public!” grunted Grunt.

There was no sign of any person in the booth.

“Can you tell who complained…eas it someone from Bawwy Island?” came the kazoo voice.

“No!” replied Grunt rocking on his size twelve heels.

“I bet it was Pwetti Patal again watting on her neighbours!” replied the invisible puppeteer.

The Home Secretary was his boss – just like that other Nazi regime from 1945- he was just following orders.

It was a perk of the job and purely coincidental that he enjoyed making other people miserable.

The silence was broken by the reply from inside the Booth.

“Don’t you know that the Punch N Judy entertainment at the seaside has been around since the 1600’s – Comedie dell’Arte – even Samuel Pepys wrote about in HIS diary too!” complained the voice of the unseen puppeteer.

“Looks like someone has been studying British History!” said the non-laughing Policeman.

“Perhaps that may be a fact…but the complaint has come from a source high up in the Court system complaining that your actions are prejudicing a High Court case on libel proceedings!” said Grunt.

“Well your choice of the leading characters- being Hollywood A- & C-listers Johnny Depp and Amber Heard!” ordered Grunt.

At the mention of their names up popped the two characters who took a bow to the audience.

The children cheered loudly as the puppets appeared.

“I don’t understand -no-one complained when I used a puppet of Caroline Flack?” said the invisible man.

“Look it’s not acceptable to portray a Wife being beaten up at a seaside booth for children- it sends out the wrong message!” said the female Hobby Bobby.

“Who are you when you are at home?” asked the puppeteer hidden below the wooden stage.

There was silence from the booth and then came the ‘Punch-line’.

“Tell me children when you grow up… do you want to be a Fanny Fiddler just like her?” said the voice.

The children laughed as did most of the adults present.

The Covid Beadle blushed redder than Neil Kinnock after seeing the General Election result of 1992.

“It’s not just a complaint about the violence it is the content of the act!” continued Grunt.

“The way that the lead character handles the baby too!”

“That is as traditional as the appearance of the crocodile and the sausages!” protested the Puppeteer.

“Okay but why threaten to hand the baby over to Lost Profit’s singer Ian Watkins?” countered Fiddler regaining her confidence.

“How do you know?....you have never paid to watch the act?” queried the Puppeteer.

“I was standing on the rooftops…!” she said.

“What rooftops?” asked the hidden performer in a Turkish dialect, this time pronouncing his r’s immaculately.

“We are on the Barry seafront promenade!”

“The complaint was principally about the violent conduct which portrays Mr Depp as a wife beater!” said Grunt in the best assertive voice, that which his Bridgend Police Training had instilled in him.

“At a Punch and Judy Show….haven’t you guys ever watched anything on Sky Atlantic or the internet….everything is much more graphic now- much more than two characters threatening each other with sticks….it’s not exactly as if it is the film Zombieland now is it?”

“Can I claim it back on expenses?” asked Fiddler.

“The MP’s usually do when they watch the petty puerile childish squabbling …it must remind them of the House of Commons!” replied the invisible Hands.

Both Fascists looked at each other and shrugged their shoulders and sat on the promenade wall, helmets and stab proof vests unbuttoned.

With that the show began once again.

Up popped a new character in the place of the Hollywood A-Listers.

“Hi Sprogs, hope you are having a bonzer day in the light drizzle here at Barry Island Prom….it’s the last day of the Poms too….as you are soon to be invaded by that lot in the Channel from the Calais Jungle!” said the character in the worst Australian accent since Dame Edna Everage merged with Sir Les Patterson and became Barry Humphreys.

It was almost like he was from Afghanistan rather than Oz.

“Look Sprogs. I should know about my sea creatures because I took them all to my Heart!” replied the character clad in khaki shorts.

As he did so he opened his khaki shirt to reveal a massive hole where his heart should be.

“He could be a Tory MP!” said little Billy Booger, whilst picking his Covid-19 encrusted nose and then flicking it at his mate.

Back in the booth, up popped a crocodile and the Aussie promptly wrestled it down like it was his pet dog.

No sooner than they had disappeared than a string of sausages popped up from below the counter.

“Oops….give us my intestines back… you naughty boy !” came the same Aussie voice from Down Under in Istanbul.

As soon as the Crocodile Man disappeared the Hollywood Titans reappeared and continued their clash.

“Have you seen the mess down there is it ‘From Hell’ said Heard anger level on green.

“A bit like you before make-up on the set of our film Rum Diary (2011) in the morning!” taunted Depp.

“You can talk – ‘you monster’ you will be ‘Finding Neverland’ the next time you try and mount me for a ‘Late, Late, Show!” spat back the Spouse.

“Oh you are Sauvage….just like that awful Dior aftershave you advertise on telly…I gave it to the Down and Outs in Beverly Hills – they already smell like you after your Rum Diary entries!” said Heard turning Amber.

“I only took that advert to select where in the desert sand I am going to bury your body!” snapped back the Pirate of the Caribbean or Somalia.

“It’s not just dead men that tell no tales…..remember that!”

“Did you hear that children?.... Tonto Johnny here making threats ….it’s the last time he will have a bird on his head….it’s just like you witnessed at home during lockdown before you were forced to go back to school to catch Covid-19 to infect your parent’s with!” said Amber picking up a cut throat razor.

“Bring it on baby!” said Johnny affixing his Edward Scissorhands.

“Let’s see if you really do have ‘Heard’ immunity!”

“Stop the show.. that’s an offence under the Offences against the Person Act of 1861!”

“In case you not know… dem not persons…day Puppets!” replied Kazoo- this time with a trace of Nigerian.

A collective gasp came from the adults in the audience.

They didn’t expect the ‘Fourth Wall’ to be breached.

The kids didn’t care as long- as there was a steady supply of Haribo sweets they were content.

The Puppet Master was correct but Constable Grunt couldn’t back down now not in front of the children and his sidekick.

Before he could react onto the stage came a third puppet.

“That’s clever….three puppets on the go at one time…he must be extremely talented in the trouser department!” said Fiddler.

It was a Hangman wearing both a wire and an F.B.I emblazoned jacket.

They were both followed by a ghost.

The ghost of Jeffrey Epstein.

The puppet of Johnny Depp opened his mouth to looked scared.

The puppet of Amber Heard looked even more scared as she misread the name on the back of the Savile Row shirt and thought from first glance it was disgraced Film Producer Harvey Weinstein.

“There must be two of them in that booth!” whispered Fiddler captivated by the show.

“I thought that!” whispered back Grunt.

“Me too!” said Heard listening in on the conversation.

“What shall we do now that Home Secretary Priti Patel has repealed the Human Rights Act children?” asked Kazoo- this time in a voice deeper than Brian Blessed’s bollocks.

“That’s the way to do it!” said Constable Grunt getting carried away enjoying the spectacle.

“Dew…this Kazoo Puppet Guy is brilliant with those different voices – like Rory Bremner or a male version of Nina Conti!” said Constable Grunt approvingly to Fiddler.

Their fun was suddenly stopped by a millionaire professional sea-watcher from Kent.

“The Great British public is being fleeced every day by Health Tourists and you guys are too busy watching ‘ seaside special?” moaned the Frog Faced Toad.

“I suggest you check the booth!” continued the Kent Kermit.

Constable Grunt waded through the children and peered down into the booth.

It was completely empty.

No puppeteers or puppets at all.

“You Muppet!” said the Englishman.

As Constable Grunt slid the booth to one side- it became apparent that the booth was over a Welsh Water manhole surface water drain cover.

Placing his truncheon under the handle with a bit of ‘force’ he lifted the lid and peered into the darkness.

Just like the Black Hole of Calcutta peering back at him was around 20 pairs of eyes.

More eyes than a peacock’s back.

“Whilst you were distracted by the puppet show ‘ Johnny Foreigner here was busy helping that lot make tracks up the sand and into their bunker – awaiting the cover of the night to slip away to places like West Bromwich and Birmingham to add their numbers to the Black Country!” continued Dad’s Army’s latest recruit.

“If it was up to me with my Churchillian spirit I would fight them on the beaches and bite them on the features too!”

“But YOU are the one in Authority ….what are you going to do about them?” said the anti-amphibious amphibian.

Constable Grunt smiled knowingly, as he unclipped from his belt a cannister of CS Gas.

“Where did you get that- that’s not Police issue?” asked Fiddler.

“Extinction Rebellion!” said Constable Grunt removing the pin and casually tossing it into the stagnant surface water below.

“Saves on the paperwork!”