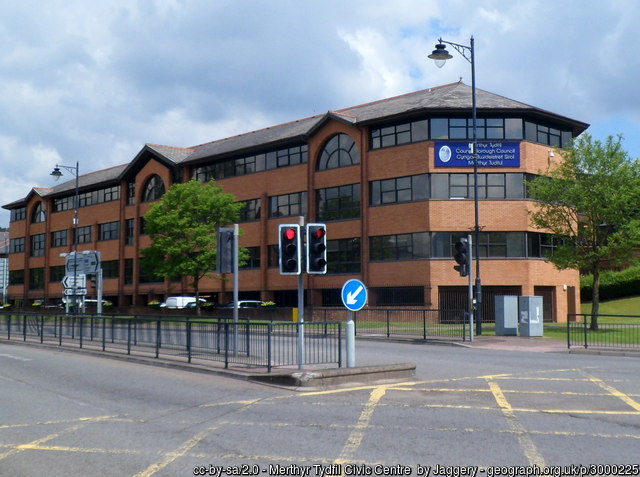 The father and son made their way through the underground car park of the Civic Centre in Merthyr Tydfil.

They were in luck.

They didn’t have to walk through the crowds of people that were stood in the forecourt outside the main entrance.

At the age of seven , everything was a game….no money worries…it was like being on his own Civil List .

His father , Richard tried to fake a smile, he knew he was at the Civic Centre for more serious business.

He was there to see the Council Social Services department to see if they would call off the dogs and let him remain in his late mother’s house a little longer.

At 59 years of age and working for minimum wage, he was outside the criteria to prevent the sale of her estate assets to fund her social services care.

All levied on a house his mother and father had scrimped and saved during their work-shortened lifetime to buy…going without holidays and luxuries just to hold a small piece of the British ‘Empire’ for themselves.

An Englishman’s home is his castle…but in Monmouth Drive Merthyr Tydfil…the Welshman’s home in Castle Park was being slowly sucked away from him by a parasitic Government who had not budgeted for the working classes living beyond the biblical three score and ten and their usefulness to the ruling elite.

They could take his home- legally anyway…the Act of Parliament was given Royal Assent , but they couldn’t take his love for his only son Thomas he thought as he ruffled his fair hair.

Times were so hard, he had to cut their hair himself with a fruit bowl placed on their already rounded heads which caused his son to fight daily in the local Gellideg Infants Primary School Yard.

As they ascended, the clunk of lift mechanism , jarred him and his son, as the doors opened unexpectedly on the first floor.

An elderly woman and her husband were ushered in by a burly looking security guard.

Little Thomas looked at the woman clad in a headscarf and sunglasses, she looked somewhat familiar.

She looked like that woman who made his Christmas dinner go cold every year .

And if there was one thing he hated it was cold KFC.

Reaching into his pocket, he pulled out a coin and checked it up against the profile of the stranger.

She didn’t have that jewel thing on her head but it still looked like her.

The lift clunked again and stopped with a thud.

The light went out for a split second before the emergency lighting kicked in.

At the same time to balance the Council’s tight budget the lights went out in the Queen Camilla Hospital Operating Theatre.

His father put a reassuring hand on his shoulder and told him ‘Not to worry’ it would start moving again soon.

The bodyguard was however having kittens talking wildly on his headset to someone in the building high above their heads.

The lift didn’t afford much room for four adults and a child and a tiny dog.

He lived in blissful ignorance of the lift cable snapping or an electrical fire breaking out.

The risk increased somewhat as the noxious smell of a sulphur fart hit the nostrils of the little boy.

Little Thomas looked at the nervous security man….then the old wizened Greek Racist….then the old woman with the baggy trousers….and finally he sniffed lightly at the dogs rear.

He knew it wasn’t his father’s brand.

His father knew what was coming from his outspoken son.

The regal strangers held their heads in the air, just above the green haze, whereas poor Thomas was trapped in the bad air pocket…like a miner in former Taff Merthyr Colliery after his mate had tuna sandwiches for lunch.

He didn’t give up.

Turning to Chris Ryan, the security man he tugged his sleeve and opened his coat in doing so…”it was you wasn’t it!”.

“ The one that got away!” he said refusing to give up as his nose had been wronged.

“ Then you need a Corgi registered installer to sort out his gas emissions!” said the kid not believing Ryan ‘s tale.

As a result, Thomas got his first sight of a loaded gun up close and personal.

“ Cor Mister….can I have a go of that ?” he pleaded as the barrel was pressed into his nostrils.

The security man ignored the child…..

“ You are lucky it is only American troops that shoot civilian kids!” he said a little disappointed.

“ Although if you give me the Royal Assent Ma’am!”

“ How much longer are we to be kept here?” she replied cricking her fingers as if ready to snap a pheasant neck.

Speaking into his headset, he replied ….” Not long now…. Your Highness…the Council have confirmed it is a fault with the lift mechanism….they are speaking to the lift manufacturers Otis in Reading as we speak!” reported the ex SAS man.

“I’ve heard of him….isn’t he one of those tar baby types that used to pick our cotton?” he said leaning forward past the corgi’s arse which was also in Little Thomas line of fire.

The Helen Mirren look-a-like just frowned at her husband and stood impatiently.

“ They do realise that I am over 80 years old now and trapped in a cold metal lift….at my time of life you can’t go too far from the throne!” she said fidgeting.

“ I’ve done it in here before and I know he did too!” he said pointing at his red-faced father.

“ He claimed it was payback for them trying to take my grannies house off him….if you go ill ….will they take that Buckingham Palace Place off you?” asked the child innocently.

For the first time the Queen looked down on her two subjects.

They were ugly, dirty, stank of old chip fat had warts on their faces and roundheads with haircuts from an old pudding bowl.

She noticed that the father, the one with the older warts was holding a Notice to Quit from her own Court .

“ I hope you lot haven’t got rickets, cholera or TB!” she said glaring at Ryan for getting her in this predicament.

“ These peasants are revolting!” said the Duke holding a silk handkerchief with perfume on his noses.

“ So what is the point of having a Royal Family in the 21st Century…when we can’t afford to fund the working man?” asked the young Republican.

“ What is exactly do you lot do for your money….his family home and arrears of Council Tax paid for the last Royal Wedding?”

“ That old chestnut…do many tourists come and see all of the other people on the Civil List too….what about tax….do you pay any?” asked the child of Chartism.

“ Of course, We…that’s the Royal We mind you pay lots of tax!” defended the Duke.

“ Might one enquire as to whom?” said Thomas sticking a finger up his own arse and talking poshly.

“ Exactly and we know where that is spent….not in Merthyr as you can see by our lift services!”

The captives were interrupted by the sound of the doors above being forced open.

The gap unfortunately was only one foot wide…only the corgi could get out.

“ Hurry up will you…she’s busting for a piss!” said Thomas eloquently.

“ If her waters go …I’ll be drowned first in the Royal Wee !” he said.

“ Remember, Britannia rules the waves…..not me!” he shrieked.

In the gap above, a selection of the Council members could be seen peering at them from a height above the lift.

“ At one time to be higher than the Monarch …I could have had them all killed!” said the Queen.

Both the Duke and the Queen turned their heads of state, the child was below 10 and therefore below the age of criminal responsibility.

It was then the QE2 started to leak angrily.

“ I know it is your ‘Golden Jubilee’ but I don’t want a Golden Shower!” said Thomas.

“ Dad …get your camera-phone out….take a picture of the Queen in mid-flow…we’ll make a fortune….Hello Magazine here it comes….the other ‘celebrities’ take the piss…why shouldn’t wee…..we can save the house!” he declared triumphantly.

In a second the French made -camera flashed and all were blinded by the radiance of Louis 14th the Sun King- .

“ Taking a shot at the Queen is….now I’ve been Civil….give us the camera-phone!” ordered the soldier.

“ 1789…Liberty, Equality, Fraternity….all them lot are my witnesses…democracy rules in Merthyr!” said Thomas pointing up.

“ Besides …dad has already uploaded it to my face-book account and only I know the password!” said the youngster.

Looking at the child with warts on his face, a roundhead and a puritanical attitude, the Queen felt a chill running through her blue blooded veins…..history has a nasty habit of repeating itself.

“ Get ME out now!” she demanded as the level of urine reached ankle level.

Reaching up through the gap with her white Gloves…the gathered elite couldn’t be sure if it was Michael Jackson, the Queen or the snooker referee Len Ganley speaking.

“ If I am not out in five minutes…heads will roll….starting with you!” she said looking at the Council Leader.

After calling in the Council DSO, the gap was widened and she was pulled out albeit indignantly in less than five minutes flat.

The same way they responded to other pensioners trapped in the St Tydfils Court, Caedraw Lift.

“ What about the other three?” asked the Council workmen.

Tossing in to the lift shaft a jam sponge, a left over from the delayed bunfight, she said casually…” Let them eat cake!”

“ What’s to become of us?” asked the three sets of eyes peering out of the dark…like a cellar in Lower Thomas Street .

“ Send them to the Tower!” she ordered.

“ Thanks Ma’am…Tower Colliery!” said Richard Cromwell hoping at last to get a better paid Valleys job.

“ Tower of London…peasant!” she said shaking off the drippers through the gap.

The Divine Right of Kings and Queens had been restored.