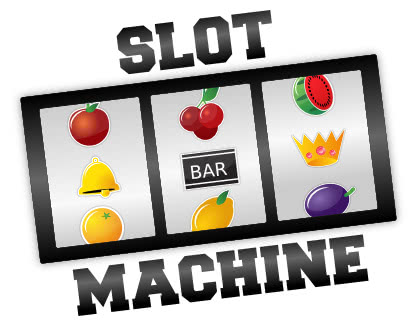 Her long hair flowed all down her back, as should stood next to a fruit machine in Victoria Street, Merthyr Tydfil.

Her doctor had advised her to change her diet and change her habits if she wanted to live past 40.

As the reels on the machine, whirred electronically and stopped with a red cherry icon, two bananas and an orange.

She had lost her money again, even if she had nearly had her medically recommended five fruits a day.

It was Wednesday and teenager Amber Punt was skint.

She had had her state ‘benefit’ and wasted it all on hopeless gambling.

Amber was born with an addictive personality, which meant she never knew when to quit- never learned that there was only one winner with a fruit machine or that odds and cards were always stacked in favour of the ‘House’.

She could never walk past a bookmakers without placing a bet, and therefore living in a first floor flat in the Town Centre in Merthyr above a fruiterers was not the best place to be situated.

In a recession there is only one growth industry and that is gambling and Merthyr Tydfil had been in recession for over 200 years now.

If ever there was a sucker born -it was Amber.

She had her money on Monday and had frittered it away by Wednesday , leaving her penniless and reliant upon handouts from food banks, wheelie bins and friends when she was starving.

By Thursday Morning, she would be competing with the local rodents over empty food containers fly tipped in the centre of Town.

She was often engaged in a life or death struggle with a rat over an empty pack of Cheerios.

She had zero prospects, no chance of improvement and had lived hand to mouth ever since her Mother kicked her out at 16 with her baby due any day.

Sadly, she had lost the baby but in a way it was a blessing in disguise, as what child would want to be born into an endless cycle of poverty, depression and addictions?

But despite her bleak future, Amber was never down- she was grateful to be alive and lived every moment to the full.

They say that the best things in life are free, but they omit luxury yachts, foreign holidays and jet skis from that list and poor young Amber would never experience any of those pleasures during her lifetime.

She passed the remainder of her week walking around the parks, tramping around the beautiful Countryside of Pontsticill, the Brecon Beacons and Pant, walking barefoot in the fields to save on shoe leather and drinking directly from the mountain streams.

To Amber, she lived in the Garden of Eden and as long as she didn’t stray into Cynon Valley or into Sun Valley, she felt free from the temptation of snakes and Fruit Machines.

Her favourite pastime was to sit on the brow of Heolgerrig Mountain and get a panoramic view of the Merthyr Valley in all is glory.

Gone were the black spoil tips, white slag heaps and brown polluted river and its tributaries.

Merthyr had paid a high price for the Industrial Revolution but was now being returned to its natural state before the Rape of the Fair Country, with wildlife and flora restocking the once barren landscape.

Gone were the mines and ironworks, but so too   the cholera and diphtheria.

Nature too was ‘the House’ and despite the pestilence of Mankind, the Earth will always rebalance and restock long after mankind has been forgotten from the history books.

Amber sat making daisy chains for her to wear, as she gazed at how green was her valley.

Her stomach rumbled loudly, warning her she was running on empty.

She glanced across at the Mountainside and wondered, as it was September whether or not there were any blackberries out on the brambles.

The Heolgerrig Mountain was bare – picked clean by straying sheep and birds as it sat high above the treeline-with its bleak barren windswept landscape.

Amber decided to try the Cwm Glo woods lower down , as she heard old wives tales that a witches coven once met there and lived off the fruits of the forests.

As she made her way over the wooden stile, her barefeet sank into the soft grass, as she strolled towards the copse of ancient oak trees, silver birches and rowan that had inhabited the Welsh upland.

Amber could see that nature had provided a bounty for primitive man in the form of fungi.

Mushrooms and toadstools were everywhere- as, in Merthyr, was primitive man.

They were growing untouched out of the remains of ancient trees and were all colours and shapes.

Mother Nature had laid on a banquet for her.

She felt like Eve -except she was fully clothed and thankfully there were no Aberdare people around.

She marvelled at the cornucopia of natural produce all around her.

Amber was a little wary of eating the mushrooms but being a gambler and being starving ,she had no real choice.

The first on her menu was a yellow and orange upright mushroom- it looked safe enough.

Unknown to the little waif- it was a mushroom called Chanterelle and was perfectly edible.

Once she had tasted it – her addictive personality took over and she scoffed the lot.

Amber was the kind of person who could not open a packet of McVities’ chocolate digestives and eat just the one.

She would have to eat the lot in one sitting.

She looked around at several other species of fungi which were extremely large and were shaded   white with a brown flat cap dome.

Unbeknown to Amber these were ‘Cep’ mushrooms or penny buns.

They were highly prized by the Welsh Italian community and used for pastas etc.

They called them ‘porcini’.

They had been transplanted from Bardi in Northern Italy and this particular variety was called ‘Chiappa’- as it tasted of coffee.

They were the ‘Emperors’ of the Forest- with a taste to die for- not die with.

Once again, Amber polished off the whole glade.

She then came across a whole ring of mushrooms in a ring.

They had little wizened faced and looked like Paul Daniels.

Amber didn’t know but these were ‘magic’ mushrooms or shrooms in Gurnos dialect.

She kneeled down, closed her left nostril and snorted around in a clockwise circle.

The thirty or so mushroom she had ingested via her nasal passages were sucked down into her throat and oesophagus and joined their mushroom cousins in Amber’s stomach.

Magic mushrooms are so called because they contain a primitive form of LSD or acid which has hallucinogenic qualities.

Very soon Amber felt nauseous and like she had trespassed into Lewis Carroll’s Alice in Wonderland- as the trees looked like they had faces and their long branches like long arms.

There was a red and white spotted fungi which loomed large and bizarrely spoke to her.

It was a toadstool called Fly Agaric and was highly poisonous.

It whispered to Amber to ‘eat me’.

Amber refrained as the remaining conscious part of her brain was still working.

She didn’t like its colours and didn’t fancy shitting out her spleen later.

There was something untrustworthy about it- like the look of a politician after they had been re-elected for another term of office.

Little did Amber know that the green ones were the highly poisonous Death Cap mushrooms and the white ones- the False Death Caps which were nutritious and edible.

The warring Mushroom Mafia families of the Valleys, were very protective of the food sources and didn’t want any members from outside the ‘Five Families’ muscling in on their fungi racket.

So they had planted both varieties to kill off the local opposition.

Only they and the local Coroners Department knew the difference- and they were well taken care of.

If they weren’t Bardi then they soon would be.

The Mushrooms stared back at her ominously and then started to sing a rendition of Paul McCartney’s ‘Frog Chorus’.

Amber was spooked but she was incapable of movement – and just sat like a Red Indian witch doctor transcending to a different astral plain.

Her head was spinning, her sight blurry and her speech was slurred.

Just like Sylvester Stallone in Rocky 6 -the Vampire Rocky Horror Picture Show movie- ‘Out for the Count’.

Then she blacked out.

The next thing, she was conscious of was the wind flying through her hair, as she sat astride her Harley Davidson motorbike.

She felt like she was capable of flight- a real sense of flying- as she flew down the narrow Heolgerrig Road, cornered like The Stig off Top Gear at the ‘Gambon’ roundabout passed the Cyfarthfa Retail Park and headed the wrong way around the roundabout and down the wrong lane of a dual carriageway like a cataract suffering 90 year old pensioner.

Cars flew at her in the opposite direction, as she zigzagged the oncoming traffic like she was a Hollywood stuntwoman.

Finding a small gap in the dual carriageway central divider, she hopped over into the correct lane, sending cars careering into each other for fear of being sideswiped by her Hawkwind ‘silver machine’.

In a psychedelic haze caused by the effects of the psilocybin in the mushrooms, she stared back at the wavy distorted colours of the traffic lights as they changed from green to amber.

She knew from experience on Merthyr’s roads that the sign for Amber was interpreted as ‘go faster’.

So Amber the Gambler went faster.

Unfortunately, in her hallucinogenic state she had stolen a motorbike but a disabled shopping cart with a top speed of 10 miles per hour.

Amber might have been fine if the Nantygwenith Street, Georgetown crossroads had been empty.

Regrettably, there were three other people all trying to beat the lights too.

Dick Scratcher, Merthyr Taxi Driver with his Provisional Licence to kill was the first to collide with the cart.

Finally, came Polish Student Lech Walesa Junior who having worked a night shift of 96 hours solid, forgot we drove on the left in this Country.

He slammed into the side of the cart that had been knocked sideways by the taxi.

His ‘Solidarity-mobile’ made out of a Volvo with internal metal cage adorned with ‘bull bars’ and thirteen spare tyres built for Cross-Border hashish smuggling was the wrong kind of vehicle for barefoot Amber to hit.

She became concertinaed, resulting in a mash of legs and arms that was reminiscent of back stage in a Stringfellows nightclub.

Her shopping cart was now the same size as an oxo cube and there was not ‘mushroom’ in that for a human being.

Amber Gambler had lost her bet.

And the moral of the tale is don’t drive ANYTHING under the influence of Psilocybin- as it isn’t magic or fun guys. 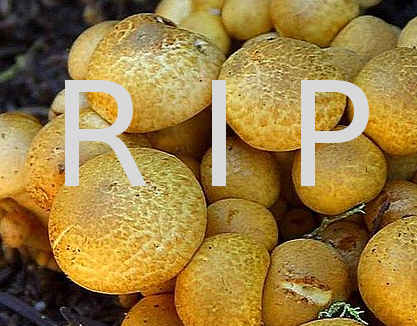