Forum discussion from the old group.

Posted by Theresa Clark on July 3, 2008 at 12:07pm in Welsh Independence: Practical? Desirable?

Interesting that no one has opened this topic for discussion, so I guess I'll do it!

I'm curious about a couple of things. First, does anyone think about Welsh politics? Any feelings about self-rule for Wales? Second, what significance do you think that the political realm has for Welsh culture? What is the impact?

Think about Welsh politics a lot, even though Im not really supposed to be, but at least Im not active.Im a card carryin member of the party. God only knows why, I'd be on the extreme right as far as they concerned, Id probably be asked to leave if I became active and voiced my views.

Tempted sometimes to dream of a fundamentalist Welsh society, not religiously just in terms of culture and I can easily see myself as a Macarthy type head of a commitee witchunting un-Welsh activity.

The clash between left and right would be regional, the left would be mainly camped in the old industrial base, the right would be rural and conservative, small businesses and aggrarian. But this would again be a generalisation. You then get the academic intelligensia ( I'd culturally revolution them if I had my way, put em to work in real jobs, graft) but they are rarely far from the earth, pit, mill,quarry, boat or plough,only a couple of generations at most.

One mixed curse/blessing (depending upon your perspective) is that Wales kind of lost its aristocracy from the Tudor time onwards, lands went to our brave boys who helped win Bosworth and these lands were close to London to back up the fledgling Anglesey dynasty on the throne.

So the peasentry were left leaderless. This is why my regiment is traditionally officered by English, or distant Welsh. Absentee landlords were the order of the day.

The coal and quarry masters 18th century onwards had none of the bond with their plebs the clan chiefs of Scotland had with theirs, whom they considered 'serve to lead' which should be the responsibility of social and economic rank. Like that great Lady on the Titanic said 'My rank and position in society allowed me the priveliage of boarding first and my rank and position requires the reponsibility of being the last to leave'. Respect.g

Im not really a true republican, Id sooner see a constitutional Principality with a descendent of the Royal line of Gwynedd on the throne with First Minister Shaw being sworn in at Machynlleth, so long as he remembers the boys who got him there.

So the Rt Hon Mr Shaw, if you are reading, I want a personal helicopter, a town house in the docks, a family mansion near the sea on the island of strong men, a statue of me looking heroic in Llangefni Town square 'Arwr y tywysogaeth' on it. Honorary Commandantship of the elite officer training academy in Brecon, in fact 'Williams Defence School' would be nice! Well, ruthless and uneccesarily brutal elimination of pinko hippy, vegan, pascifist opposition does not come cheap Cer!

You forgot the yacht mate! After establishing the Cymric dictatorship you never know when we might need to skip the country fast if the peasants revolt. A yacht's always handy coz you can pack more luggage ( Art treasures and such like ). As far as the helicopter goes...we thought we could bung you "Americymru One" . You'll have to change the taps coz we've only got Brains on draught and you might wanna clear all those stale Clarks Pies out of the back of the fridge. Other than that shes in tip-top condition and all ready to go.

The statue is no problem. I was modelling my own heroic staue pose the other day. Here's the result:- 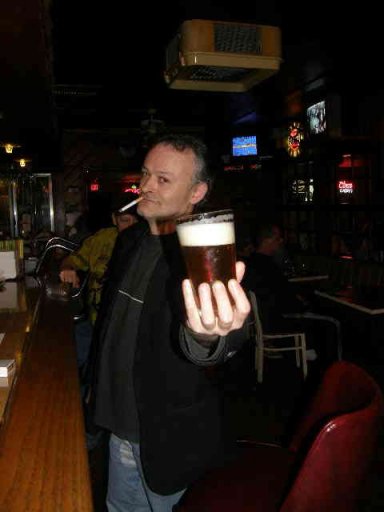 I think it strikes just the right note. The two houses and the military training facility will be no problem. We'll give you Mynydd Eppynt and a couple of rough council estates for urban warfare training. Anything else you need just let us know. 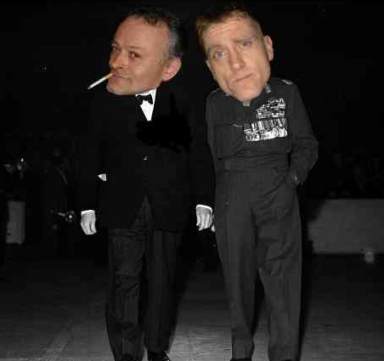 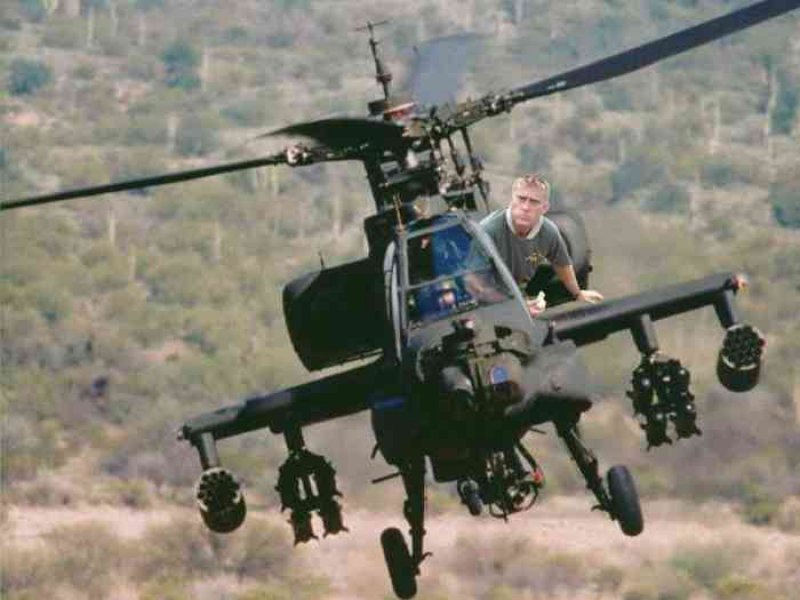 Alright, lads! You've provided some interesting fodder for discussion! But you may as well know I'm a single-minded lass on this issue, so let me ask the question a different way:

What does it mean to be Welsh?

Here's an answer from a friend in Australia that I've kept because it's articulated so well.

“To be Welsh is to have joy in your heart at being Welsh, to share this feeling with Welsh companions.

“When I grew up in the small village of Pontarddulais, I knew all my neighbors and they knew and cared who I was. When I would go to the village to shop for my mother, many people would ask how I was and how my parents were; it was all very friendly. I do feel sad for the children of today who will not experience this innocence.

“I now live in Australia and I have at last had the chance to learn about the history of Wales, which was never taught in school (can you imagine that!), as it was the policy to anglicize us rather than celebrate and revere our different culture.

“I yearn for my country’s freedom and despair at seeing it languish under the control of Westminster from where, since the Act of Union removed our right to exist, Wales has been misruled by uncaring politicians.

“I dream that Wales will one day be free to govern herself again and am doing whatever I can to that end. It’s strange how we are taught that it’s right for us to go and fight for the freedom of other countries, but that it is totally wrong for Wales to ask for freedom. The Welsh need to develop the confidence to demand their own freedom and to learn to dream again of what they can do.”

So now, let's have some thoughtful discussion about freedom for Wales!