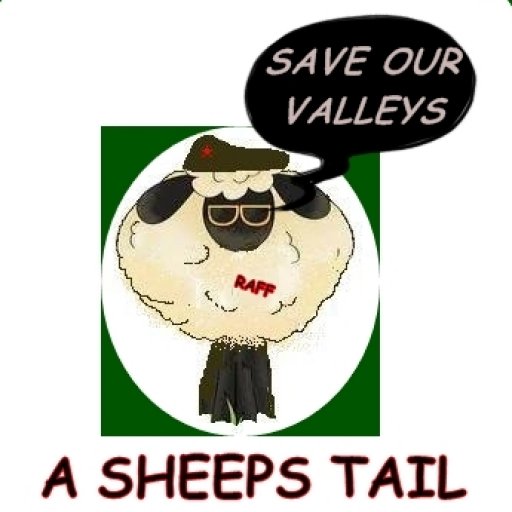 Aberfan and the Free Wales Army

Never Give Up - The Story of The Black Hole

Back in June of this year I decided to organize a Poetry Competition called The Black Hole, the idea was to get local people involved and put their thoughts about a proposed opencast extension down on paper. To write about the area as it is now, the beautiful Rhaslas Lake, the untouched wetlands where so many species of birds come to nest, the ponies, cows and sheep that live in the area, and the fantastic views of the mountains as far as the Brecon Beacons National Park , or to write about their fears of what would happen if the planning permission was given, how it would affect their environment, their health, their childrens futures, as well as tourism and jobs in the area that could be under threat.

I had a few responses, but not enough to warrant a publication, pretty disappointing. However, I decided because of the quality of the poems I had received, I wanted to get these voices heard, so I decided to ask a few people if they would submit a poem and agree to purchase at least one copy of the book for family or friends, also everyone who had contributed would get a Free copy.

This suggestion went down extremely well and before I knew it I had enough poems to publish the book, not only that there will be a 2 nd Anthology early next year. This is due to the fact that I have been attending an open mic . night once a month in Merthyr , and met many more poets with thanks to Mike Jenkins http://www.mikejenkins.net/ who was originally going to be one of the judges, but ended up contributing 3 fantastic poems to the book.

You can also find two more of the well known Poets on their links below,

The book is now available in paperback priced 3.51 with Free delivery in the U.K.

The Black Hole on Amazon.co.uk 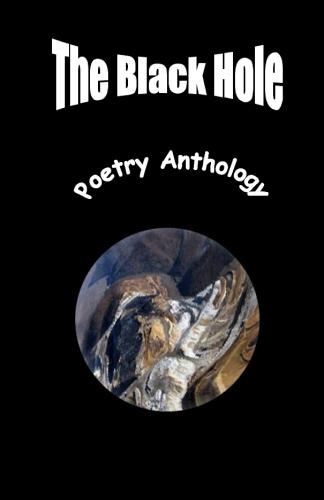 Profits from the book will go towards any legal fees accrued by United Valleys Action Group in their ongoing campaign.

There will also be a Kindle version available in the next few weeks.

You can join the campaign on the links below..

Due to the wonderful support and enthusiasm I have received in the making of The Black Hole I hope to bring out a second Anthology in January/Feb 2013, if anybody would like to contribute please get in touch, you can email baarbaara at

Thank You for your support and Watch this Space.

Introducing Mike Jenkins as one of our Judges for the up coming Poetry Competition Anthology The Black Hole many thanks for agreeing to judge, obviously it is a subject close to your own heart.

Closing date isnt until 30th June 2012 details are on this blogsite or baarbaarathesheep.com

A statement and poem by Merthyr poet Mike Jenkins:

At times I feel the exact opposite to Famous Seamuss dictum that all poetry proceeds from a received tradition. Sometimes Im totally with the Beats and the notion that poetrys like be-bop jazz : you begin with an image , but have no idea where youre going to or when it will end. Like Kerouacs prose, it can blow hot or cold, but Im excited by this because a poem can take over like that music and carry you away to places you never imagined journeying to.
The closest Ive come to it musically is jamming on the blues harp, all brought back by last weekends annual visit to my beloved Aberystwyth and the great cameraderie of old Uni. mates ( who werent the jammers, but knew them). Inspired by a purpley haze wed jam on the grass by the castle ; but, above all, there was our drunken return to my digs where myself ( blues harp, key of E ), Scouse Pete ( boogie piano and darts ) and Red Mal ( acoustic guitar and occasional vomit) would extemporize into the early hours. Luckily, there was no audience!


Poetry, however, requires a degree of sobriety and with an idea based on observing the filming of Dagenham Girls in the now derelict Hoover factory in Merthyr, I had the rough outline of a poem in my head, which would switch from location to location in Merthyr examining the possibilities. I never expected it to work out as apocalyptic and, retrospectively, I attribute that to Ffos-y-fran.


Im plagued by this huge opencast site overlooming the town like the numerous coal and lime tips of old. It seems to demonstrate how little weve advanced, how were still exploited for the black stuff despite all the cosmetic greening. They would not allow such a site ( due to last at least 13 years ) in the leafy lanes of Radyr and Creigiau.


In the 80s, I led a campaign against opencasting and my most distinct memory is of a large public meeting at Merthyr College addressed by representatives of Celtic Energy, who were ready to opencast south of where I live. One man stood up and spoke most eloquently and emotionally Weve paid our price for coal at Aberfan. Surely, we should pay no more!


Opencast is full of dirt, noise, dust and diesel fumes : its an environmental catastrophe. Moreover, it reinforces our reliance on power-station coal at a time when we must look to sustainable alternatives. It puts off other, cleaner industries from investing in communities.


I cannot escape Ffos-y-fran. Over a year ago, I wrote a poem about the writer George Monbiot and other campaigners who dressed as polar bears and chained themselves to the machinery there. The land at the back of my house, know as the Waun, is under constant threat of opencasting. Both our AM Huw Lewis and MP Dai Havard have consistently failed to oppose its scourge. Hopefully, the Climate Camp, soon to be set up, will be a symbol of resistance.


What about Ffos-y-fran
as a new planet for Doctor Who,
one called Devastation
with mutant creatures
trying to take over the Earth
with their poisonous dust?

What about all the empty shops
like Woolies being scenes
of an Apocalypse, after
the poison has spread
and many people are dead?

What about our politicians
suddenly appearing from Penarth and Afghanistan
like aliens in the town
baffled at the emptiness ?

What about the heroin addicts
with starved and young-old faces,
with craters in their eyes
full of that dust
and unable to cry?

What about those with metal sticks
as extra limbs prodding the pavements
and others hauling their own flesh
like bags of frozen food stitched
beneath elastic waists ; all searching
for a place not contaminated?

What about the cameras above the streets
recording ,unedited, as the rats and pigeons
scavenge on all the droppings
of the last people to leave
before the roller-blinds come down
and everythings sucked into a black hole above town?

We have such a huge coastline you would think we could use the power from the sea to generate enough electricity for everyone, thanks for all your comments....we have a huge fight on our hands here, but fight it we will, petitions are out all over the valleys and I am pleasantly surprised by everyone's response to them.
There will be a United Valleys Action Group Roadshow as well in a few weeks time so people can ask questions and get all the information brought right to them.
Apparently Miller Argent are setting up a public meeting in each area in the next month also,to put their points across.
They make me laugh, they actually have someone employed under the job title "Environmental Officer".

What Price? The real price of Coal, related to Preserving Rhaslas Pond

People do not realise the real price of coal, the horrible diseases people are still dying from today, the dust created by airborne particles from opencast mining, is polluting our air and killing the children and our future, breathing problems and lung related diseases are already on the up. The so called protected wildlife will suffer by losing the land that is their home and the nesting birds will go away again, the mountains will become barren, black deserts, because of the greed of companies like Miller Argent who put their profits before the health of people and the environment they are destroying.

We WILL NOT let this happen, they are thinking of digging marshland, home to many species of nesting birds, such as Lapwings, Plovers, Skylarks & many more, that hasn't been touched in over a thousand years, what right do they have to destroy this beautiful natural sight around Rhaslas pond?,

and the beautiful views that people see every day will be gone forever.

In the words of James Dean Bradfield "If you tolerate this, then your children will be next".

The Story of Wales

This has been a great series it's still available to watch on BBC I Player...

Rhaslas Not just a Pond

I sit beside this vast expanse of water, my vision completely encompassed with glittering blue, I blink and look up to the sunshine, before I lose myself, before I become magnetised by flickers of sunlight upon a moving mass of beauty.

I cannot comprehend why anyone would take away this marvel, a glory in its own right, but also a home to many, those around, and those who remain out of sight for fear of repercussions, a nest with eggs of lapwing can be stolen for a price, or for a meal for a hungry fox or badger.

Others come for the fishing, the elegant heron, like a dinosaur in flight, but oh so graceful, the ducks they love Rhaslas for they can dive the bottom for fish, for it is a rare pond, of shallow depth, no more than six in foot.

The algae and the pond weed is food fit for the gods, and sustains many types of wildlife, and the view of the pond and its inhabitants sustains the soul.

I beg of you sit there for an hour, on a sunny or cloudy day, sit on the bank and listen, and look out at the sights, if I am not mistaken you will feel rejuvenated and new, and above all you will know that I have told the truth to you.