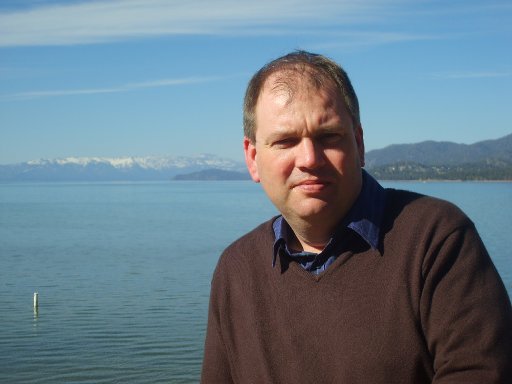 For the past three years I've been working on a documentary about Wales' first Hollywood star, who was also my grandmother's cousin!My documentary mainly deals with his life after Hollywood, when he spent fourteen years with the Paiutes of Pyramid Lake Nevada! He was known to them as Brother David, they had no knowledge of his former stardom!Long before he give up his acting to become a priest he was known to millions of his adoring fans as Gareth Hughes!He was very good friends with Hedda Hopper! Who wrote about her dear friend back in December 1963, in one of her very last columns! They had known each other for years, and had met when they were both young actors during the silent movie era!He began acting at a very young age, firstly here in Wales, then later at 17 years of age he was allowed to go to London to pursue his passion for acting. After a time, he joined the Welsh Players and travelled on tour with them to America. (There was another actor from Llanelli called Eleanor Daniels on the tour) When they returned to the UK (the tour was a flop) he decided to stay on in America and became very successful on Broadway.He appeared in many productions such as Little Miss Llewellyn, Change and a play by J.M.Barrie called The New Word, and later went onto star in a film based on another book written by Barrie entitled Sentimental Tommy, which was made in 1921. Even though he had already appeared in many films before, he always regarded Sentimental Tommy as his favourite and most successful. In total he made forty five films spanning 1918 to 1931, and was also the Welsh dialect coach, on The Corn Is Green made in 1945 starring Bette Davis (another welsh connection)."Sheer genius and poetry," Wilder wrote to describe Gareth Hughes. "And when his glasses are off, he is the divinest thing to look upon that I have ever seen."Thornton Wilder (1897-1975)Ceil.B.DeMille called him a young idealist.Fulton Ousler describes him as the charm boy to end all charm boysIve called him A Forgotten Welsh HeroAt the height of his popularity he was earning as much as $2000 a week.He was under contract to the big film studios of the time including Fox and MGM, who are still big players in the film world today.In 1929 like many others he lost his fortune in the Wall Street crash and was left penny less, but he carried on making films until 1931 when he appeared in Scarce Heads.He then decided to leave the world of film and return to theatre, which he had always been his first love. His last performance ran for 18 weeks in 1938 at the Hollywood Playhouse and University of Michigan where he starred as Shylock in the Merchant of Venice.In the early 1940s he decided it was time to leave this life style behind, having led a full and exciting but also lavish and selfish life he now wanted to change and instead give something back to others. Adopting the name of Brother David he became a missionary to the Paiute Indians on the Pyramid Lake Reservation of Nevada. He spent almost 14 years (1944 to 1958) with his children, as he liked to call them and is still loved and remembered as Bro to this day.In 1958 he decided to return to Llanelli to spend his last years here. But he longed for the sunshine of California and after 5 months he returned to the states.My documentary will be available for sale soon !Check out my website http:// www.desertpadre.co.uk for updates! Or drop me a line at desertpadre@hotmail.co.uk
Posted in: default | 2 comments