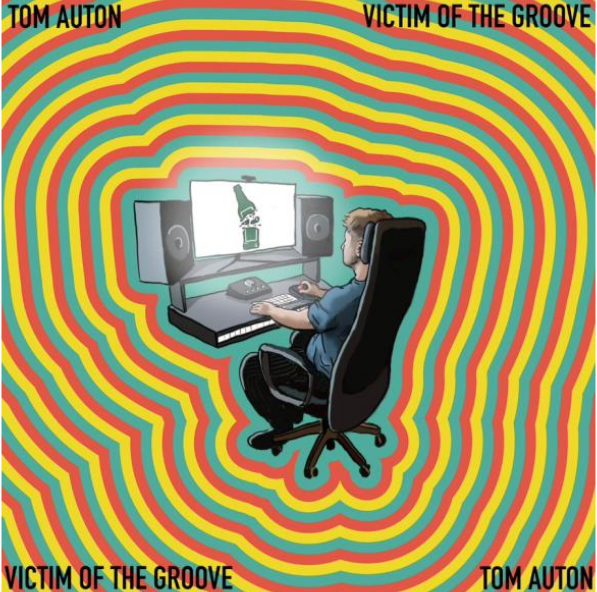 Wales’ Tom Auton has announced his brand new single blues-rock single Victim of the Groove will be released on Friday 26 February on all major streaming/download platforms. You can pre-save/listen to the track HERE

Victim of the Groove is a delicious slice of rock that’s infused with disco, to create an unstoppable deep groovy blues sound. The track is about the thoughts that rage inside you when you have a mental block. As Tom eloquently puts it “As a chef, you’d feel incredibly useless if you couldn’t cook anything. The same applies to songwriters when they can’t write songs.”

The track is short, sharp and incredibly catchy with a low-slung monster bass riff in the chorus, which is comprised of 9 different layers. Victim of the Groove is self-produced by Tom at Long wave Studios and mastered by Robin Schmitd (Liam Gallagher, The 1975, Nothing But Thieves).

“Victim of The Groove ironically explores the hatred I have towards myself, when I can’t write a new song. I explore this hatred... by writing a new song. Throughout the verses I frivolously wallow in a pool of self-pity, tearing myself down at every line. Then get to the pre chorus, I explain that self-doubt is part and parcel of being a musician.” says Tom.Victim of the Groove is an ode to self-success, battling with your mental health as you think you can’t reach your own previous successes. It’s one of Tom’s most personal tracks, as he further explains: “I invite people into the world of being an independent artist, cycling between two main emotions; thinking your god’s gift, when you write a good song and feeling worthless, when you can’t. I sum up the song with the title - “I’m a Victim of The Groove”.

The addiction to the groove started in 2016 when Tom received a dreadful mix of a previous single. The control freak within him spiraled out of control and started aggressively buying microphones, mixing plug ins and a laptop. Fast forward 4 years to the present day and Tom is living the true rock and roll dream; producing his own Rock and Blues records at the age of 21 from his own studio ‘The Syncopation Station’ (his parent’s living room). Tom’s produces and co-writes with a number of artists including Dan Owen, John Adams, Amber Leigh Irish and The Voice’s Chanel Yates & Jake O’Neil.

He’s received critical success on his previous records with Mother Mary being added to one of the most prestigious playlists on Spotify All New Rock, BBC Introducing’s Adam Walton calling him “An Incredible Talent” and David Owens, South Wales Echo claiming “Everything Tom touches turns to Gold” Victim of the Groove will be released on Friday 26 February on all major streaming/ download platforms. You can pre-save/listen to the track HERE