Talented singers to represent the Lackawanna Valley, and they need your help.

AmeriCymru » Blog » News » Talented singers to represent the Lackawanna Valley, and they need your help.

Buy A Book For Lackawanna Here
CLICK HERE TO DONATE 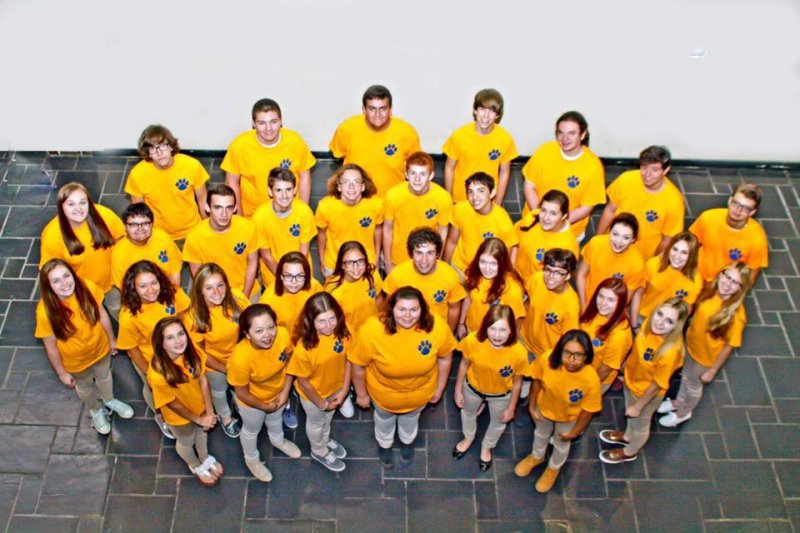 Archbald, PA: When Gina Lupini, Choral Director for the Valley View High School, was asked if she and her students would perform with a visiting Welsh Male Choir, she had no idea that her acceptance would result in an international odyssey of friendship and song.

In October of 2015, Côr Dathlu Cwmtawe, (The Swansea Valley Celebration Choir), came to the Lackawanna Valley, a place of historical significance to Wales and America, to sing and honor those who had come before in the 1830’s. Gina’s talented youngsters had earned a reputation of excellence and professionalism. Gina, was known to the choir for her Vivace choir performance for The Saint Francis Assisi Kitchen. This was an unforgettable event featuring The Catholic Choral Society, The Burlington Welsh Male Choir, and Gina’s Vivace. Their performance with the 60 voice Swansea choir directed by one of Wales’ most renowned conductors exceeded everyone’s expectations.

Our valley has an incredible choral heritage dating to the 1850’s. From its founding, the immigrants to the Lackawanna Valley have created a choral legacy of unsurpassed artistic standards that has reached far beyond our region. Our valleys sent five, 300 voice choirs to the Philadelphia Bicentennial of 1882. A choir composed of Lackawanna Valley singers surpassed the Mormon Tabernacle Choir at the 1893 World’s Fair choir competition. In the same contest, another Lackawanna choir came in third. The years 1891 and 1892 saw the Scranton Catholic Choir Association hold competitive music festivals featuring over 20 choirs, 25 singing societies and 65 soloists. More recognition came to Scranton in 1928 with a first place win at The Royal National Eisteddfod in Wales secured by the Scranton Anthracite Chorus.

Local newspapers covered almost every development in the 1928 adventure, both here and in Wales. The Johnson School, now The Johnson College of Technology, created a Welsh flag that flew on the ship’s mast while crossing the Atlantic and was presented to Wales at the competition.

Our valley has a special place in the hearts of the Welsh, especially Welsh choirs. It is our history and tradition that brings their choirs here. It was the upholding of that tradition of excellence by our young singers that drew the attention of Conway Morgan, the Celebration Choir’s director.

Now, The Côr Dathlu Cwmtawe Male Choir and Her Majesty’s Representative to the County of Powys (In the heart of the Swansea Valleys) have officially requested that our talented singers come to Wales to represent our valley in combined events with Côr Dathlu Cwmtawe and their Regional High School, Ysgol Bro Dynefwr in June of 2017.

The tour will be for two weeks with performances across South Wales at popular venues and with other award winning Welsh choirs. While the students are from Valley View High School, they will be representing the Lackawanna Valley as Voices of the Valley. Their school gave their blessing for the tour, but is not funding it. All funds must be raised through the generosity of the public. All funds raised will be used exclusively for student expenses. Fortunately, facilities in Wales have given significant discounts for the students and expenses will be much less than otherwise expected. There will be fund raising in Wales, as well.

Our young people are continuing our rich musical heritage and certainly deserve our help to make possible this International Odyssey of Friendship and Song.

You can help these young ambassadors by becoming a personal or business sponsor, and by sharing this opportunity to become a positive participant in a young person’s life. The official kick off for the fundraiser will be in September with concerts, car washes, and special events. In the interim, we are seeking major sponsors who would like to be visible throughout the campaign through March of 2017. For many of these young folk, this will be the adventure of a lifetime. Join the quest, make it happen.

We are excited that these young people are bringing together two nations, two generations, and our valley communities through friendship and song. This is a perfect example of the value of the arts in our schools.

Our youngsters are washing cars, hosting bake sales, and scheduling concerts to cover the $65K for their two week tour. All funds raised are specifically for the expenses of the choir.

Find your way to help these hardworking students. Please go to our website to donate directly at: gvgb.co/voicesofthevalley

A Brief Account of Welsh Choral History of Northeastern PA.

As early as 1850, Carbondale was hosting literary and musical competitions. These competitions were a tradition brought to America by Welsh immigrants, and date from the 12 th century, Britain. The Welsh called the competition eisteddfod, and Carbondale’s was the first recorded in America.

These early events became the catalyst for NEPA creating a choral legacy beyond the Welsh community and unsurpassed in both artistic standards and numbers of participants. Important milestones in our regional musical history only hint at its depth and significance.

In 1875, West Scranton held competitions to raise funds for their library. A tent holding an audience of 6,000 was full to capacity for each of the 6 sessions. Special trains for the event were scheduled throughout the valley. Our valleys sent five, 300 voice choirs to the Philadelphia Bicentennial of 1882. The years 1891 and 1892 saw the Scranton Catholic Choir Association hold competitive music festivals featuring over 20 choirs, 25 singing societies and 65 soloists. The Cathedral Choir won the 1892 competition.

The 1893 Chicago World’s Fair choral competition listed two Scranton choirs, the 260 voice Scranton Choral Union and the 200 voice Cymmrodorion Choral Society. Their competitors would include the formidable Mormon Tabernacle Choir, also founded by Welsh immigrants. The Scranton Choral Union took the $5,000 first prize, the Utah choir second, and the Cymmrodorians, third. The returning champions were greeted by thousands of Scrantonians when their special flag and bunting festooned train arrived at Lackawanna Station.

Choral events continued into the next century with a 1902 Gymanfa Ganu , (A Welsh Hymn Sing) attended by 10,000 at the Scranton Armory.

International recognition came to Scranton in 1928 with a first place win at The Royal National Eisteddfod secured by the Scranton Anthracite Chorus. This chorus was formed the previous year specifically to prove the excellence of Scranton talent.

-----An extract from a pamphlet published 2007, written by Jerry Williams, Past President,


More titles being added soon to our 'Lackawanna Fundraiser' page. Keep checking back


Many thanks to Gerald P. Williams for giving us the opportunity to support this magnificent effort